Uno, the 2018 Olympic silver medalist and a two-time runner-up at the worlds, racked up 187.57 points in the free skate to finish with a 290.15 total at Yoyogi National Gymnasium, bettering his previous career high from the 2019 Four Continents Championships.

The 23-year-old top-scored in both performances to win his first Grand Prix title since the 2018 NHK Trophy and book a spot in December's Final in Osaka. America's Vincent Zhou was runner-up with 260.69, edging South Korea's Cha Jun Hwan by 1.09. 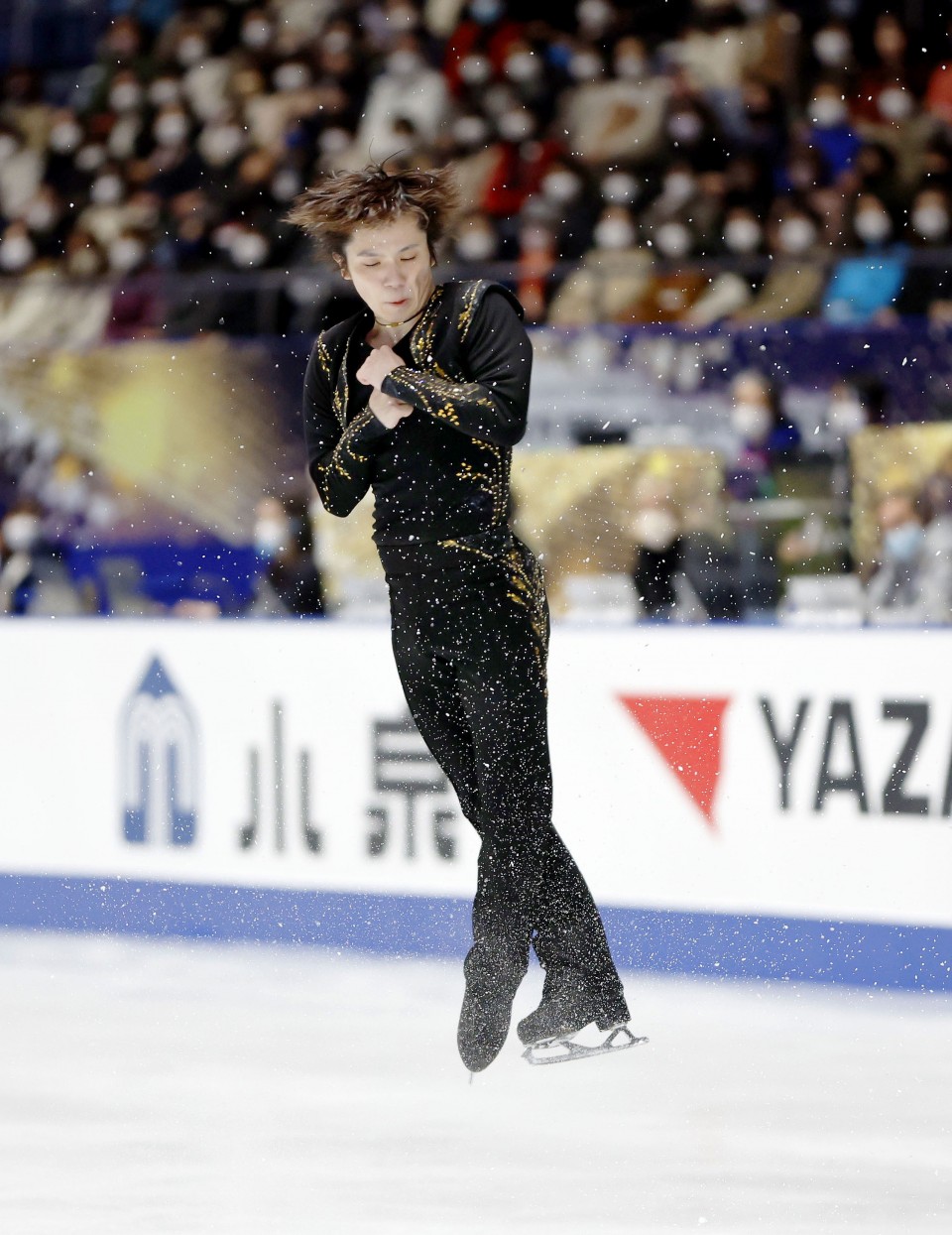 "For the first time in a while I was able to execute all my jumps in the first half of the program, although I still want my jumps in competition to look the way they do in practice," Uno said. "I'm keen to get back to practice and work on some issues I discovered here."

"I want to get better, and want to take my finish at this event and aim higher and higher still."

Having earned 76.56 points for an outstanding short performance on Friday, Sakamoto scored 146.78 with a clean and composed free skate for a season-best 223.34 total. 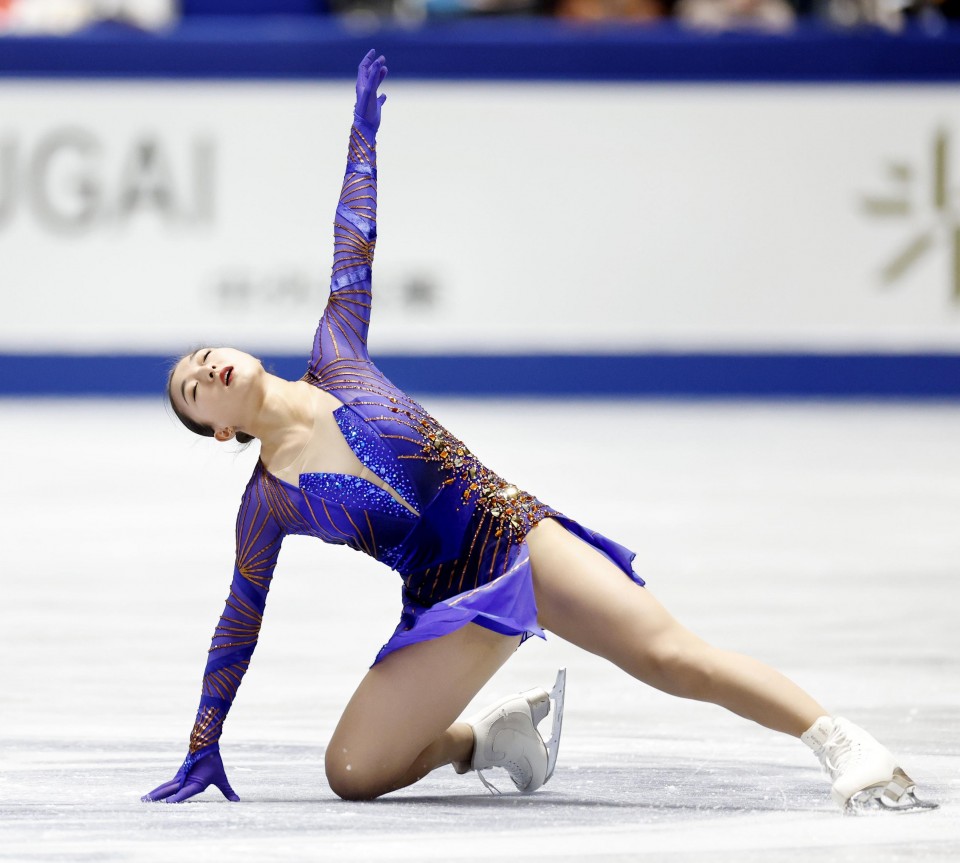 Kaori Sakamoto of Japan performs in the women's free program en route to winning gold in the NHK Trophy, the fourth event of the Grand Prix figure skating series, at Yoyogi National Gymnasium in Tokyo on Nov. 13, 2021. (Kyodo) ==Kyodo

Japanese compatriot Mana Kawabe, who started the day 2.68 points back in second, totaled 205.44 to take silver, with South Korea's You Young rounding out the podium a further 1.84 points behind.

"I was much more nervous than in the short. Unfortunately I lurched a little on my first axel, but from there until the end I managed to hang on, so I'm really happy," said Sakamato, who won last year, with You as the lone non-Japanese at the meet amid coronavirus travel restrictions. 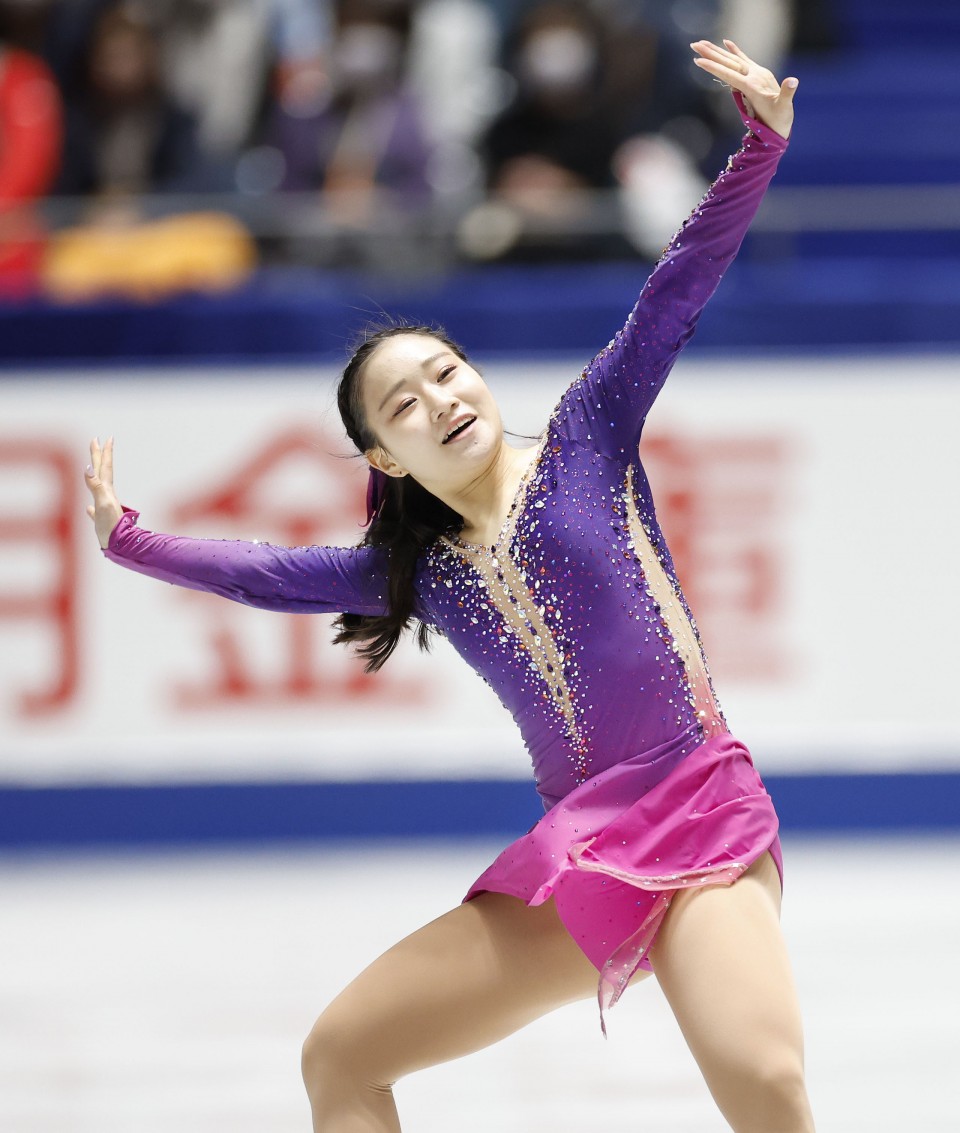 Mana Kawabe of Japan performs in the women's free program at the NHK Trophy, the fourth event of the Grand Prix figure skating series, at Yoyogi National Gymnasium in Tokyo on Nov. 13, 2021. (Kyodo)

The Kobe native will aim to maintain her momentum as she bids for qualification to the 2022 Beijing Winter Olympics. She placed sixth in her Olympic debut at the 2018 Pyeongchang Games.

In the pairs, Japanese duo Riku Miura and Ryuichi Kihara totaled a career-best 209.42 to place third in the competition won by Russia's Anastasia Mishina and Aleksandr Galliamov with 227.28. The Russian pair of Evgenia Tarasova and Vladimir Morozov took second with 213.27. 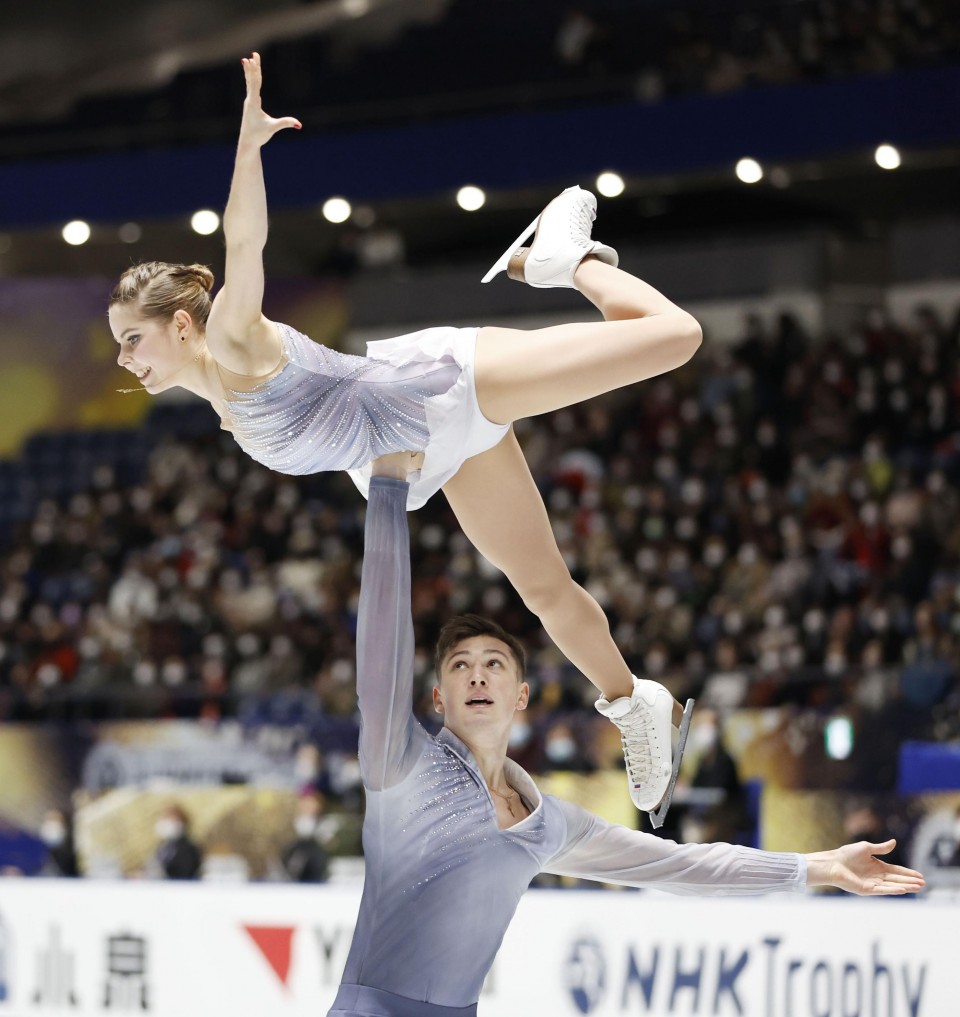 "I'm surprised at this score because neither our short nor free were our best," Miura said. "I'm pleased with the medal but disappointed with the result because I think we can still do better."

Russia's Victoria Sinitsina and Nikita Katsalapov topped the podium with 215.44, beating Madison Chock and Evan Bates of the United States by 4.66. Britain's Lilah Fear and Lewis Gibson finished third on 191.91.