The world's oldest Diana monkey in captivity named "Washington" has died at the age of 39 at a zoo in Sapporo on Japan's northernmost main island, officials said Saturday.

The male primate, born on Aug. 26, 1982, at an Oklahoma zoo in the United States, had sired a total of 13 offspring, contributing to the preservation of the endangered species. 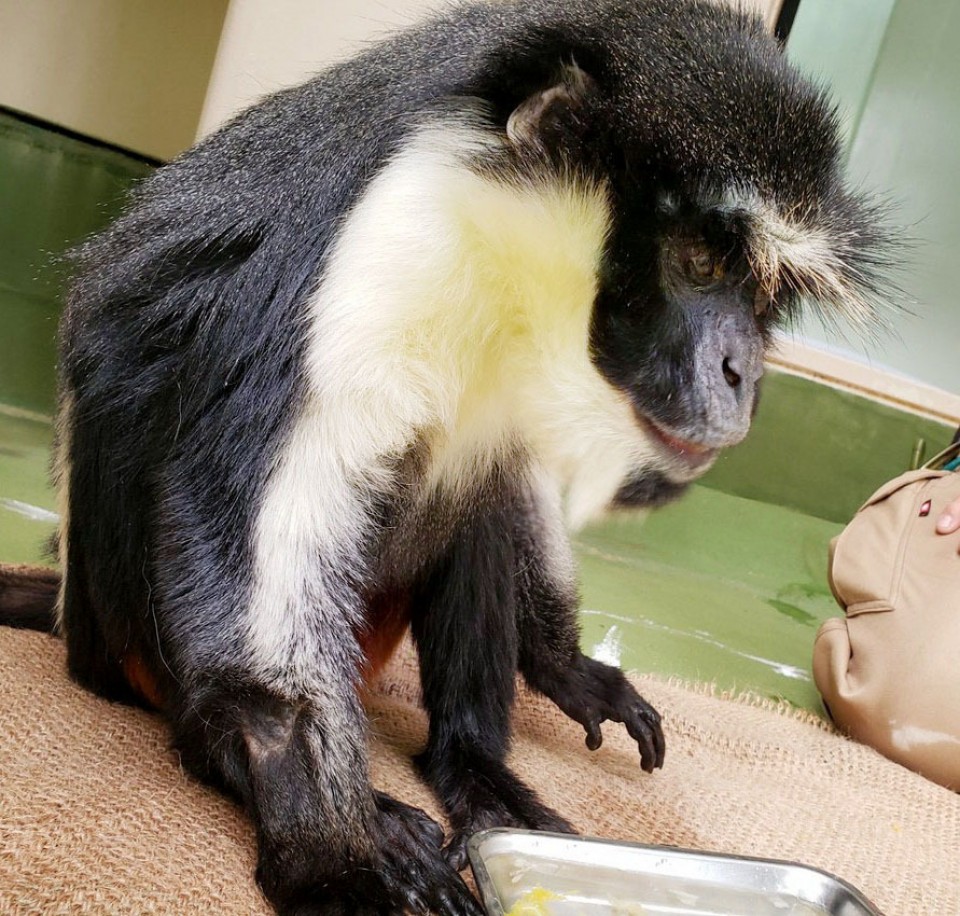 The monkey was eating through Friday, but his death was confirmed the following day, according to Sapporo Maruyama Zoo, where he had lived since 1984.

Washington is believed to have died of natural causes after he started losing his strength and eyesight. However, the zoo said it plans to conduct an autopsy to determine the cause of death.

The zoo also plans to set up a stand for visitors to lay flowers to commemorate Washington. Some of his children are kept in the Japanese zoo.

The Diana monkey, an arboreal species named for its white brow that resembles the crescent on the forehead of the Roman goddess Diana, is found in West Africa from Sierra Leone to Ghana. It is listed as "endangered" in the International Union for Conservation of Nature's red list.

They typically measure around 50 to 60 centimeters in length and weigh about 5 kilograms. However, females tend to be slightly smaller than males.