Their names, when combined, have the meaning of "leading to the future from a bright dawn," Koike told a press conference. The zoo plans to allow the public to see the pandas from next January. 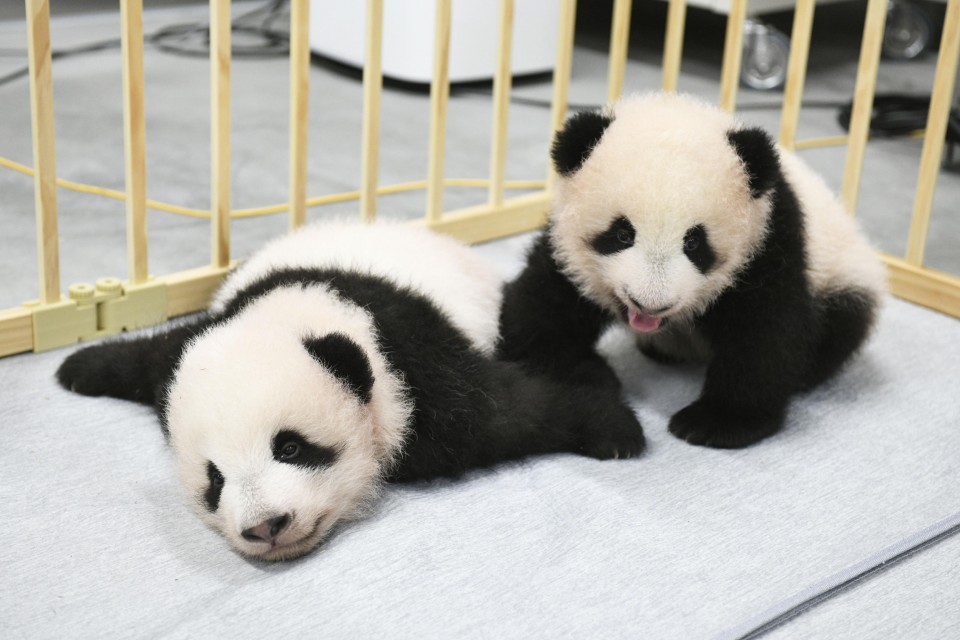 The zoo had solicited ideas from the public for their names and received around 192,000 suggestions in 14 days until Aug. 20. The names were decided by a selection committee that excluded the names of other pandas in Japan as well as the names of specific characters.

Their birth on June 23 marked the first time Japan's oldest zoo had witnessed the birth of twin pandas.

"We want to give comfort and energy (to the people) amid continued anxiety and tension over the coronavirus pandemic and natural calamities," said Yutaka Fukuda, director of the zoo.

The cubs were born to mother Shin Shin and her mate Ri Ri, who are also parents to 4-year-old female panda Xiang Xiang. The pair, on loan from China and both aged 16, also had a cub in July 2012, but the cub died six days after its birth due to pneumonia.

The Ueno Zoological Gardens, which opened in 1882, received its first pandas in 1972 from China, in commemoration of the normalization of bilateral ties.