Los Angeles Angels star Shohei Ohtani received a special award for his two-way performance in 2021 from Major League Baseball Commissioner Rob Manfred before Game 1 of the World Series on Tuesday in Houston.

The award, called the Commissioner's Historic Achievement Award, is not handed out on an annual basis but granted at the commissioner's discretion to individuals and teams who made a historically significant impact on the game.

Ohtani traveled to Houston to accept the award in person. 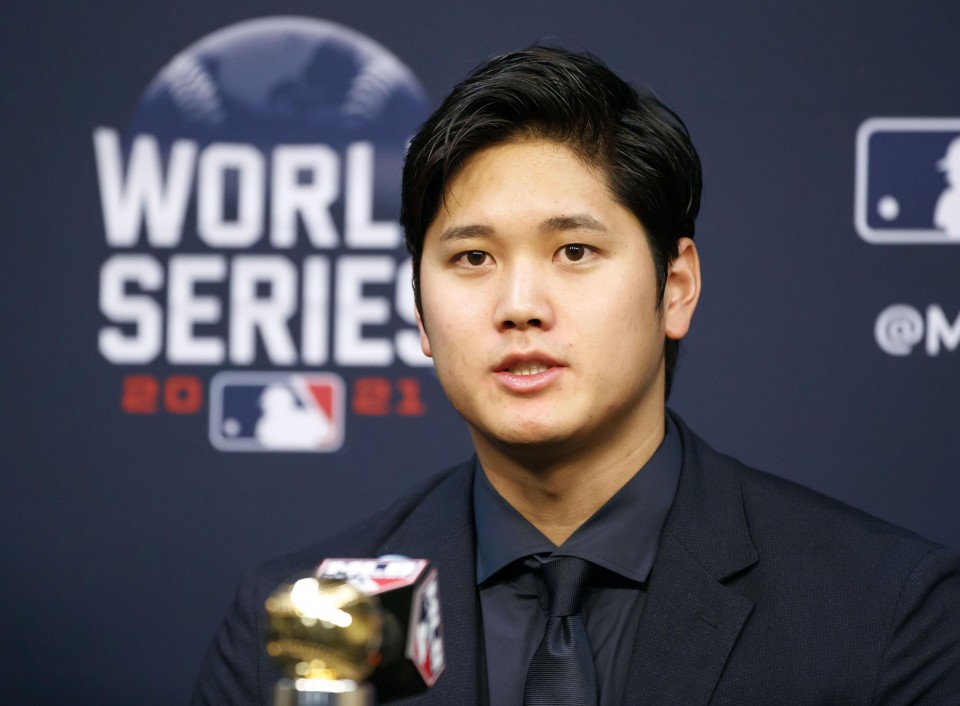 Shohei Ohtani of the Los Angeles Angels attends a press conference in Houston, Texas, on Oct. 26, 2021, after Major League Baseball Commissioner Robert Manfred named him as the 16th recipient of the Commissioner's Historic Achievement Award for his unprecedented two-way performance in the 2021 season. (Kyodo) ==Kyodo

The trophy, designed by Tiffany & Co., features a gold baseball mounted on a sterling silver base, according to MLB.com.

The 27-year-old Ohtani, who is the 16th recipient of the award, stayed healthy and put together a great season on both sides of the ball, drawing a lot of comparisons to the legendary Babe Ruth. 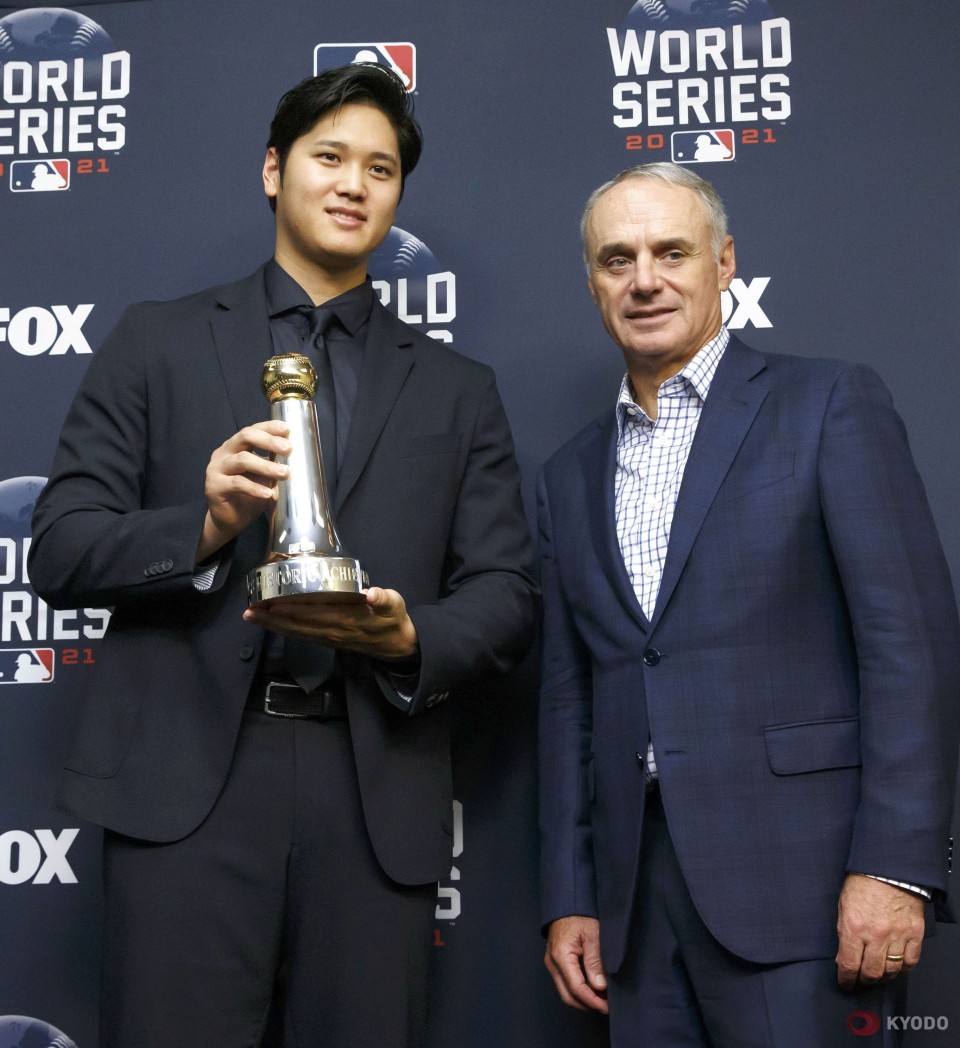 Shohei Ohtani of the Los Angeles Angels poses during a press conference in Houston, Texas, on Oct. 26, 2021, after Major League Baseball Commissioner Robert Manfred (R) named him as the 16th recipient of the Commissioner's Historic Achievement Award for his unprecedented two-way performance in the 2021 season. (Kyodo) ==Kyodo

Ohtani is expected to take home more hardware this fall. He is a finalist for the Silver Slugger Award at designated hitter, and his performance makes him an MVP front-runner despite the Angels finishing fourth in the American League West with a 77-85 record.