Japan's ambassador to Afghanistan on Wednesday met with a senior official of the Taliban's interim government and urged that Japanese nationals in the war-torn country be kept safe and allowed to leave at an early date.

Ambassador Takashi Okada also called on acting Foreign Minister Amir Khan Muttaqi to secure safe routes for Japan to provide humanitarian aid to Afghans and to uphold human rights including for women and ethnic minorities, according to the Japanese Foreign Ministry. 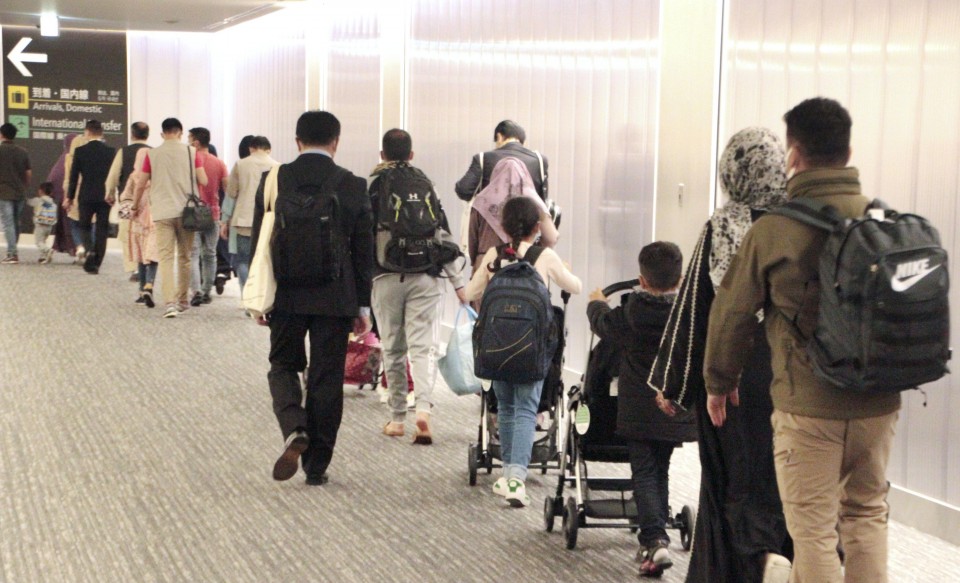 A total of 88 Afghans arrive at Narita airport near Tokyo on Oct. 19, 2021, the largest number of people the Japanese government has accepted from Afghanistan since the Taliban took control of the country in August. (Kyodo) ==Kyodo

The two met in Doha, where Japan has moved its diplomatic operations following the Taliban's return to power in early September. It was the first time the Japanese government has made direct contact with a Cabinet-level Taliban official.

Okada asked that the safety of Afghans who worked at the Japanese Embassy in Kabul and organizations linked to Japan be ensured. He also expressed his hope that Afghanistan would not become a hotbed for terrorist activity, the ministry said.

A ministry official declined to say what Muttaqi said during the meeting.