An explosion struck a Shiite mosque in southern Afghanistan in an apparent suicide attack on Friday, killing at least 47 people and injuring 70 others, according to The Associated Press.

Usually about 500 people gather there for weekly Friday prayers, the AP said. No claim of responsibility has been confirmed. 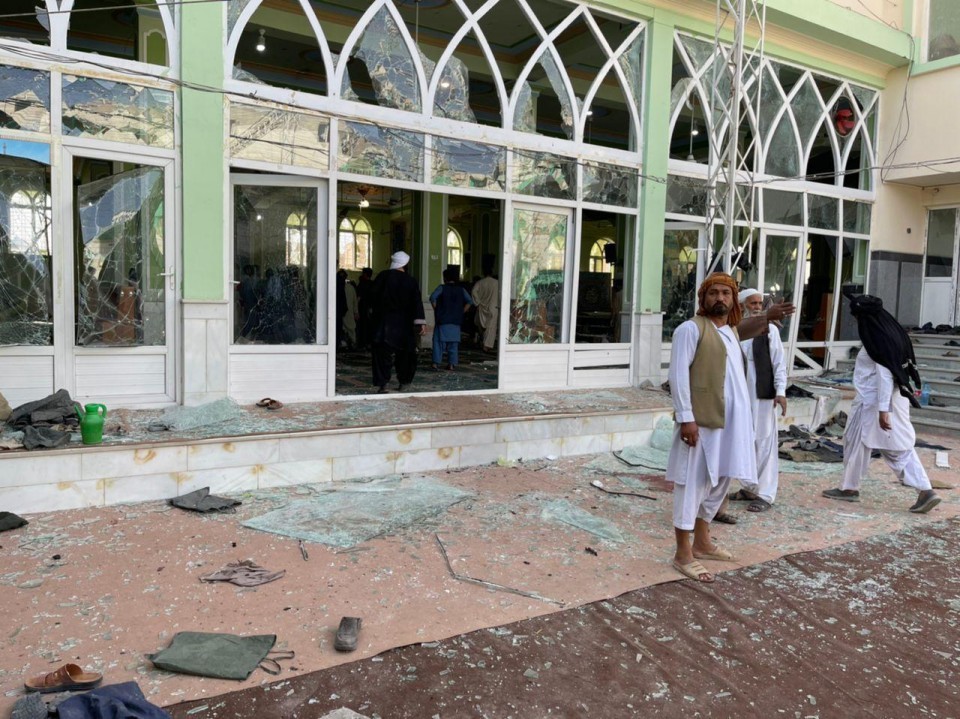 A view of the scene after a bomb blast hits a Shiite mosque in Kandahar, southern Afghanistan on Oct. 15, 2021, during Friday prayers. (Anadolu Agency/Getty/Kyodo)

A local reporter who went to the scene of the blast said multiple men blew themselves up in and outside the mosque.

Kandahar is the birthplace of the Taliban, which have launched a provisional government in the country after seizing control of the capital Kabul in mid-August.

An explosion tore through a Shiite mosque in northern Afghanistan on Oct. 8, killing at least 50 people. An affiliate of the Islamic State militant group that opposes the Taliban claimed responsibility for the deadly attack.