A group of Afghans, including adults and children, who were evacuated from Afghanistan in August, discussed their new life in South Korea on Wednesday, expressing their determination to settle in a new country thousands of kilometers from home.

They are part of the 391 Afghans evacuated to South Korea in the so-called Operation Miracle in the frantic days following the Taliban takeover of the war-torn country. The Afghans include those who worked at South Korea's embassy in Kabul and their family members.

The interviews with the Afghan evacuees were organized by the Justice Ministry for foreign media to show how they are adjusting to life in markedly different surroundings while staying at temporary housing facilities in Jincheon, a rural county about 90 kilometers southeast of Seoul. 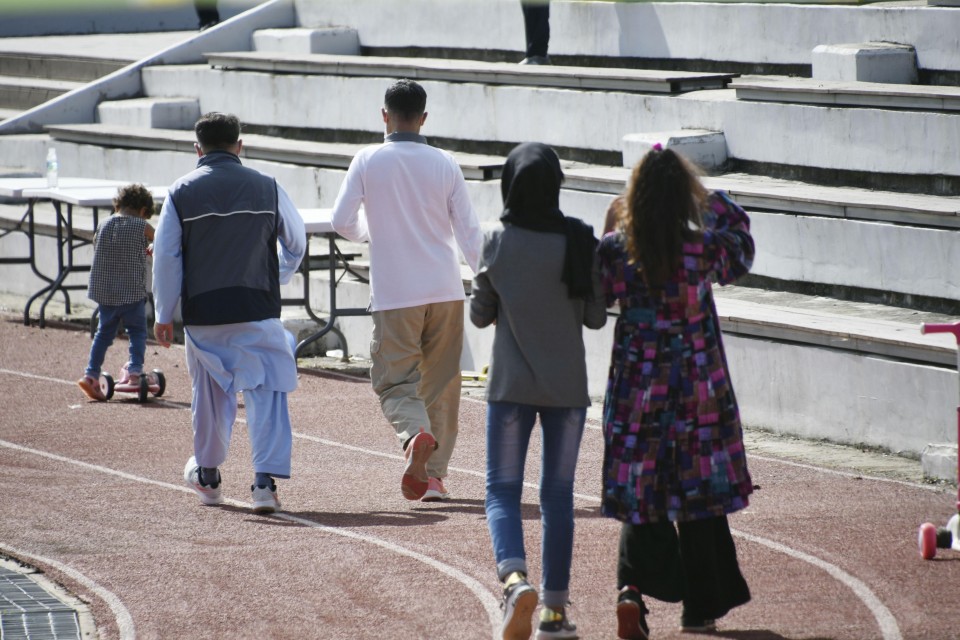 The evacuees have begun learning Korean language and culture through a program designed to last half a year, with young children also offered soccer and taekwondo lessons. Upon completing the program, they are expected to move into local communities.

"I'm really enjoying learning taekwondo here. I really like it. Back in my country, girls are not allowed to freely enjoy sports, but I'm free to do so here in South Korea," a 13-year-old girl said.

The children at the facilities seemed content with being in a country where they need not worry too much about violence and explosions.

"I'd like to obtain permanent residency in South Korea. When I do, I will regard South Korea as my home country and work hard to be helpful to South Koreans," one boy said.

The Jincheon facilities house 156 adults and 235 children, including 40 infants, according to the ministry. 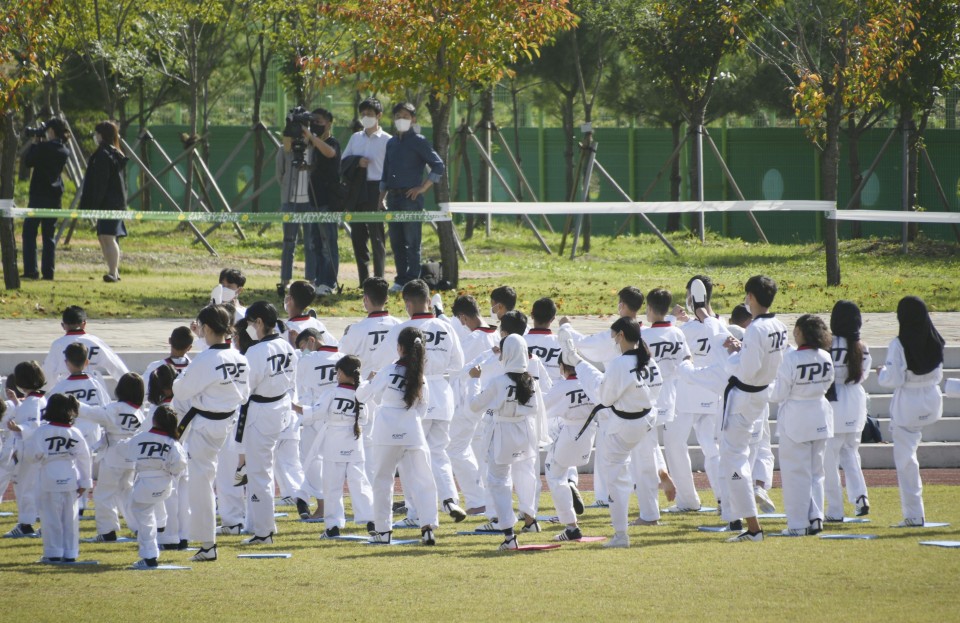 The education program provided to the evacuees is aimed at helping them lead an independent life in South Korea, and includes a class on basic laws needed to adjust to Korean society.

"We are teaching basic rules of living like recycling and financial matters as well as gender equality to bridge the gap between Afghan culture and Korean culture," one teacher said.

One man said that because he grew up in a vastly different country, it obviously would not be easy for him to settle down in South Korea, but that everyone at the facilities is willing to try hard to make proper adjustments with support from the government.

"If we work hard here...we can solve all the problems we (would) face in the future and settle down properly in South Korea," he said, speaking in English.