Shohei Ohtani blasted his MLB lead-extending 43rd home run Saturday, a three-run shot in the sixth inning steering the Los Angeles Angels to a 4-1 win over the Texas Rangers.

A day after throwing his MLB-high 117 pitches and hitting 100 miles per hour from the mound for his ninth win, the two-way star walloped his first homer in four games with two on and no outs off lefty Kolby Allard (3-12) for a 4-0 lead.

Juan Lagares's solo shot handed the Angels the lead in the third before Ohtani connected on the lefty's first pitch down the middle zone, going deep over the right-field wall at Angel Stadium. 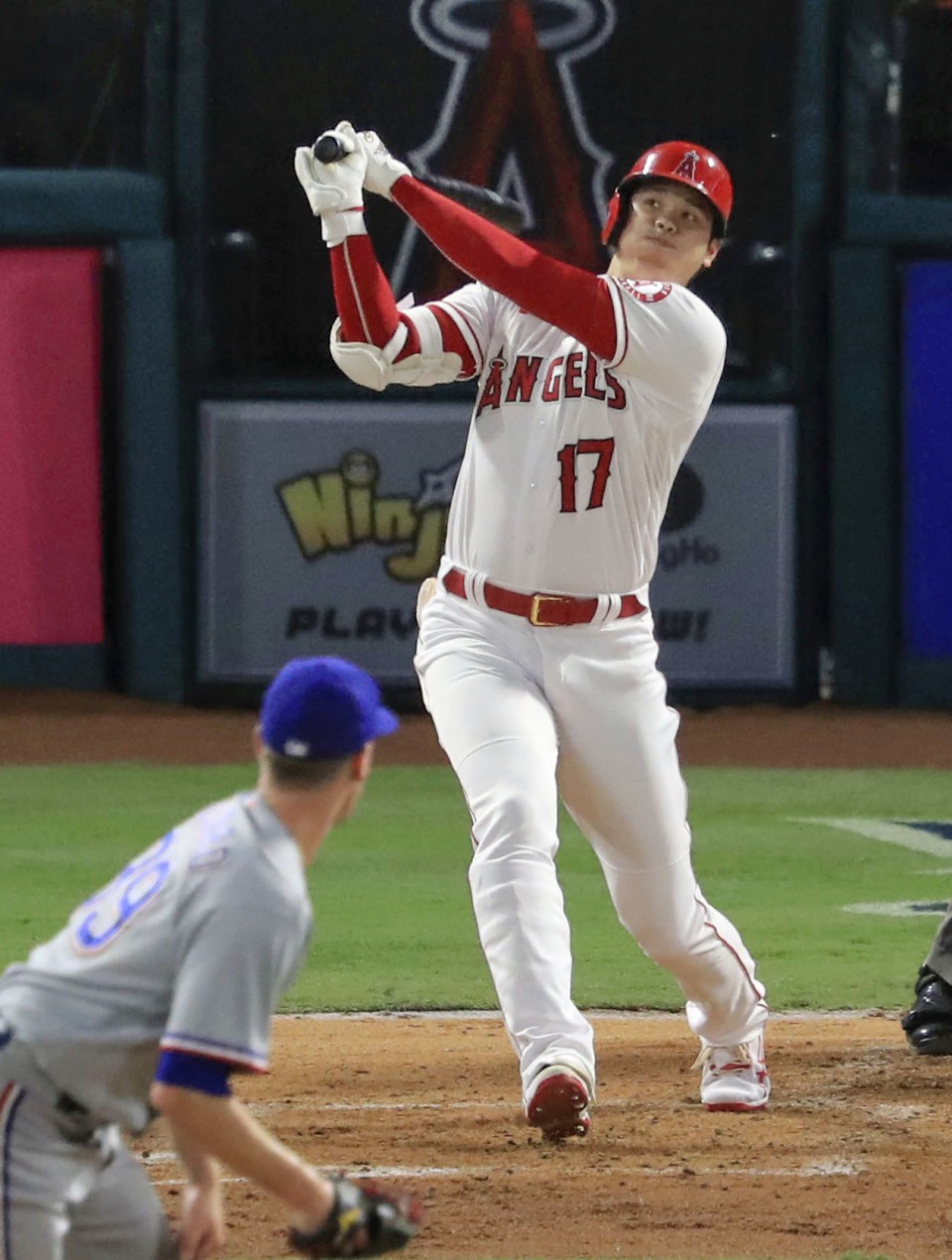 Shohei Ohtani of the Los Angeles Angels hits his 43rd home run in the sixth inning of a game against the Texas Rangers on Sept. 4, 2021, at Angel Stadium in Anaheim, California. (Kyodo)

Ohtani's 43 homers are three ahead of Salvador Perez, who had two homers the same day for the Kansas City Royals in a 10-7 loss to the Chicago White Sox.

Ohtani, who batted second as the designated hitter, went 2-for-4. He singled in the eighth off former DeNA BayStars pitcher Spencer Patton as he went 2-for-4 to bring his batting average to .260 but was thrown out trying to steal his 23rd base of the season.

Angels starter Jose Suarez (6-7) went the distance but lost his shutout bid in the ninth.

Yoshitomo Tsutsugo had his sixth homer for the Pittsburgh Pirates, a first-inning solo shot in the Pirates' 7-6 walk-off loss to the Chicago Cubs.

Tsutsugo said he's making good use of what he learned in the Triple-A before he was released and signed by Pittsburgh.

"What you're seeing now is the result of the work I put in with the Dodgers' minor league team," said Tsutsugo, who started the season with Tampa Bay before being picked by the Dodgers and later released.

"There are differences between Japan and America, and I've adapted."