Ohtani (9-1) struck out eight in a gutsy 117-pitch effort at Angel Stadium, giving up seven hits and two walks. The two-way star had an off-day at the plate, going 0-for-4 including a deep fly to right field in the fifth inning with two on and two outs. 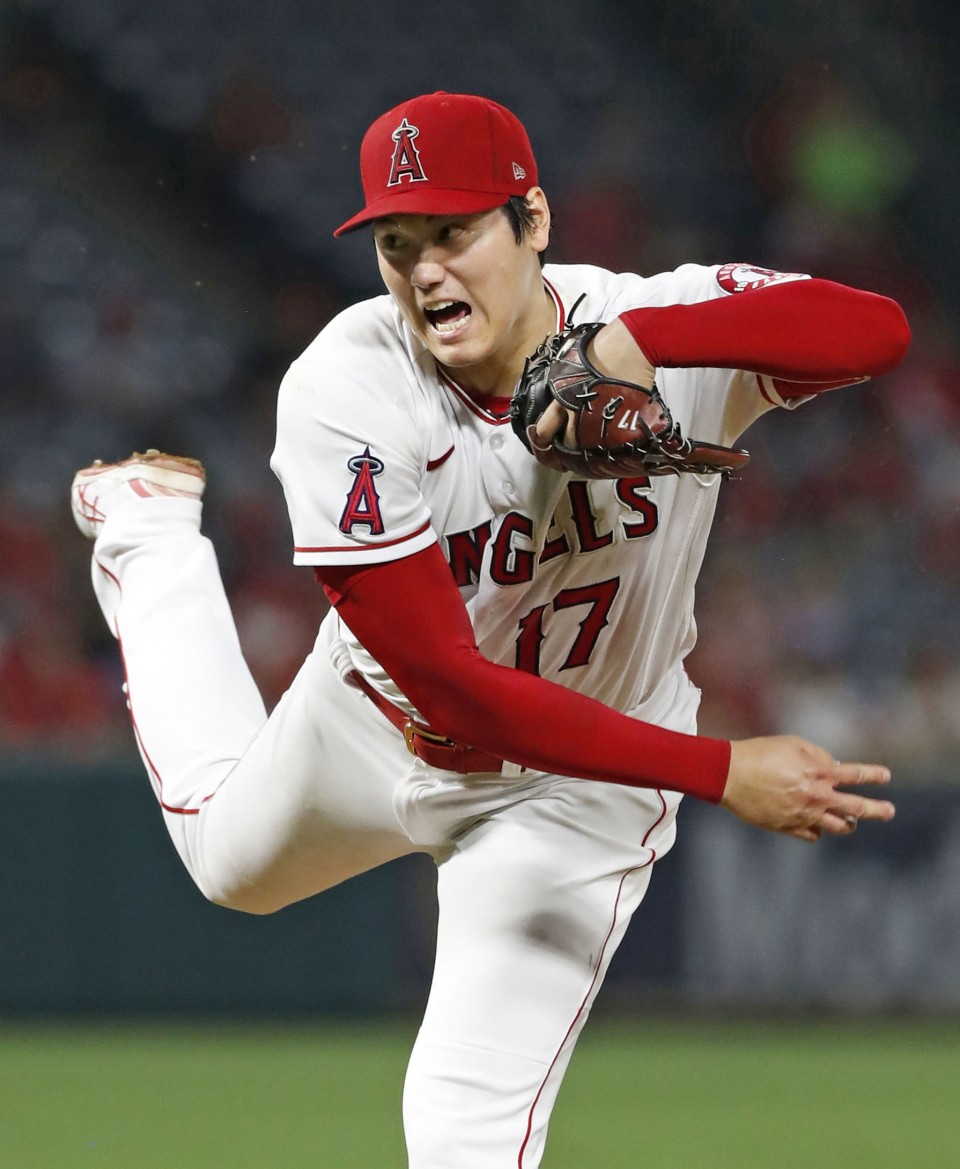 Shohei Ohtani of the Los Angeles Angels pitches against the Texas Rangers on Sept. 3, 2021, at Angel Stadium in Anaheim, California. (Kyodo) ==Kyodo

The right-hander found himself in trouble in the first inning when cleanup hitter Nathaniel Lowe hit a sharp drive at his throwing hand. Ohtani reacted well on the play but Lowe reached on a close call.

Following an injury delay, Ohtani escaped further trouble, and teammates Phil Gosselin and Jared Walsh each singled in a run in the home half for a 2-0 Angels lead.

Ohtani gave up two runs in the second. One pitch after a softly hit infield single, Ohtani missed with a first-pitch fastball and Jason Martin hit it into the stands in right. But those were the only runs Ohtani yielded, despite pitching with plenty of runners on base.

Catcher Max Stassi plated the tie-breaking run in the sixth for the Angels with a two-out single off Dennis Santana (2-4).