The Angels' designated hitter, Ohtani broke a 5-5 fifth-inning tie by connecting on a high 1-1 breaking ball from former Angel Andrew Heaney for a solo home run at Angel Stadium. 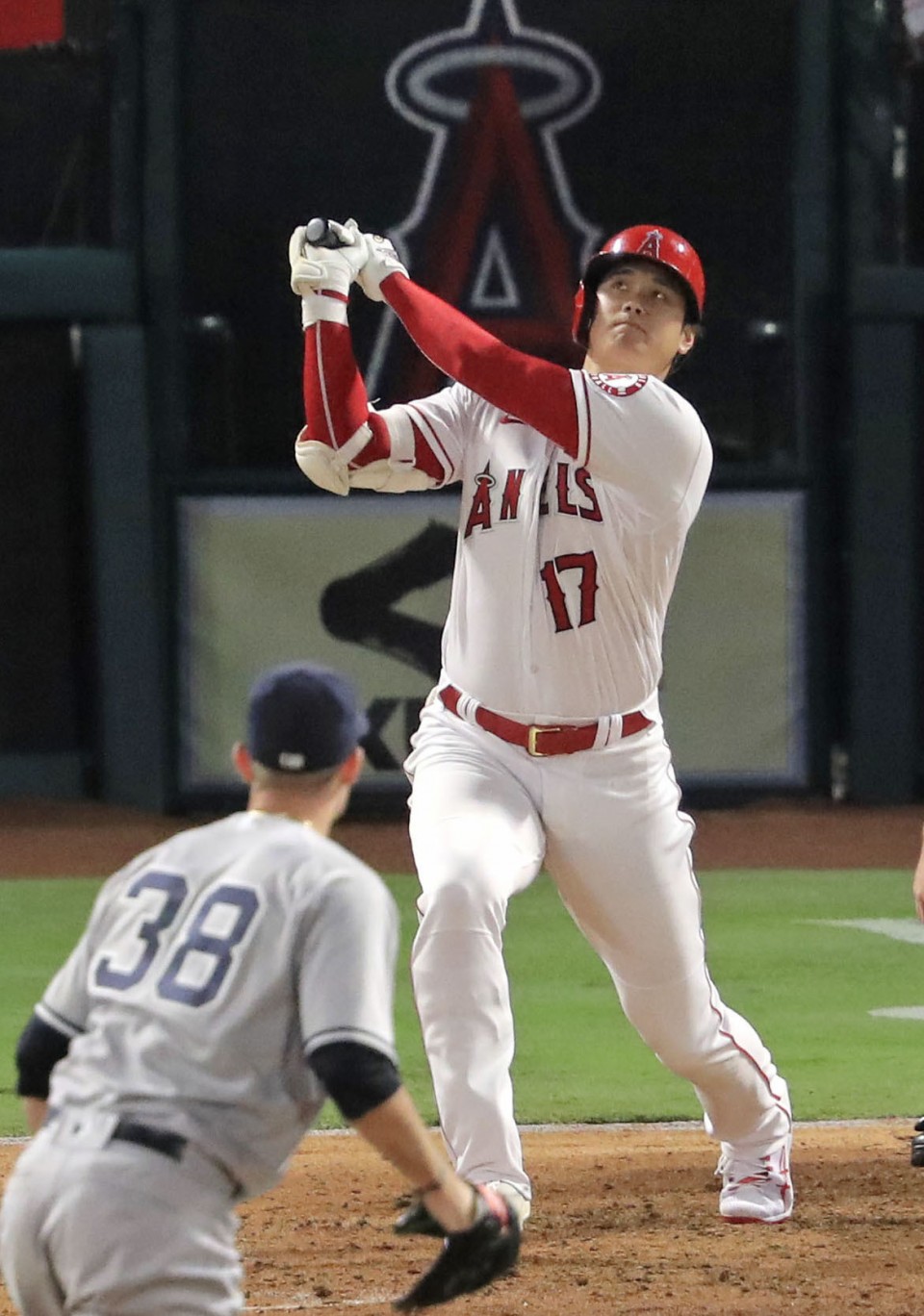 Shohei Ohtani of the Los Angeles Angels hits a solo home run in the fifth inning off Andrew Heaney of the New York Yankees on Aug. 30, 2021, at Angel Stadium in Anaheim, California, his major league-leading 42nd homer of the season. (Kyodo) ==Kyodo

Ohtani, who took a pitch off his right wrist on Saturday, will skip his scheduled start on Tuesday, Angels manager Joe Maddon said.

Juan Lagares tripled in another run in the sixth for the Angels before Giancarlo Stanton's two-run shot in the seventh tied the game for the Yankees. But Lagares, who went 3-for-4, singled in the decisive run in the eighth.

Vladimir Guerrero Jr. of the Toronto Blue Jays moved back into a tie for second on the home-run ranking after hitting two to take his tally to 38 in a 7-3 win over the Baltimore Orioles. Salvador Perez of the Kansas City Royals also has 38.

Ohtani, who is 8-1 with a 3.00 ERA in 19 pitching starts, is two wins short of becoming the first player in the American or National league since Babe Ruth in 1918 to win 10 or more games while hitting 10 or more home runs. Ohtani accomplished that feat twice in Japan with the Nippon Ham Fighters, in 2014 and 2016.