Los Angeles Angels designated hitter Shohei Ohtani smashed a leadoff home run to get the game started against the Baltimore Orioles on Thursday for his major league-leading 41st homer.

But the Angels, who blew a four-run lead Wednesday night, could not muster much more offense after Ohtani's first homer at Camden Yards in a lopsided 13-1 loss, losing for the fifth time in their last six games. 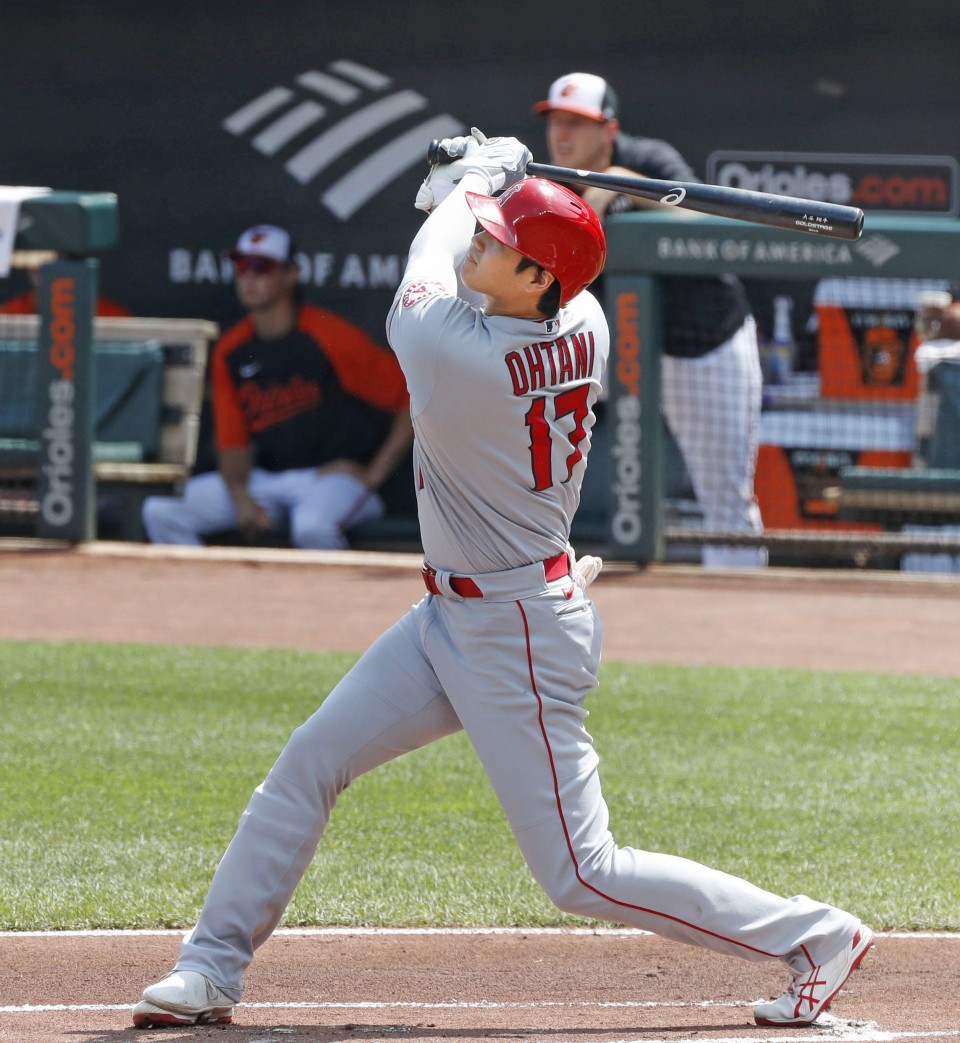 Shohei Ohtani of the Los Angeles Angels hits his major league-leading 41st home run of the season leading off the first inning against the Baltimore Orioles on Aug. 26, 2021, at Oriole Park in Baltimore, Maryland. (Kyodo) ==Kyodo

The Angels relievers gave up 12 runs after starter Jaime Barria continued a recent slump and lasted only 3-1/3 innings. For the Orioles, catcher Pedro Severino hit a grand slam as part of a six-run fifth and added a two-run single in a six-RBI performance.

The Angels managed just three hits against Keegan Akin (1-8), who threw a career-high seven innings for his first win of the season. The rookie left-hander had a 7.92 ERA entering the game.

Elvis Peguero (0-1) was charged with five of the six runs the Angels allowed in the fifth inning.

The Orioles won the series against the Angels and now have two wins in a row after snapping a 19-game slide on Wednesday in the second of the three meetings between the teams.

At Petco Park in San Diego, Yu Darvish went six innings in his return from the 10-day injured list, but he was tagged with his eighth loss of the season as the Los Angeles Dodgers defeated the San Diego Padres 4-0 to sweep the three-game series.

Darvish (7-8) allowed four runs and five hits, including a two-run homer by Austin Barnes, with six strikeouts and one walk. He got no run support from the Padres' offense, who were held to two hits in Dodgers starter Max Scherzer's (12-4) 7-2/3 innings.

At Pittsburgh's PNC Park, Yoshitomo Tsutsugo hit a pinch-hit home run, a two-run shot that iced the Pirates' 11-7 win over the St. Louis Cardinals. It was Tsutsugo's fourth homer in 21 at-bats since joining the Pirates this month.

In Seattle, Mariners lefty Yusei Kikuchi allowed four runs in five-plus innings. He blew a 4-0 lead in the sixth, when he left after the first four batters reached as the Kansas City Royals went on to a 6-4 win. 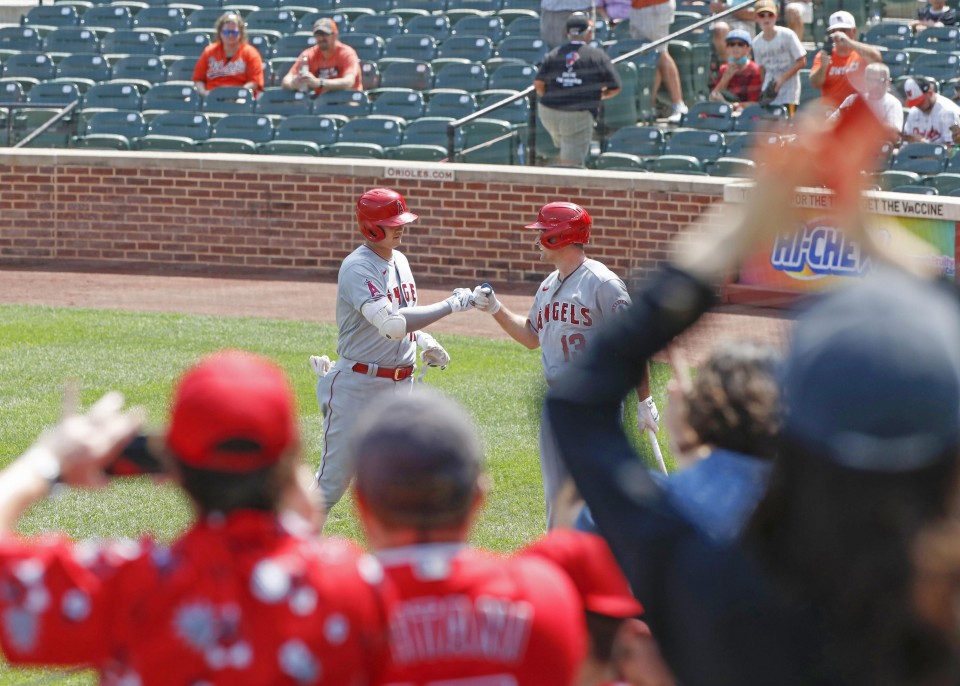 Shohei Ohtani (C, L) is congratulated by Los Angeles Angels teammate Phil Gosselin after hitting a leadoff home run in the first inning against the Baltimore Orioles on Aug. 26, 2021, at Oriole Park in Baltimore, Maryland, his major league-leading 41st homer of the season. (Kyodo) ==Kyodo