Two-way star Shohei Ohtani gave up three homers in a game for the first time in his four-year major league baseball career in the Los Angeles Angels' 10-6 loss to the Baltimore Orioles on Wednesday. 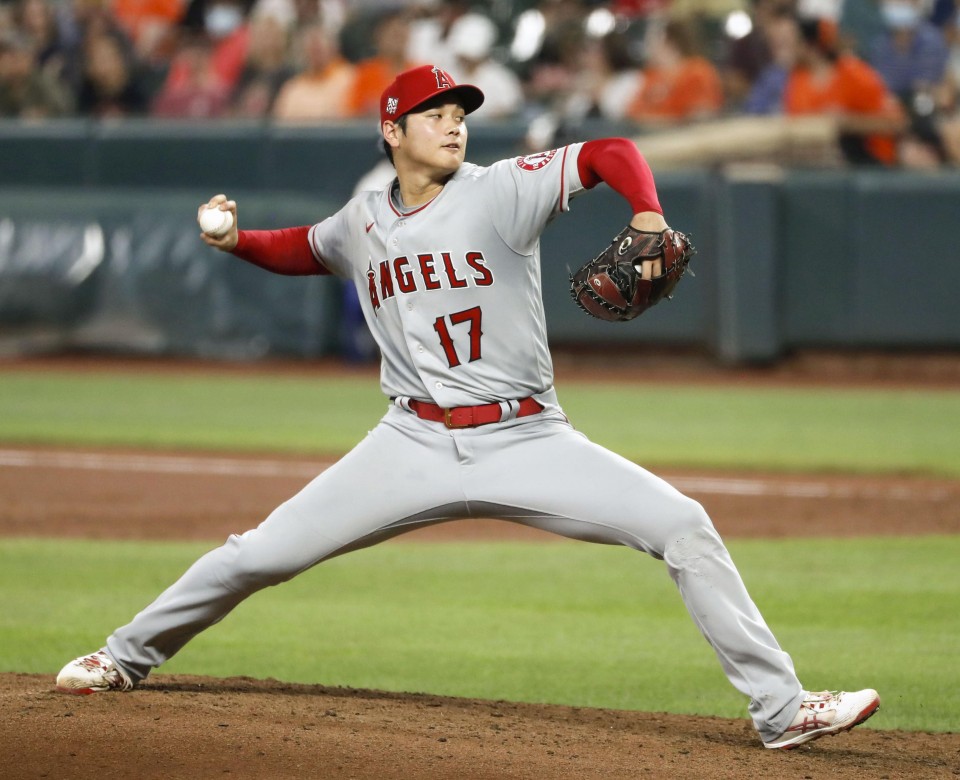 Shohei Ohtani of the Los Angeles Angels pitches against the Baltimore Orioles on Aug. 25, 2021, at Oriole Park in Baltimore, Maryland. (Kyodo) ==Kyodo

Ohtani got offensive support from his teammates as Jared Walsh ignited a four-run fourth with a tie-breaking leadoff homer, but in the bottom of the frame the Japanese right-hander surrendered a two-run homer to DJ Stewart that reduced the Angels' lead to 6-4. 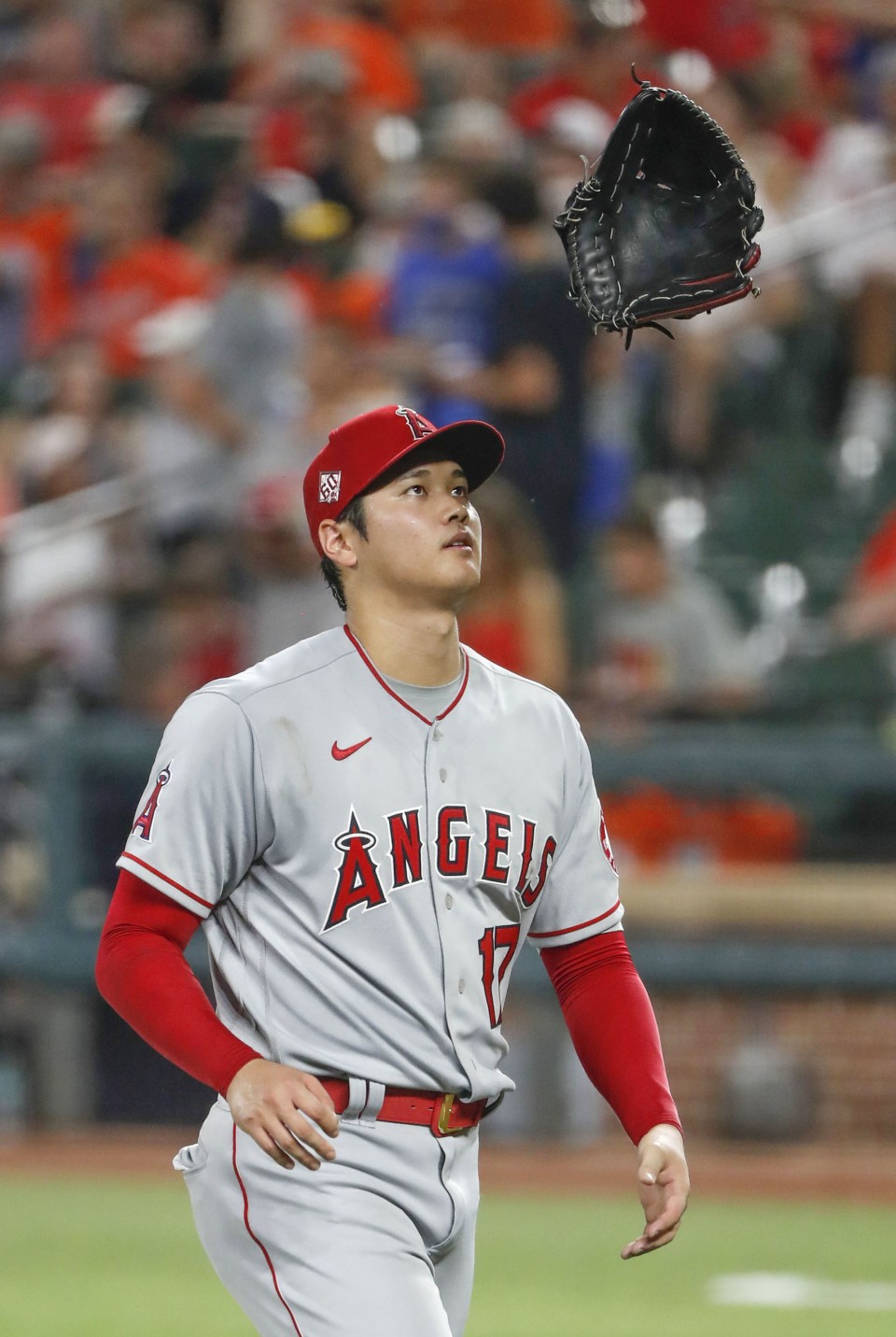 Los Angeles Angels pitcher Shohei Ohtani flips his glove as he walks to the dugout after ending the fourth inning against the Baltimore Orioles on Aug. 25, 2021, at Oriole Park in Baltimore, Maryland. (Kyodo) ==Kyodo

"Overall it wasn't so bad," Ohtani said. "Hits turned into homers, that's all. They looked like hard contact and on the right launch angles."

The 27-year-old still had a chance to get his ninth win when he left the mound after five innings, but the Orioles rallied for five runs in the eighth to take the game. Jake Petricka (0-1), who was charged with four runs, was tagged with the loss.

Ohtani gave up four runs and five hits in all while striking out seven and allowing no walks. He went 0-for-4 with three strikeouts at the plate. He still leads the major leagues with 40 homers.

The Orioles snapped a 19-game losing streak with the comeback win. Tanner Scott (5-4) won in relief for the Orioles.

Elsewhere, the San Diego Padres will reinstate Japanese right-hander Yu Darvish from the 10-day injured list and have him start the finale of a three-game series with the Los Angeles Dodgers on Thursday, Padres manager Jayce Tingler said.

Darvish walked off the mound on Aug. 12 with lower back tightness and was sent to the injured list for the second time in the last two months.