Pittsburgh Pirates right fielder Yoshitomo Tsutsugo hit a three-run walk-off homer in the ninth inning to lift the team past the St. Louis Cardinals 4-3 in front of a crowd of 10,290 at PNC Park on Sunday.

Bryan Reynolds and Jacob Stallings walked, setting up Tsutsugo to win the game with a first-pitch homer over the right-field seats, 422 feet from home plate. It was the first walk-off homer of his two-year major league career. 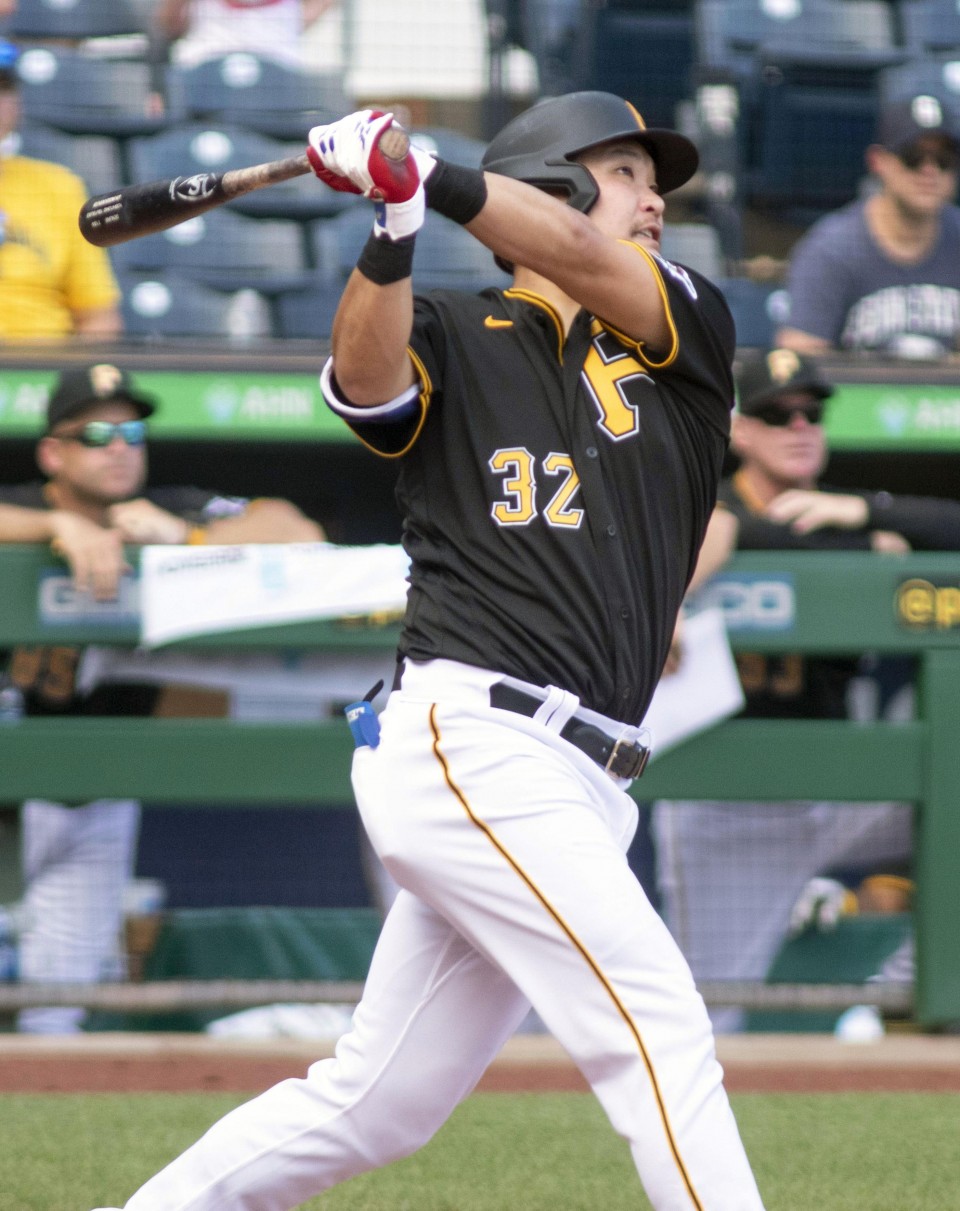 Yoshitomo Tsutsugo of the Pittsburgh Pirates hits a home run in the bottom of the ninth inning to win the game against the St. Louis Cardinals at PNC Park in Pittsburgh on Aug. 29, 2021. (UPI/Kyodo)

Tsutsugo swung at a slider from Alex Reyes (5-7), preventing the Cardinals closer from getting his 30th save on his 27th birthday. Chris Stratton (5-0) struck out the side in the ninth for the win.

"I'm glad I was able to contribute to the team's win here in Pittsburgh," said Tsutsugo, whose homer was his fifth in 13 games with the Pirates.

"I was focusing on making solid contact (in my at-bat in the ninth)."

In the fourth inning, Tsutsugo swung on the first pitch for a sacrifice fly to left field that tied the score at 1-1. He went 1-for-3 with four RBIs.

After a slow start this year, the 29-year-old Japanese was designated for assignment by the Tampa Bay Rays and subsequently traded to the Los Angeles Dodgers in May. The Dodgers released him from Triple-A Oklahoma City on Aug. 14.