New yokozuna Terunofuji defeated sekiwake Mitakeumi on Friday to remain one win ahead of the three-man trailing pack at the Autumn Grand Sumo Tournament.

Terunofuji (11-2), in the hunt for his fifth career grand tournament championship, bounced back from a loss on Thursday by beating Mitakeumi (8-5) for the 11th time in 15 career bouts.

A day after he was badly beaten on the opening charge by sekiwake Meisei, Terunofuji was again going quickly in reverse. This time, however, the yokozuna latched onto his charging opponent's belt and failing to throw him, won a long slow war of position before levering Mitakeumi over the straw bales. 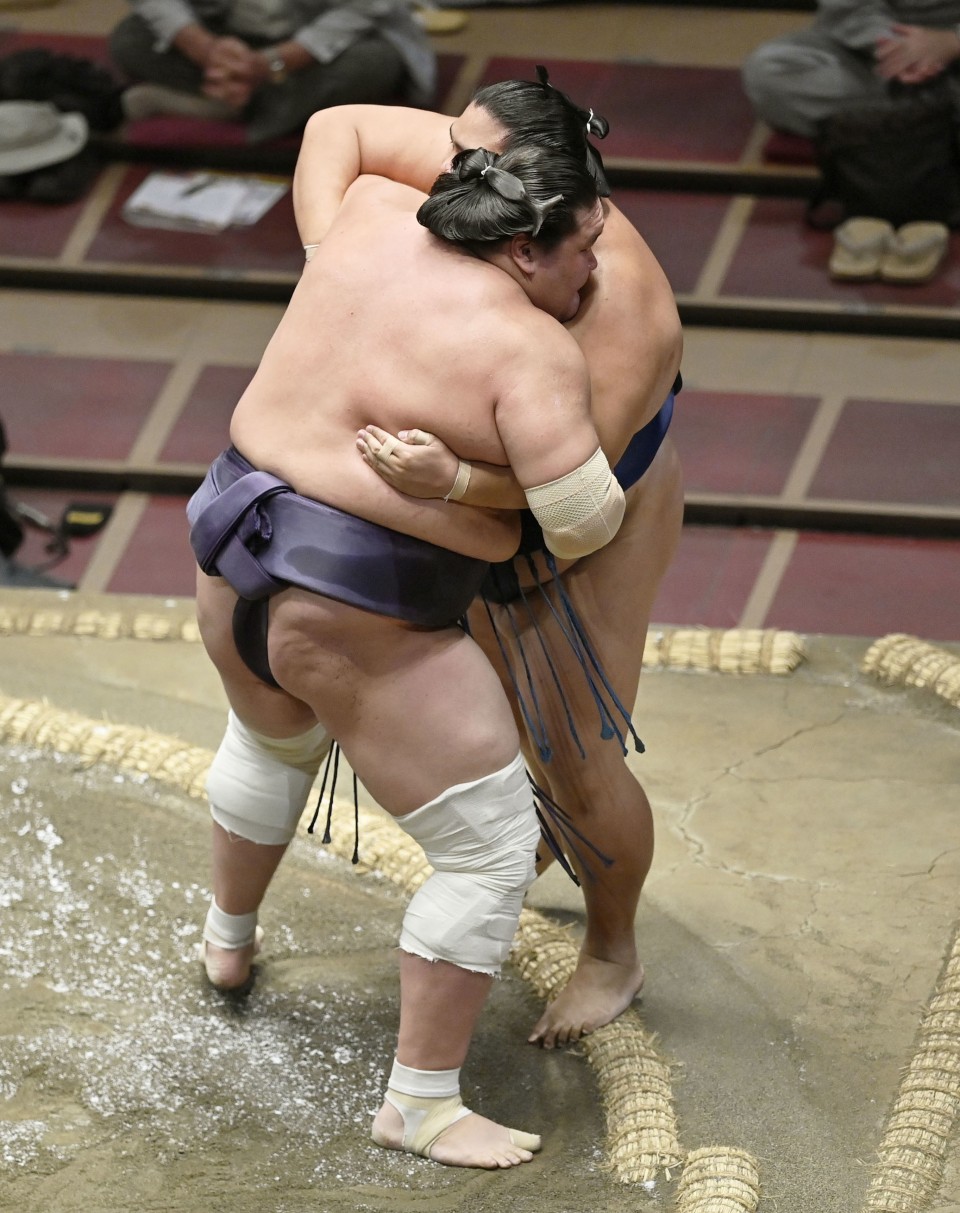 No. 6 Onosho (10-3) fought back from the brink of defeat to force ozeki Shodai (8-5) over the straw. The ozeki made good progress on the charge but was unable to completely pin his opponent's arms.

Given a lifeline, Onosho powered forward. Shodai appeared to lose traction for a second and put one foot on the wrong side of the straw bales when he failed to throw his charging opponent. 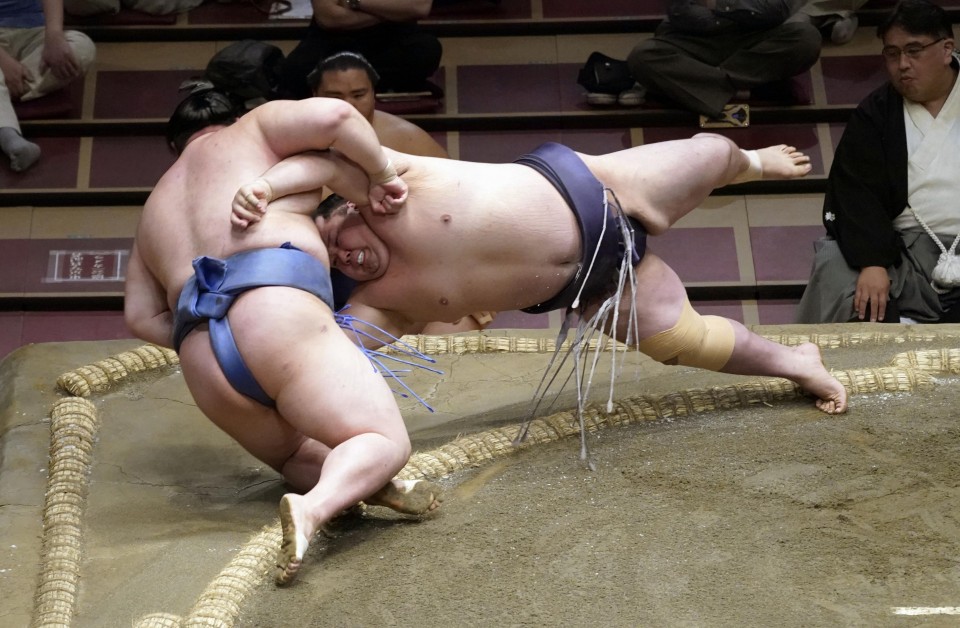 No. 10 Myogiru reached 10 wins for the first time in over a year while earning his first career win over ozeki Takakeisho (8-5) in 14 tries. Myogiryu fought the ozeki to a standstill from the jump, forcing him out of his bread-and-butter shoving-and-thrusting attack.

When the ozeki counterattacked, Myogiryu was able to twist him to the straw bales and throw him out.

"Having not beaten him all this time, I wanted to move forward and stay quick on my feet," Myogiryu said. "It was touch and go at the end, however."

No. 11 Endo (10-3) also remained in the thick of the title hunt by making easy work of up-and-coming No. 2 Kiribayama (7-6). The fan favorite met Kiribayma on the charge before pivoting back on his right foot and slapping down the aggressive Mongolian youngster as he drove forward.

No. 8 Okinoumi (9-4) fell easy prey to nemesis komusubi Ichinojo (7-6) for the seventh time in nine career bouts. The 206-kilogram Mongolian wrapped up Okinoumi's arms on the charge, twisted him toward the ring's edge and forced him out.

New sekiwake Meisei (6-7) followed up his stunning upset of Terunofuji by shoving out No. 5 Takarafuji (6-7) to maintain his hope of a winning record.

January's champion No. 4 Daiesho shoved out Chiyotairyu (7-6) to secure his first winning record since March.