Joint leaders Hakuho and Terunofuji continued their unbeaten march at the Nagoya Grand Sumo Tournament on Tuesday, brushing aside rank-and-file opponents to improve to a perfect 10-0.

Yokozuna Hakuho took another step toward a record 45th Emperor's Cup by dispatching No. 5 maegashira Okinoumi in the final bout of Day 10 at Dolphins Arena. 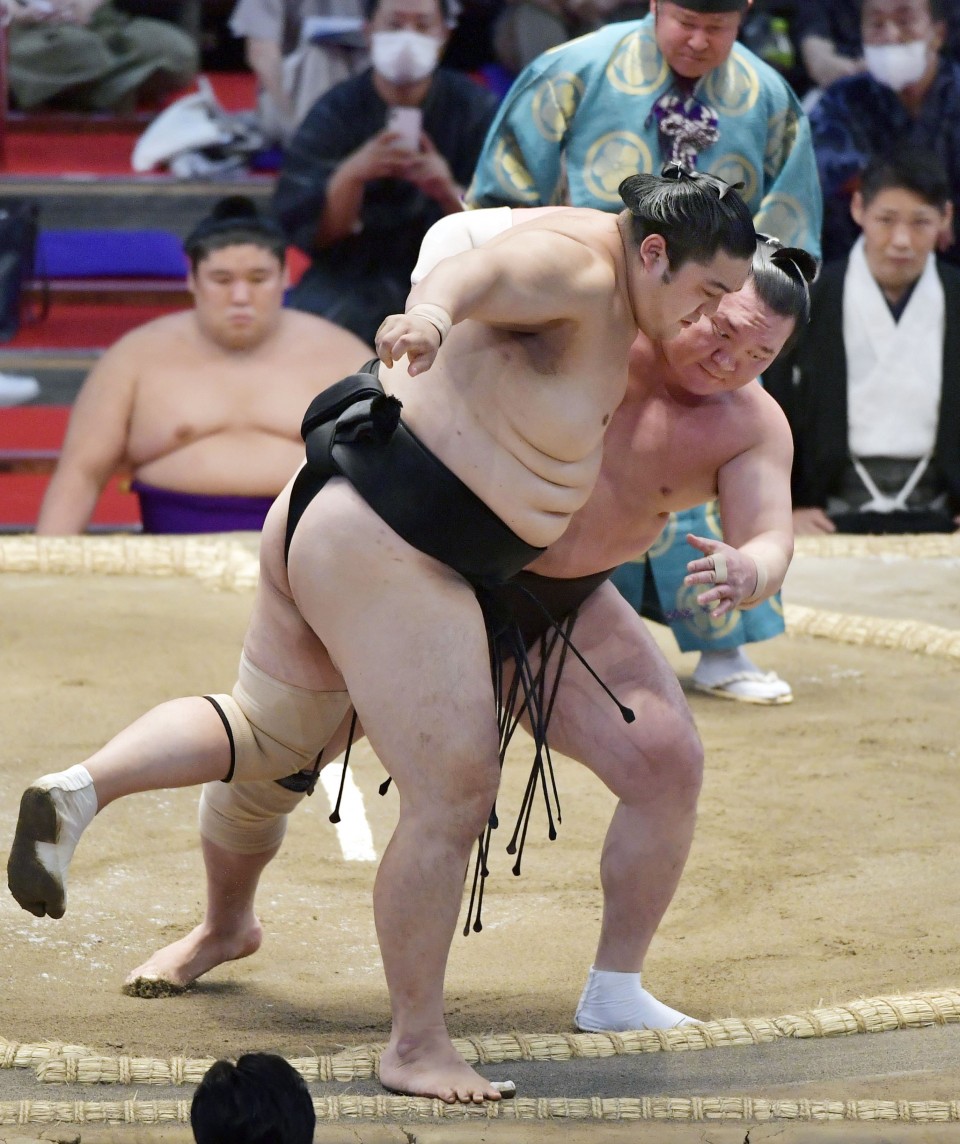 Promotion-seeking ozeki Terunofuji, meanwhile, racked up double-digit wins for the fifth straight tournament with an easy victory over No. 4 Chiyotairyu.

Having missed all or part of the previous six tournaments before knee surgery in March, Hakuho has dispelled doubts about his condition at the 15-day meet.

The Mongolian-born great had no trouble forcing out Okinoumi (5-5), grabbing his belt from the jump and taking him straight to the edge. He now holds a 24-1 career record against the maegashira.

In the penultimate bout, Terunofuji had a virtually effortless force-out victory over Chiyotairyu (2-8), who was apparently expecting the referee to signal a false start.

After winning back-to-back championships, the 29-year-old Mongolian powerhouse can earn promotion to sumo's highest rank with victory in Nagoya.

No. 11 Kotonowaka occupies the next rung on the leaderboard at 8-2. The powerfully built youngster secured his all-important eighth victory by forcing out No. 17 Ichiyamamoto (7-3), who is on the verge of a winning record in his top-division debut.

"My body feels strong. I'm feeling good and just concentrating on what I need to do," Kotonowaka said. 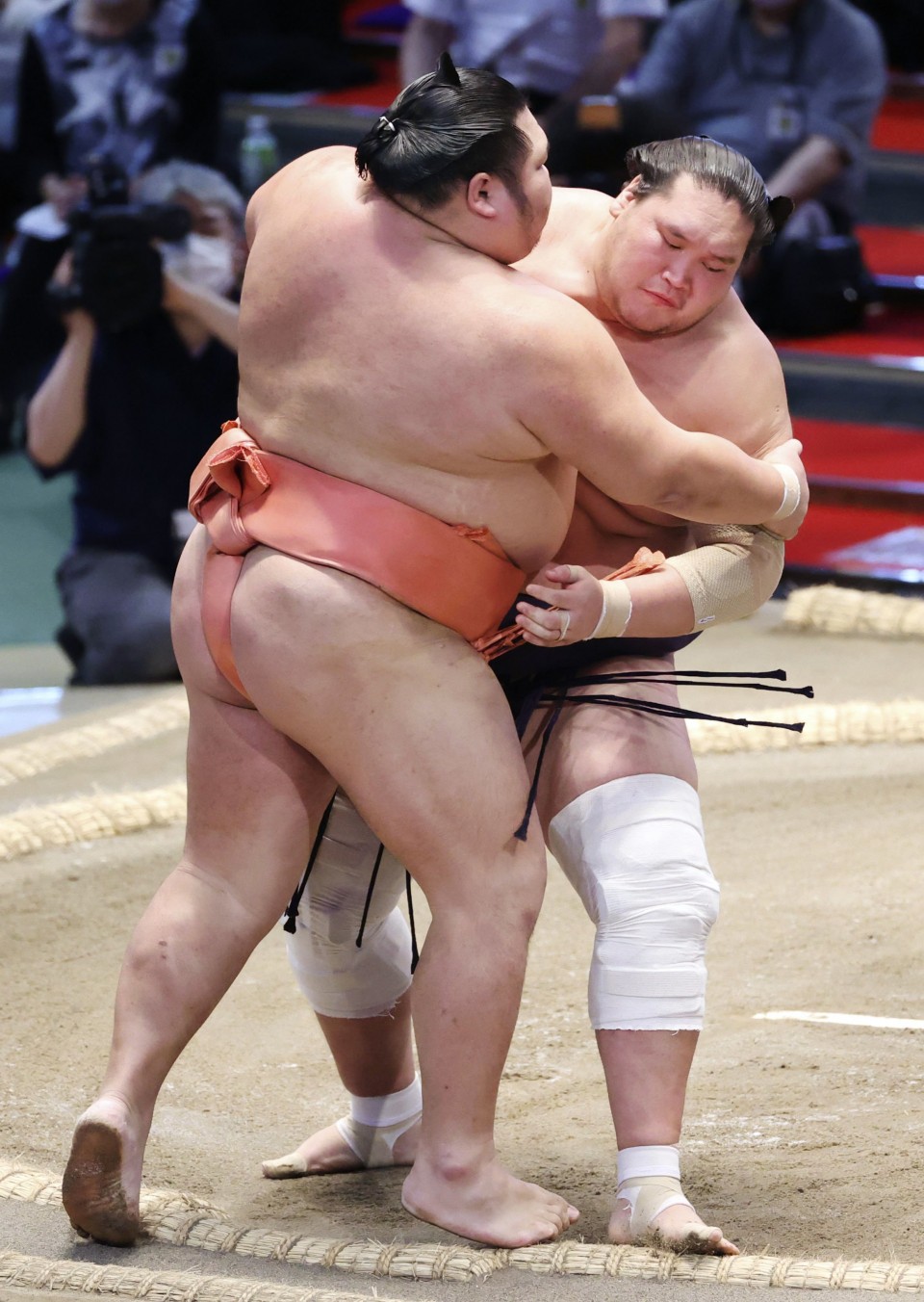 Ozeki Shodai (6-4) earned his third straight win by downing sekiwake Mitakeumi, who came into the bout with a 13-9 advantage in head-to-head meetings.

Normally strong off the mark, Mitakeumi (6-4) delivered a lackluster opening hit against Shodai, who stood firm before executing a slap down.

Giving up some 60 kilograms, the speedy Wakatakakage stayed on the move against Takayasu, who managed to pull the komusubi down while backpedaling.