Joint leaders Hakuho and Terunofuji stayed unbeaten Monday at the Nagoya Grand Sumo Tournament, easily handling rank-and-file opponents to preserve a two-win buffer at the head of the pack.

Grand champion Hakuho continued his career dominance over No. 4 maegashira Chiyotairyu, while Terunofuji kept up his bid for yokozuna promotion by downing No. 5 Okinoumi. 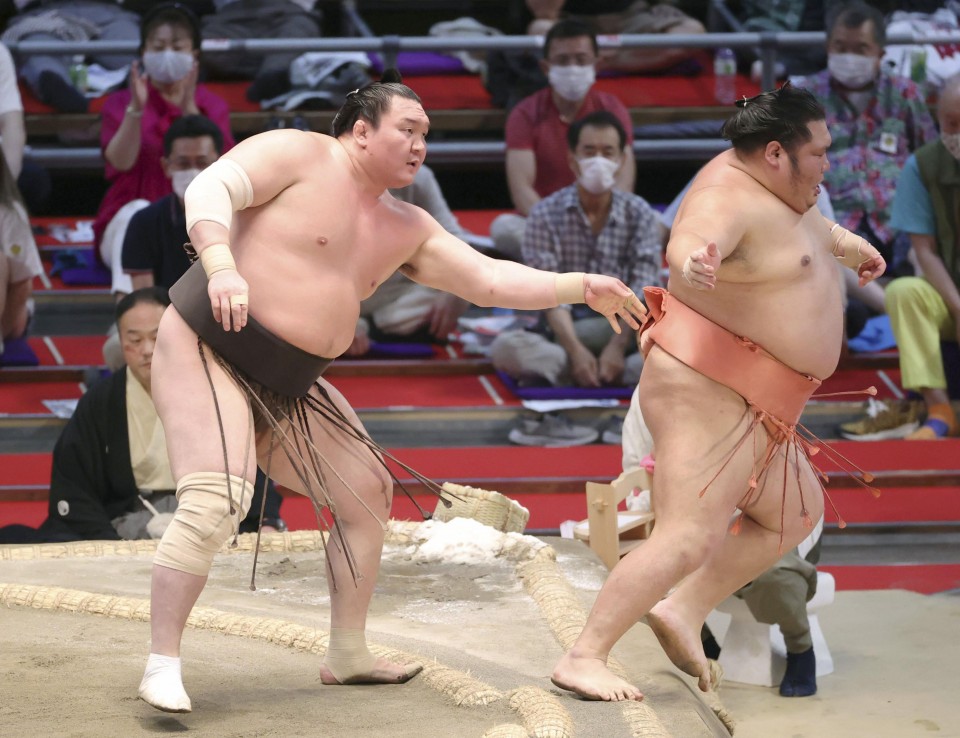 The two front-runners have stood head and shoulders above the rest through nine days at Nagoya's Dolphins Arena, and appear to be on a collision course in the battle for the Emperor's Cup.

Hakuho improved to 10-0 for his career against Chiyotairyu, barely breaking a sweat in the final bout of the day.

Having won with a wide range of techniques at the tournament so far, the Mongolian-born great kept it simple on Day 9, quickly forcing Chiyotairyu (2-7) out following a brief exchange of slaps.

Terunofuji, fighting for his third straight title at the 15-day meet, patiently waited for an opening before driving Okinoumi (5-4) over the edge. 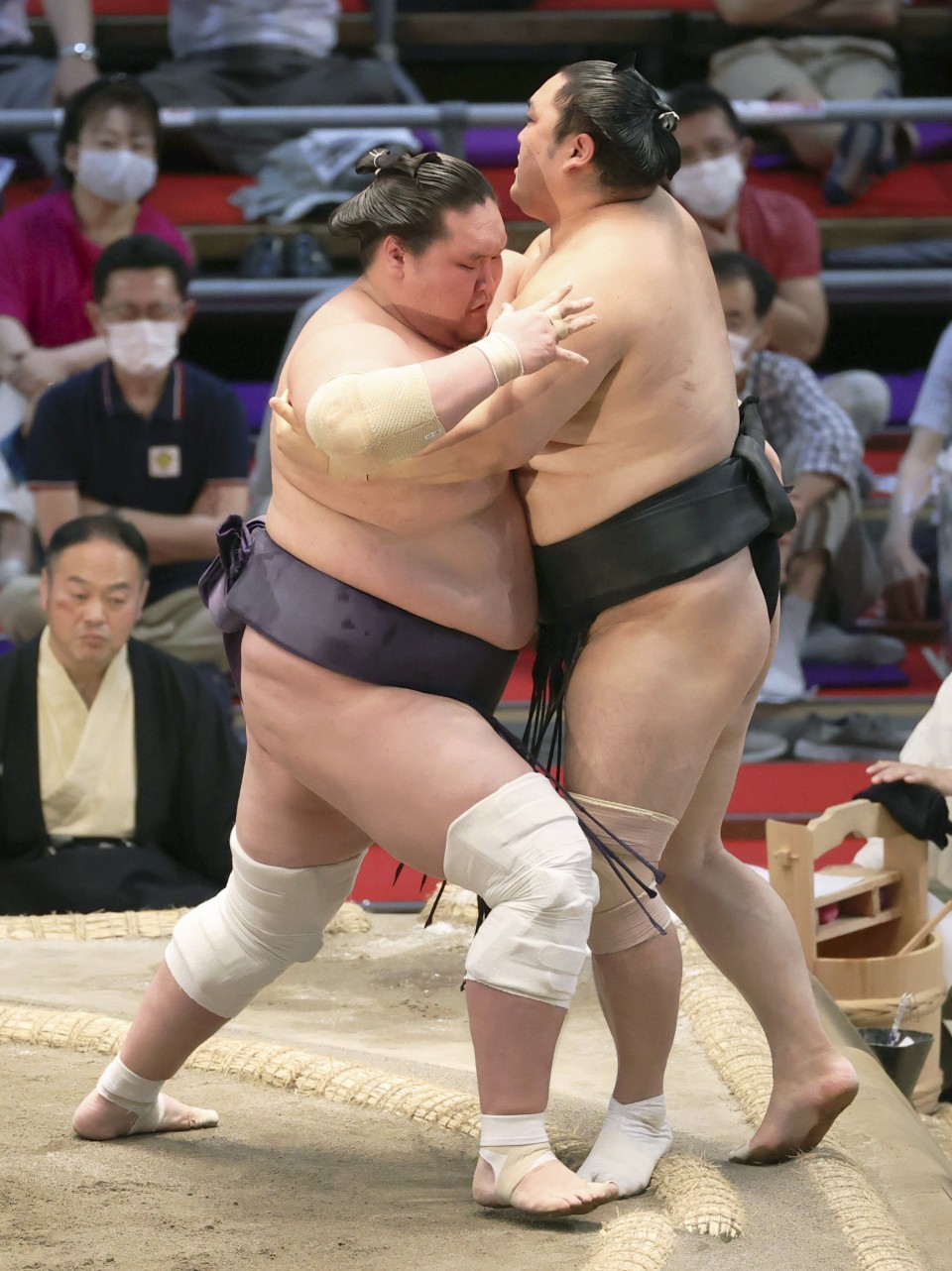 The ozeki held firm as his opponent attacked from the jump, securing a belt grip that enabled him to execute a quick force out.

Two wrestlers from the bottom half of the draw -- No. 11 Kotonowaka and No. 17 Ichiyamamoto -- occupy the next rung on the leaderboard at 7-2.

Ozeki Shodai fought an ugly but effective battle against new komusubi Meisei (4-5), improving to 5-4 with a push out.

After absorbing Meisei's initial attack, Shodai slung the komusubi off balance and shoved him over the straw.

Sekiwake Takayasu overcame an awkward start on his way to a convincing win over No. 3 Hokutofuji (4-5). The maegashira had the early momentum before Takayasu (5-2-2) neutralized his thrusting attack and slapped him to the clay.

Sekiwake Mitakeumi advanced to 6-3 by blowing away No. 4 Kotoeko (2-7). The two-time Emperor's Cup winner delivered a hard opening hit and kept moving forward for an easy push out.

Komusubi Wakatakakage dropped to 3-6 with a loss to young Mongolian No. 5 Hoshoryu (6-3). The 22-year-old nephew of former yokozuna Asashoryu executed an underarm throw for his first-ever win over Wakatakakage.

No. 1 Daieisho (1-8), winner of the New Year tournament, will finish the 15-day meet with a losing record after falling to No. 2 Takanosho (5-4) in a battle of former sekiwake.