IOC's Bach calls for solidarity in Hiroshima 1 week before Olympics

The head of the International Olympic Committee traveled to Hiroshima on Friday and called for global solidarity in building a more peaceful future, amid opposition from some survivors of the 1945 atomic bombing on the city who say the visit ahead of the Tokyo Games beginning next week is politically motivated.

Thomas Bach's one-day trip from Tokyo to the western Japan city, which has been at the vanguard of the global campaign to abolish nuclear weapons, comes as public frustration persists over the IOC pushing ahead with the Olympics despite the coronavirus pandemic. 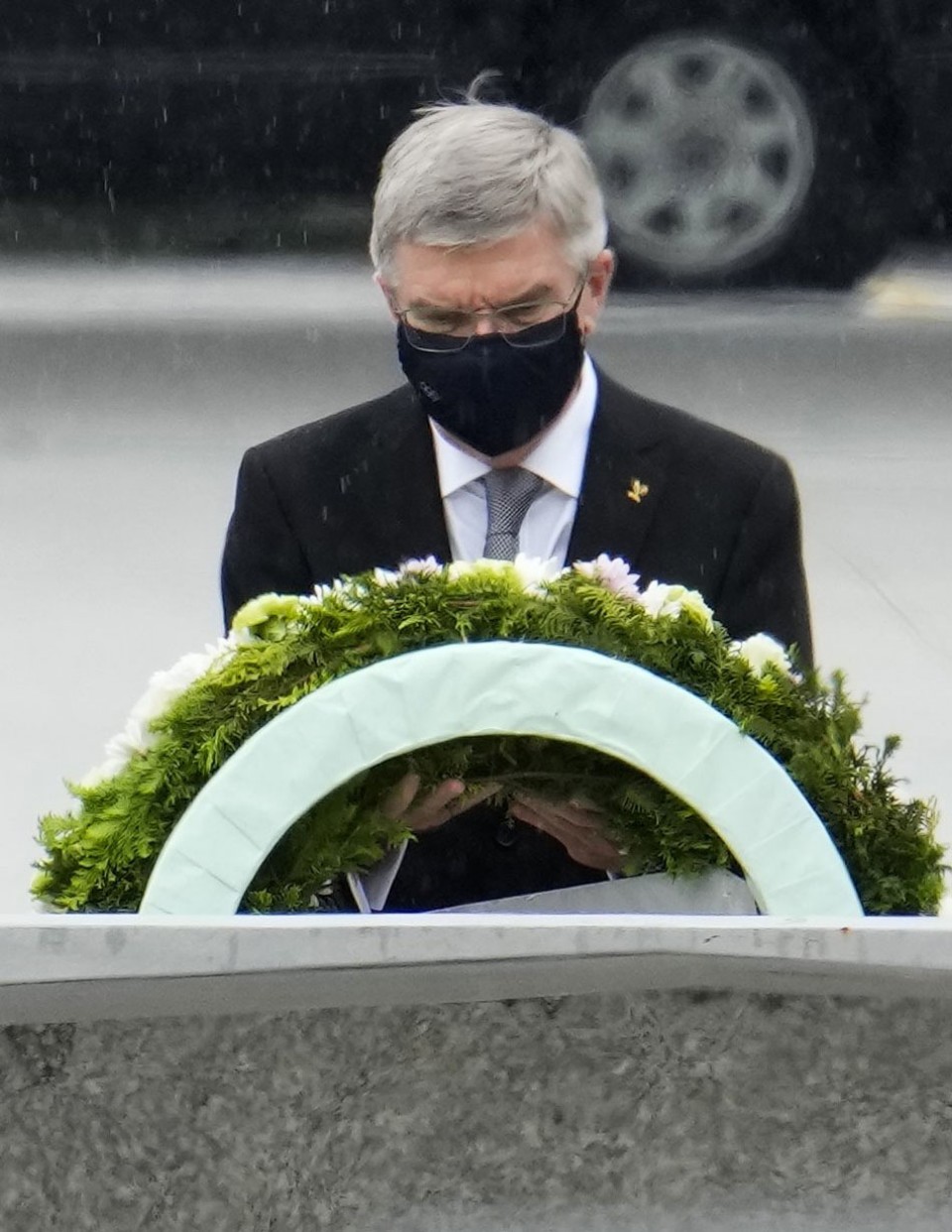 "Today, I am here to pay respect to Hiroshima as a city of peace and to all the people of Hiroshima," Bach said in a speech at the Peace Memorial Park, dedicated to the victims of the U.S.-dropped atomic bomb in World War II.

The 67-year-old German, who came to Japan last week, said his visit reaffirms the "peace mission in the Olympic movement" and called for more solidarity within and among societies after laying a wreath at the cenotaph and observing a moment of silence in the rain.

"Without solidarity, there is no peace," he said, adding that the Tokyo Olympics, due to begin next Friday, will be a "beacon of hope for a better and more peaceful future."

His trip coincided with the starting day of an Olympic truce, an idea dating back to ancient Greece and restored by the United Nations in 1993, calling for a worldwide cease-fire during the games.

However, a total of about 50 protesters gathered near the Atomic Bomb Dome, the skeletal remains of a building preserved as a memorial after the 1945 explosion over the city, in the park, chanting slogans such as "Cancel the Tokyo Olympics immediately" and "Don't use Hiroshima."

Kunihiko Sakuma, a 76-year-old survivor of the bombing, criticized Bach's speech, saying, "He didn't say a word about the abolishment of nuclear weapons."

"As I had thought, he came (to Hiroshima) just for a performance," said Sakuma, who heads a group of A-bomb sufferers. 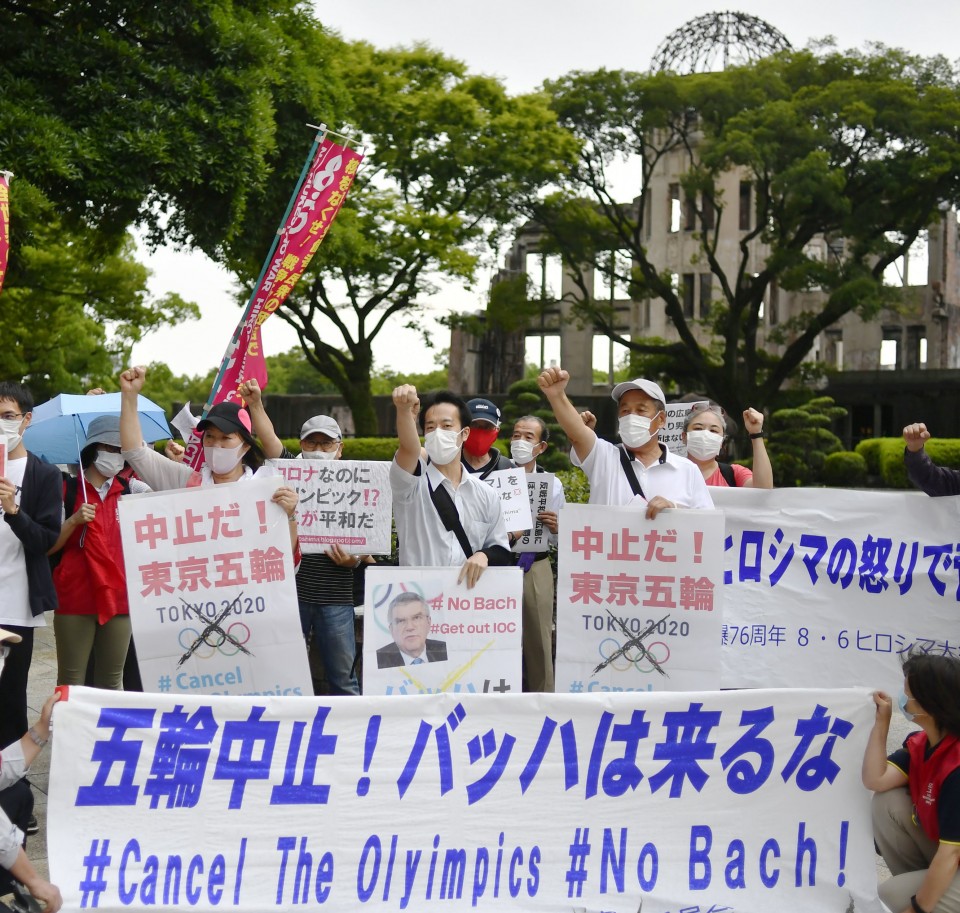 People stage a rally in front of the Atomic Bomb Dome in Hiroshima on July 15, 2021, to protest against International Olympic Committee President Thomas Bach's scheduled visit to the western Japan city the following day. (Kyodo) ==Kyodo

Bach had a brief meeting with an 82-year-old survivor, Fumiaki Kajiya, who later told reporters that he was "thankful" despite a lack of time to share his story with the IOC president.

Hiroshima Gov. Hidehiko Yuzaki said, "It was significant that (Bach) came to remember those who lost their lives here as well as those who are commemorated here."

Yuzaki said Bach was "speechless" and seemed shocked after visiting the Peace Memorial Museum and learning more about the tragic history of Hiroshima, devastated by the bombing that killed an estimated 140,000 people by the end of 1945.

Hours before his visit to the park in the afternoon, fences were set up around key areas to restrict the entry of regular visitors, similar to measures taken for visits by former U.S. President Barack Obama in 2016 and Pope Francis in 2019.

A survivor of the bombing in her 80s, sitting on a bench at the park, said, "I wonder if Mr. Bach wanted to visit Hiroshima of his own will."

A local branch of the Japan Council against Atomic and Hydrogen Bombs, which had called for the cancellation of Bach's visit to Hiroshima, said in an online petition that staging the Olympics amid the pandemic will be a "disregard for people's health and lives, and shows that the games is not 'a festival of peace.'"

The petition, launched last week, had received over 70,000 signatures.

Some critics had also raised concerns about Bach traveling to Hiroshima from Tokyo when the capital is under a fresh COVID-19 state of emergency.

Tokyo reported 1,271 new cases of the virus on Friday, down slightly from the previous day that saw the highest daily figure since Jan. 21.