Amid negative sentiment around the Olympics before they begin next week, Bach made the request to Suga during their meeting on Wednesday in Tokyo, according to the official, who spoke on condition of anonymity. 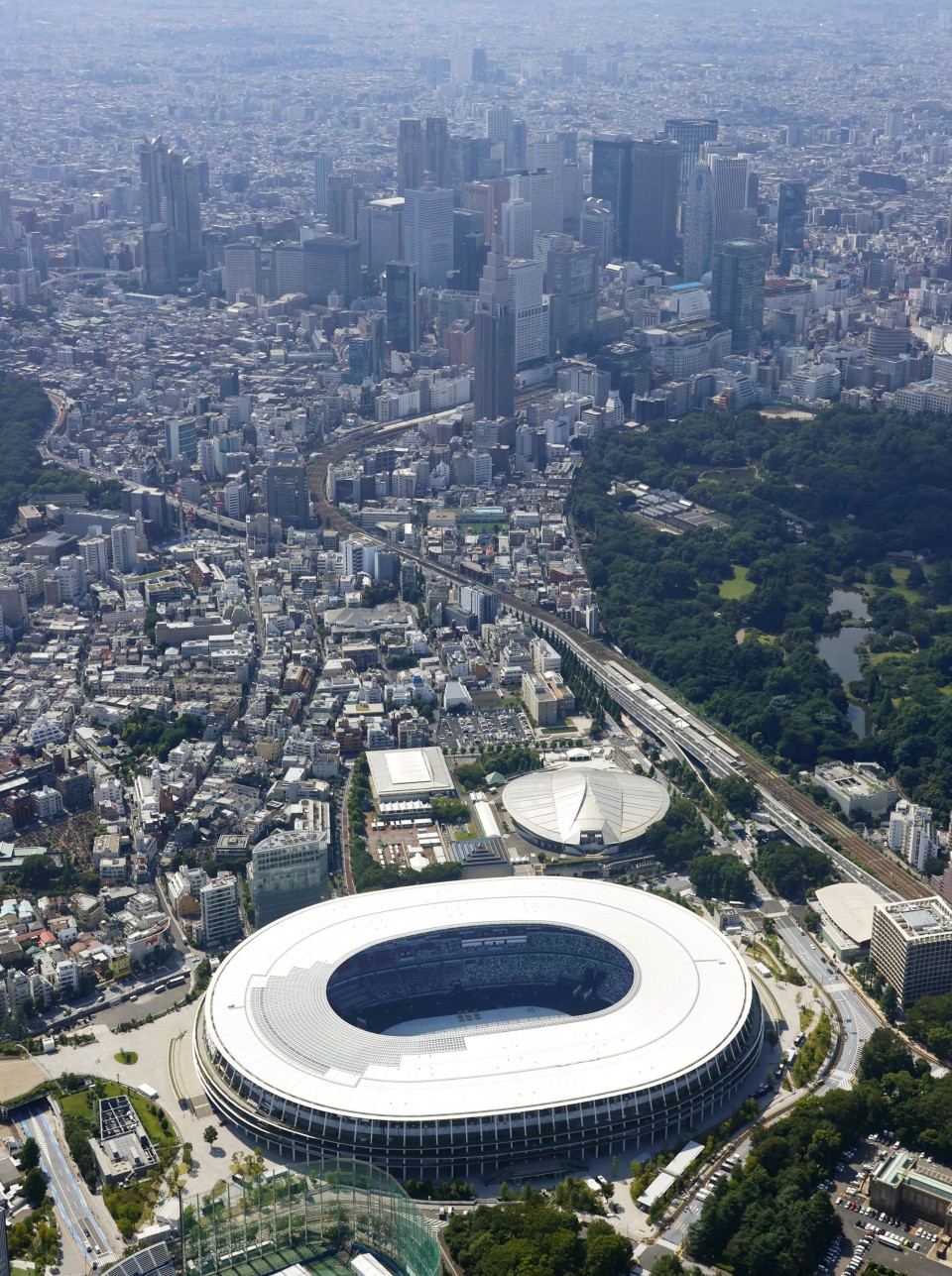 His request was made just a week after the IOC, the Japanese government and other organizers made an unprecedented decision to stage the Olympics without spectators at almost all venues due to surging COVID-19 infections.

Tokyo, which was placed under a state of emergency earlier this week, reported 1,308 new daily COVID-19 cases on Thursday, topping 1,000 for the second day in a row and the highest since Jan. 21.

According to the official, Suga told Bach that the five organizing bodies of the Olympics and Paralympics will review the spectator policy together in the event there is a significant change in the situation, as agreed during their previous meeting on July 8.

Although the Japanese organizing committee sold tickets for 750 Olympic sessions, or time slots, with the decision to stage competitions behind closed doors in Tokyo and some other areas, only 26, or about 3.5 percent of the total, will take place with spectators at venues.

The new state of emergency, under which restaurants and bars are asked to refrain from serving alcohol, took effect on Monday following another wave of infections triggered by the more contagious Delta variant. The emergency will run through the Olympics to Aug. 22.

In a related development, officials involved in Olympics' preparations said the organizers are considering allowing fewer than 1,000 VIPs to attend next week's opening ceremony, slashing the previously planned figure of 10,000 and excluding the public altogether to prevent the spread of the virus.

Since making the unprecedented decision, the organizers have been trying to cut the number of people who will be physically present at the opening ceremony at the National Stadium in Tokyo.

The ceremony in the 68,000-seat stadium, slated for July 23, is likely to be limited to some officials, including IOC representatives and foreign dignitaries, but guests invited by corporate sponsors will be left to watch on television, according to the officials.

During a meeting with Tokyo Gov. Yuriko Koike on Thursday afternoon, Bach, who arrived in Japan a week ago, praised the efforts of Japan's "unsung heroes," including health workers and "all the people of Tokyo who are respecting the strict rules which have been established here in order to contain the virus." 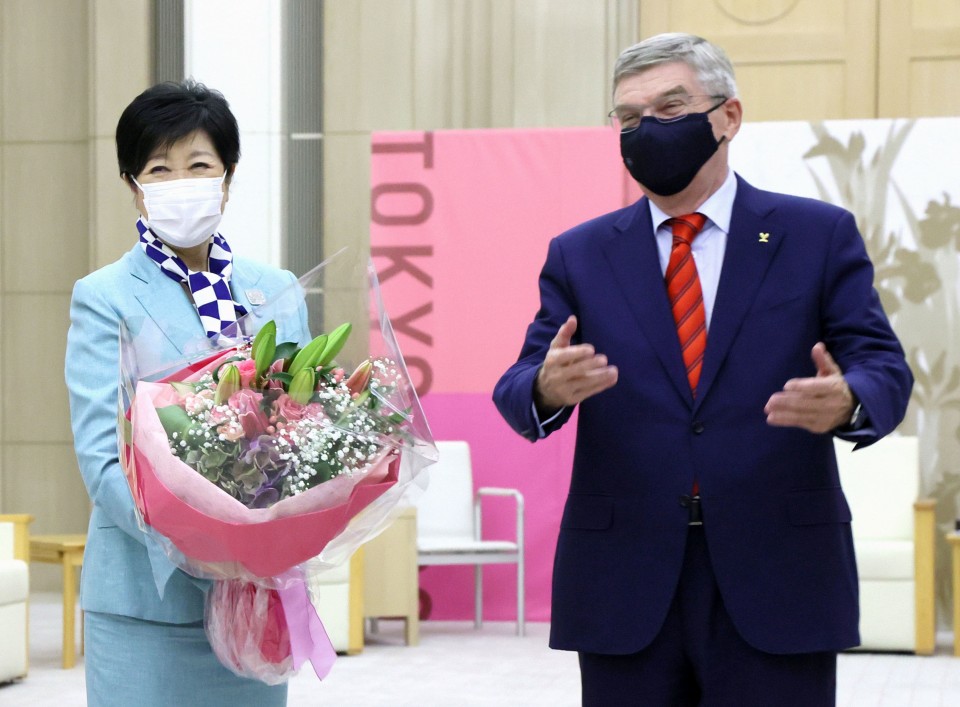 The IOC president said the Olympics, delayed for one year due to the pandemic, will be the "most restricted sports event ever in the world," and they can be held safely because of various measures to avoid the risk of infection.

The measures he touched on included medals being presented to Olympians on a tray during victory ceremonies instead of being put around their necks.

Koike also stressed that Tokyo will implement adequate steps to prevent the spread of the virus, saying, "We'd like to protect the health and lives of people who have come from around the world."

Still, the games organizing committee said Thursday that another athlete from overseas has tested positive for the virus but did not disclose the age or nationality for privacy reasons.

The athlete arrived in the country less than 14 days ago and was not staying at the athletes' village, the committee said. An official from overseas and four contractors have also tested positive.

Several delegation members, including those from Uganda and Serbia, have been confirmed to be infected, while many more have been in quarantine after they were deemed to have been in close contact with someone who tested positive for the virus.

While Olympic competitions will begin on Wednesday, two days before the opening ceremony, public support remains low and medical experts have expressed fears that the games could worsen the pandemic situation in the country, where the majority of people have still not been vaccinated against the coronavirus.

An online petition calling for the cancellation of the Olympics has received over 450,000 signatures since it was launched in early May.

Kenji Utsunomiya, a lawyer who started the campaign, told a press conference on Thursday that it is unlikely that the organizers can hold the Olympics and Paralympics safely after he submitted the request to cancel the global sporting event to the Tokyo metropolitan government.

"(Hosting the games) will run counter to the Olympic Charter that aims to promote a 'peaceful society concerned with the preservation of human dignity,'" he said. 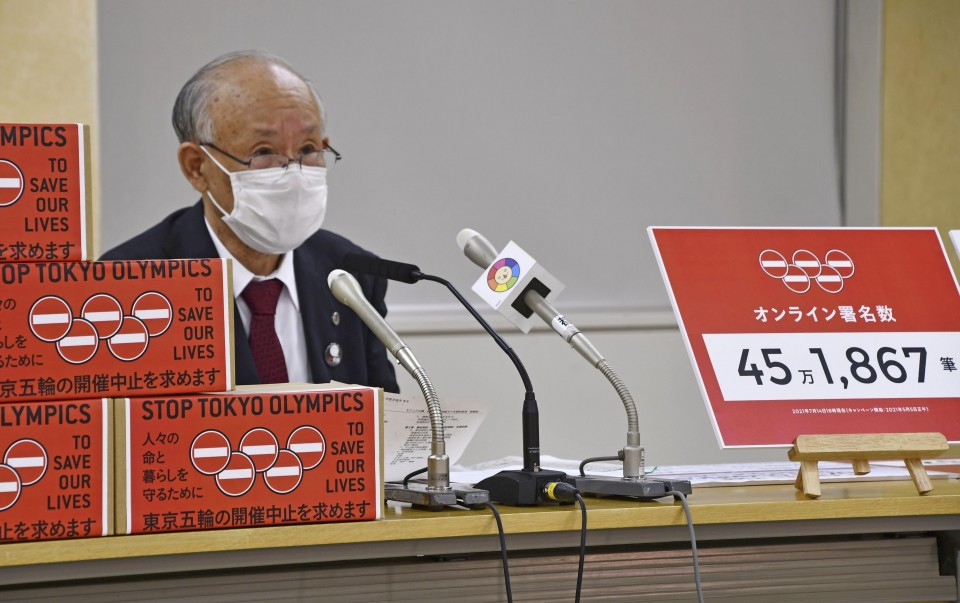 Kenji Utsunomiya, a former president of the Japan Federation of Bar Associations, holds a press conference at the Tokyo metropolitan government headquarters on July 15, 2021. (Kyodo)