The organizing body of the Tokyo Olympics on Thursday unveiled an environmentally friendly medal podium and newly composed music that will be played during victory ceremonies, as the Japanese capital marked 50 days to go until the major international sporting event.

During a live online event, the organizers introduced the navy-colored checkered podium, which was made from recycled plastic, as well as costumes and medal trays to be used by volunteers who will take part in the ceremonies. 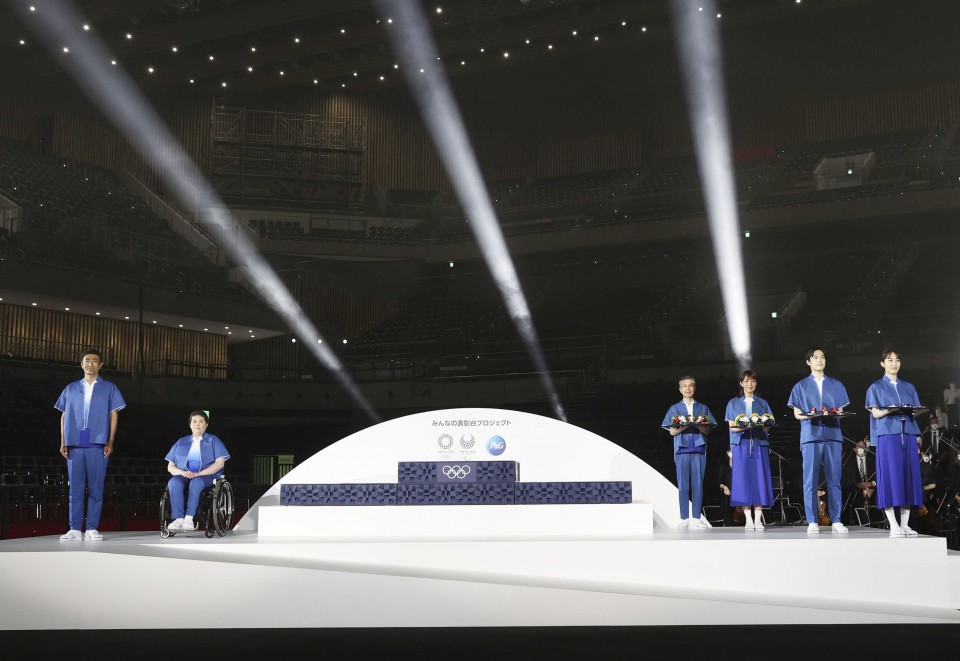 An environmentally-friendly medal podium (C) and other items for this summer's Tokyo Olympics are unveiled on June 3, 2021. (Pool photo)(Kyodo)

"For athletes standing on the podium and for others watching them, I believe (the ceremonies) will allow us to realize the value of holding the games during this time," Seiko Hashimoto, president of the committee, said of the games to be held amid the coronavirus pandemic.

"We have 50 days. I feel like I can hear the footsteps of the athletes who will cross the sea and gather in Tokyo," she said. "The organizing committee will protect the health of athletes at all costs."

Podiums, designed by artist Asao Tokolo who created the games' emblems, were made using marine plastic waste and household plastic to highlight the committee's push for sustainability, one of the key concepts of the Olympics set to open on July 23. 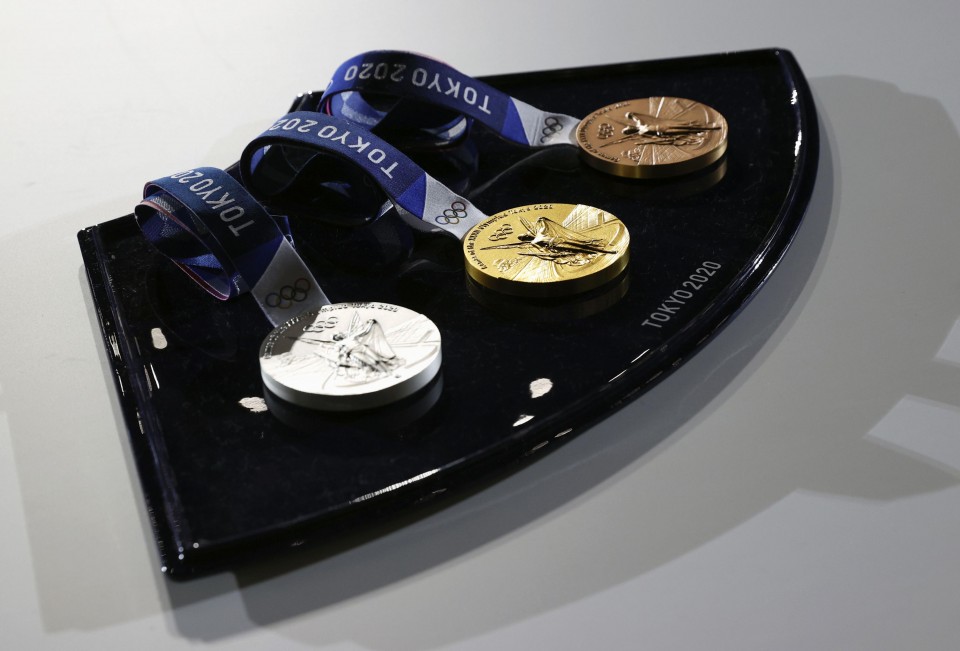 Photo taken in Tokyo on June 3, 2021, shows a tray to be used for medal ceremonies at the Tokyo Olympics and Paralympics, unveiled to the media 50 days ahead of the opening of the Olympics. (Pool photo) (Kyodo) ==Kyodo

Involving over 500 volunteers, a total of 878 ceremonies will be held during the Olympics and Paralympics, which were postponed for a year due to the global health crisis.

The Olympics will feature 33 sports consisting of 339 medal events, while the Paralympics, from Aug. 24, will have 539 events across 22 sports. 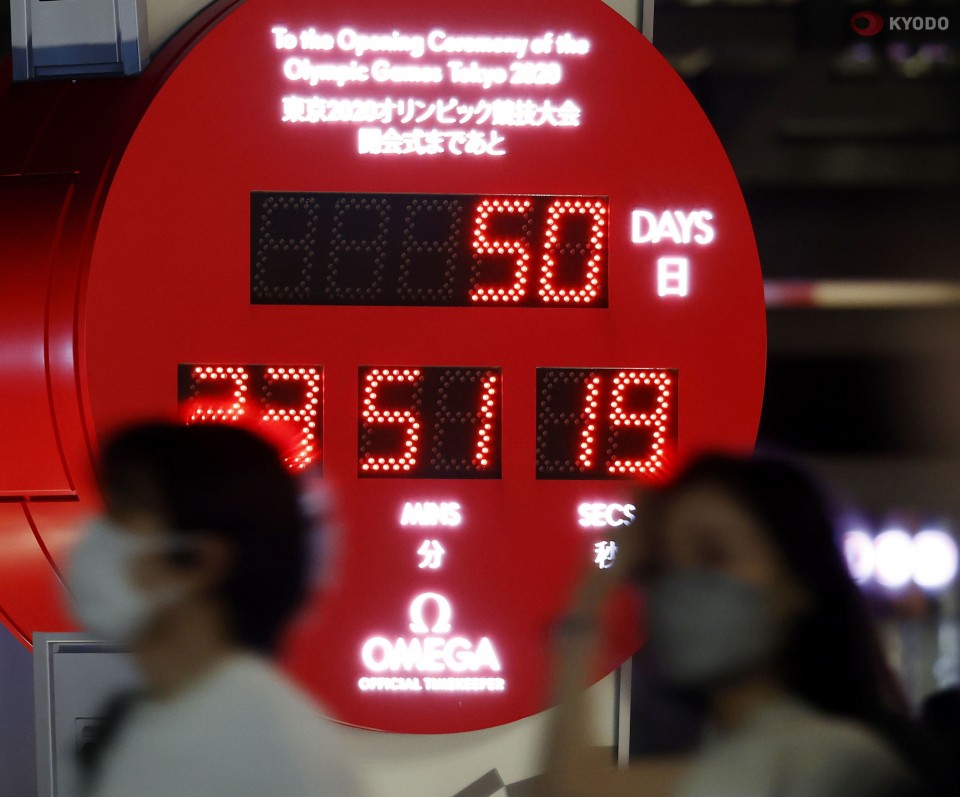 The victory ceremony music was created by Japanese composer Naoki Sato, who is behind the soundtracks of hit movies like "Rurouni Kenshin" series and "Eien no Zero" (The Eternal Zero), the committee said.

Volunteers who will take part in the ceremonies will wear blue costumes that combine the designs of traditional Japanese kimono and modern clothing. They can select whether to wear a garment in trouser or dress style.