Roughly 10,000 of the 80,000 volunteers originally scheduled to help at this summer's Tokyo Olympics and Paralympics have quit, the Japanese organizing committee said Wednesday, reflecting the difficulty of staging a major sporting event amid the coronavirus pandemic.

"I think there is no doubt that one of the reasons is concern over coronavirus infections," Toshiro Muto, CEO of the organizing committee, told reporters, but said it would not seriously affect operations because the games are expected to be scaled down from their original plans. 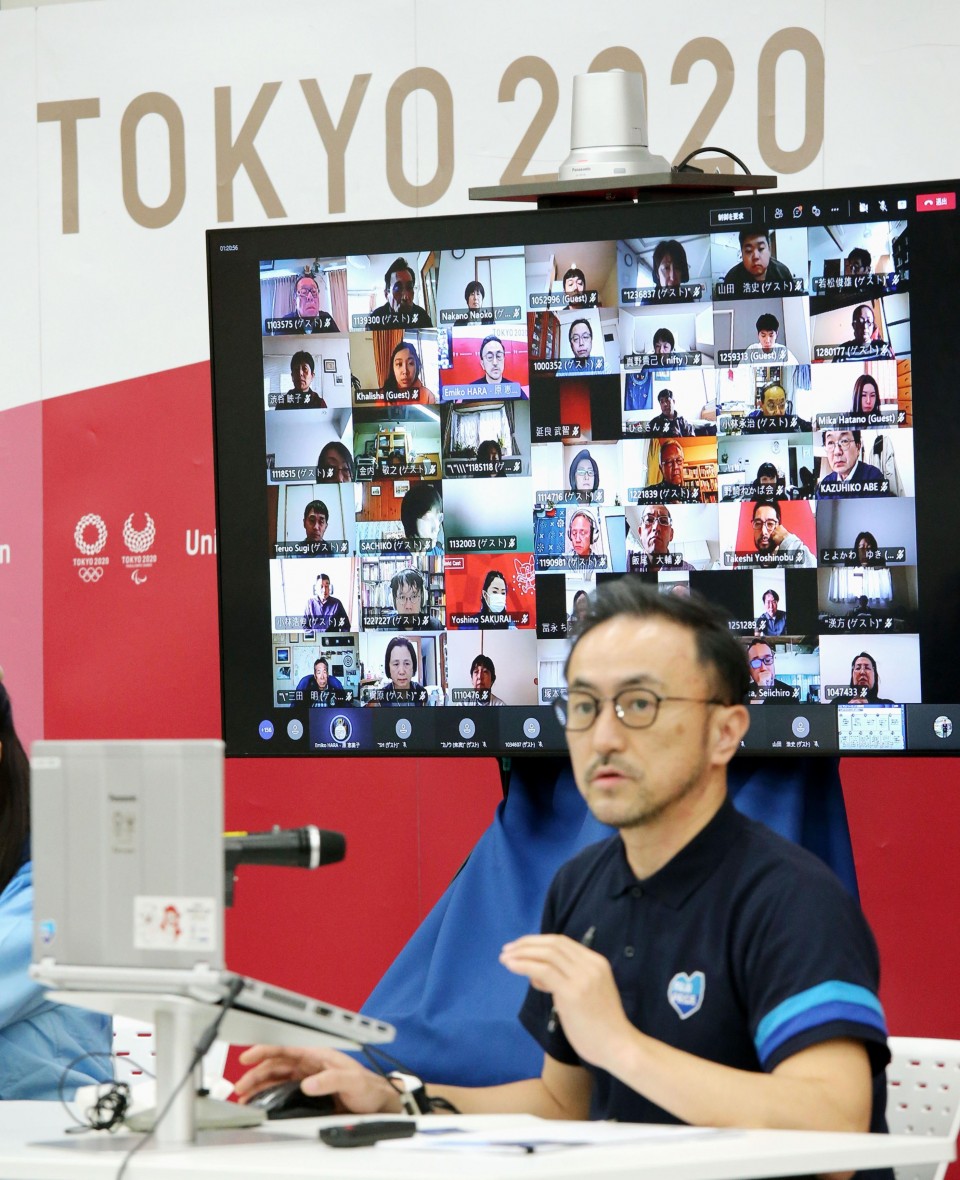 Tokyo Olympic volunteers are seen on screen during an online training session on April 10, 2021, in Tokyo. (Kyodo)The organizing committee said that about 1,000 volunteers had quit as of late February. As the Tokyo Games were postponed due to the coronavirus pandemic, Muto said some of the volunteers may have dropped out due to scheduling conflicts or because they had to move.

The organizing committee said that about 1,000 volunteers had quit as of late February. As the Tokyo Games were postponed due to the coronavirus pandemic, Muto said some of the volunteers may have dropped out due to scheduling conflicts or because they had to move.

"Field Cast" volunteers, who were recruited by the organizing committee from over 200,000 applications, were expected to take various roles, such as serving as guides at venues and helping out at the athletes' village.

As part of measures to ensure the games' safety, the organizers have barred spectators from overseas. While there will be about 15,000 athletes, they will be kept in a bubble environment with their movements primarily restricted to transit to and from their venues.

The organizers have been struggling to build support and convince the public that the Olympics can be held safely in just over a month. The country has not been able to successfully control infections, driven by highly contagious variants of the virus.

Muto also said about 190,000 officials and workers from Japan, including members of the organizing committee, volunteers, security personnel, sponsors and press will be involved in the Olympics, and 110,000 in the Paralympics.

The committee said last month that the number of overseas officials and workers will be reduced to 78,000, less than half the initial figure.