About 95 percent of Japanese athletes competing at the Tokyo Olympics are expected to be vaccinated for COVID-19, a top official said Thursday, just 50 days before the opening of the major sporting event amid deep-seated coronavirus fears.

The plan was unveiled by Japanese Olympic Committee President Yasuhiro Yamashita at a time when Japan's vaccination rate is still very low compared with many other developed countries and public opposition to going ahead with the games remains strong.

But Yamashita said athletes do not need to feel guilty about practicing for the Olympics, insisting that the games can be held "safely and securely." 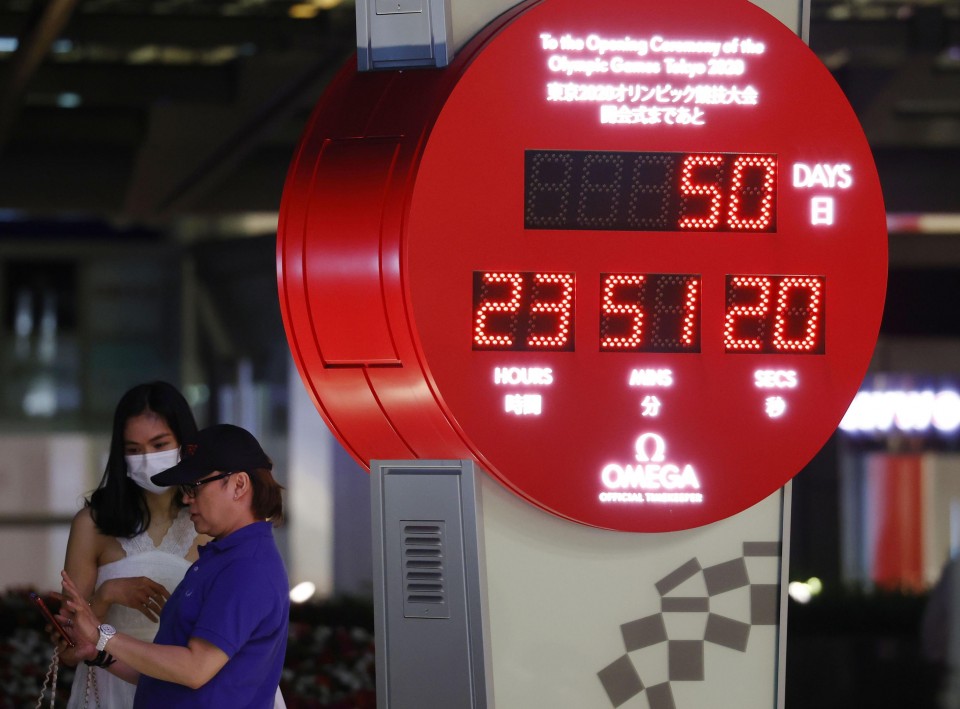 The JOC, which began vaccinating Olympic athletes and others involved in the games on Tuesday, said team doctors will inoculate 600 athletes, along with 1,000 coaches and support staff, with two shots each through July 20.

Yamashita, who himself received a shot on Thursday, said that vaccination numbers had increased more than expected and he had been informed by athletic organizations that the measure is "not only to protect ourselves but also to not cause trouble to others."

Acknowledging concern over the medical situation, he added, "We need to demonstrate more concrete measures against the virus. We need to make even more efforts (to reduce the scale of the games)."

Separately on Thursday, Seiko Hashimoto, president of the Tokyo Olympic organizing committee, vowed to protect the health of athletes from across the world when they gather in Japan for the games, due to open on July 23 following a one-year postponement.

"We will be fully prepared with our infection prevention measures. So please be at ease in coming (to Japan)," Hashimoto said during an event in Tokyo, adding the organizing committee "will protect the health of all athletes."

She made the remarks at Ariake Arena, the venue for Olympic volleyball, before the committee unveiled a navy-colored medal podium made out of recycled plastic and newly composed music that will be played during victory ceremonies.

A total of about 15,000 athletes will participate in the Tokyo Olympics and Paralympics.

In an effort to prevent the spread of the coronavirus, the International Olympic Committee and the Japanese organizers have decided to bar spectators from overseas.

They have delayed a decision until June on what to do with domestic spectators to monitor the situation of infections closely.

The Japanese capital, set to host its second Summer Olympics, and some other areas of the country have been under a state of emergency following a fourth wave of infections since April.

The government plans to discuss next week restrictions on events after the emergency was extended to June 20, a senior government official said.

"Our image is to apply those restrictions also to the Olympics," the official said, who spoke on condition of anonymity.

The restrictions currently in place include limiting attendance at large events to 5,000 people or 50 percent of venue capacity.