Judo: Tsukasa Yoshida brimming with confidence ahead of Olympic debut

Having won a host of major titles on the international judo circuit, women's 57-kilogram judoka Tsukasa Yoshida said Wednesday she expects to add Olympic gold to her trophy cabinet this summer.

Although she will be making her Olympic debut at the July 23 to Aug. 8 Tokyo Games, Yoshida is confident her current training regime will lead her to the top of the podium. 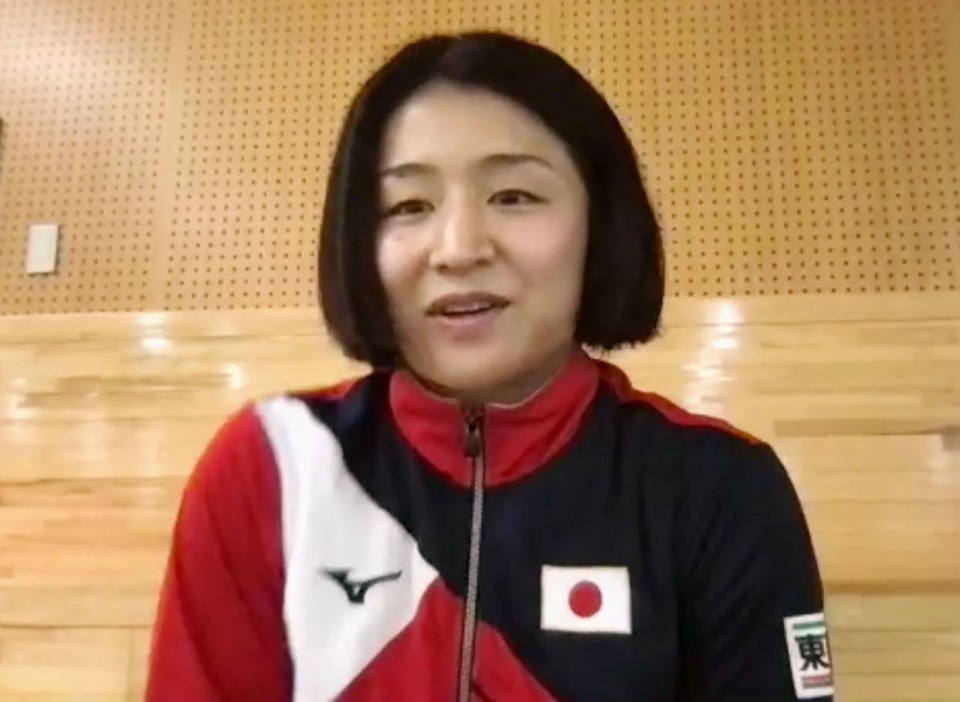 Tsukasa Yoshida speaks in an online interview on June 2, 2021. (Kyodo)

"If the games are held, I'll win the gold medal," the 25-year-old Yoshida said in an online interview. "I want to prepare properly with that goal in mind, which means continuing what I'm already doing."

The Kyoto Prefecture native said she became stuck in a rut with her training following the onset of the coronavirus pandemic last year, but after telling herself "I'm only myself when I'm doing judo," she got back on track by focusing on basic fundamentals.

Yoshida traveled to the 2016 Rio de Janeiro Games as a training partner of 63-kg Olympian Miku Tashiro, a member of the same judo club, and recalls finding the atmosphere more intimidating than other international meets.

But after racking up a succession of Grand Slam and World Masters victories, along with her world championship, she feels more than ready for this summer's Olympics, where she will be teammates with Tashiro.

"My desire to compete has gotten stronger by the day," she said.