Tomita, who took third last year, endured for 14 minutes, 56 seconds before triumphing over Akemi Hashimoto in the final on shido penalties. Afterward, she said the 2024 Olympics is her target. 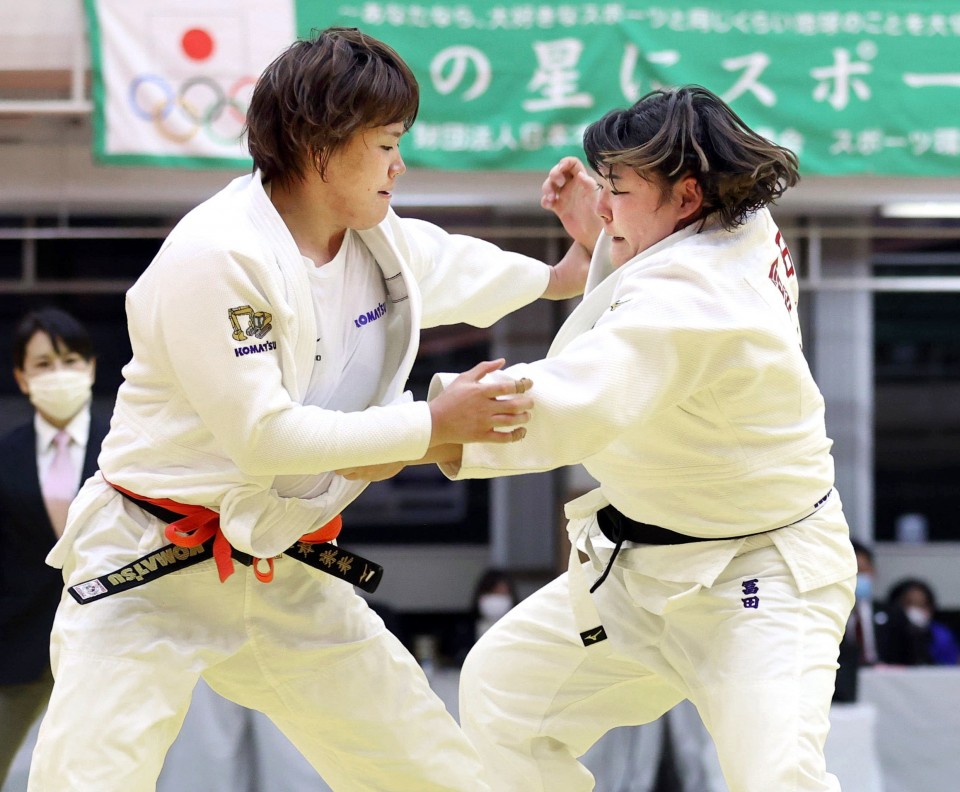 Wakaba Tomita (R) and Akemi Hashimoto fight in the unlimited weight-class final at the national women's judo championship at the Kodokan Judo Institute in Tokyo on Dec. 27, 2020.
(Pool photo)(Kyodo)

"In my first match it was hard to move because of the cold, but from my second bout I was able to settle down and execute my style of judo," Tomita said. "This championship is a confidence builder. My target is to be the champion in Paris, so I need to make at least some kind of a statement."

Eighteen-year-old Moka Kuwagata and Nami Inamori were third. Mami Umeki, a 2016 Olympic representative in the 78-kilogram class, lost to Inamori in the quarterfinals.

Kuwagata beat Sara Asahina, a former world champion in the over 78-kg division, on penalties in their second-round match.

The tournament, originally scheduled for April, was postponed due to the coronavirus pandemic and held behind closed doors at Tokyo's Kodokan Judo Institute.

None of Japan's seven women representatives for next year's Tokyo Olympics competed.