World No. 2 Shori Hamada won silver in the women's 78-kilogram category for Japan's only medal on Wednesday, the final day of the invitation-only International Judo Federation World Masters in Doha, Qatar.

Hamada, the 2018 world champion, advanced to the final by winning all three preliminary matches by "ippon" but lost to France's Madeleine Malonga, who scored a waza-ari early with osoto-gari leg throw and kept the lead for the remainder of the contest. 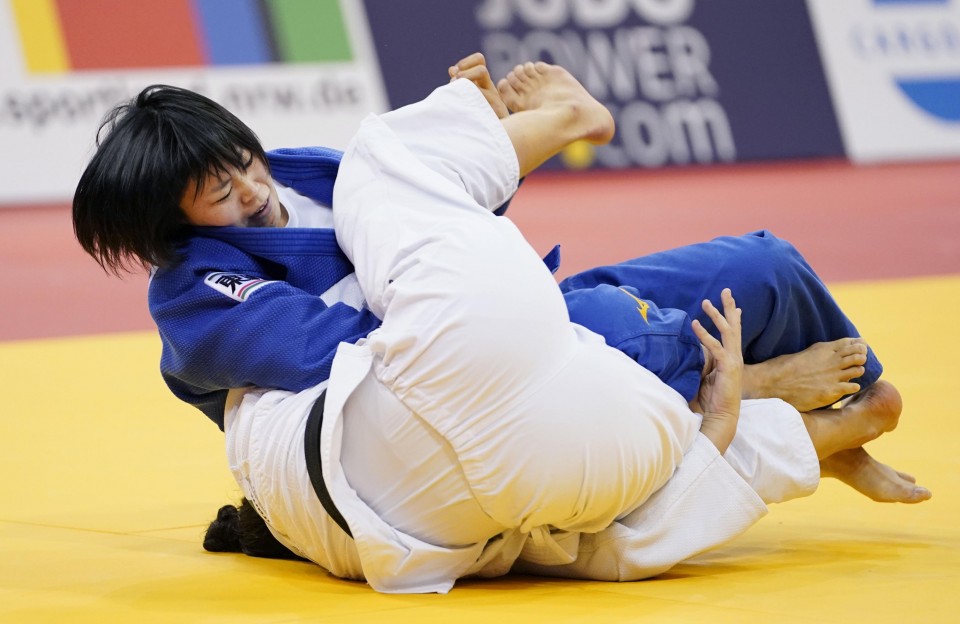 It was a rematch of the 2019 world championships in Tokyo won by Malonga, currently ranked No. 1 in the world in the 78-kg.

In the men's over 100-kg division, Hisayoshi Harasawa, who has already secured his spot on the Tokyo Olympic team, lost his first match to Ukraine's Yakiv Khammo, the eventual bronze medalist. The heavyweight title went to France's Teddy Riner, a 10-time world champion and two-time Olympic champion.

Japan finished the three-day meet with two gold medals, five silver and no bronze, which put it third on the medal table. It was the first time the nine Japanese judokas involved have competed internationally since February 2020.

France led the medal standings with five gold, one silver and one bronze. South Korea placed second with three gold.

Judo: Hamada beats world No. 1 for gold in women's 78-kg at worlds