Shohei Ohtani went deep in the first inning, crushing his 17th home run of the season 470 feet (143 meters) to right field in the Los Angeles Angels' 8-1 victory over the Kansas City Royals on Tuesday. 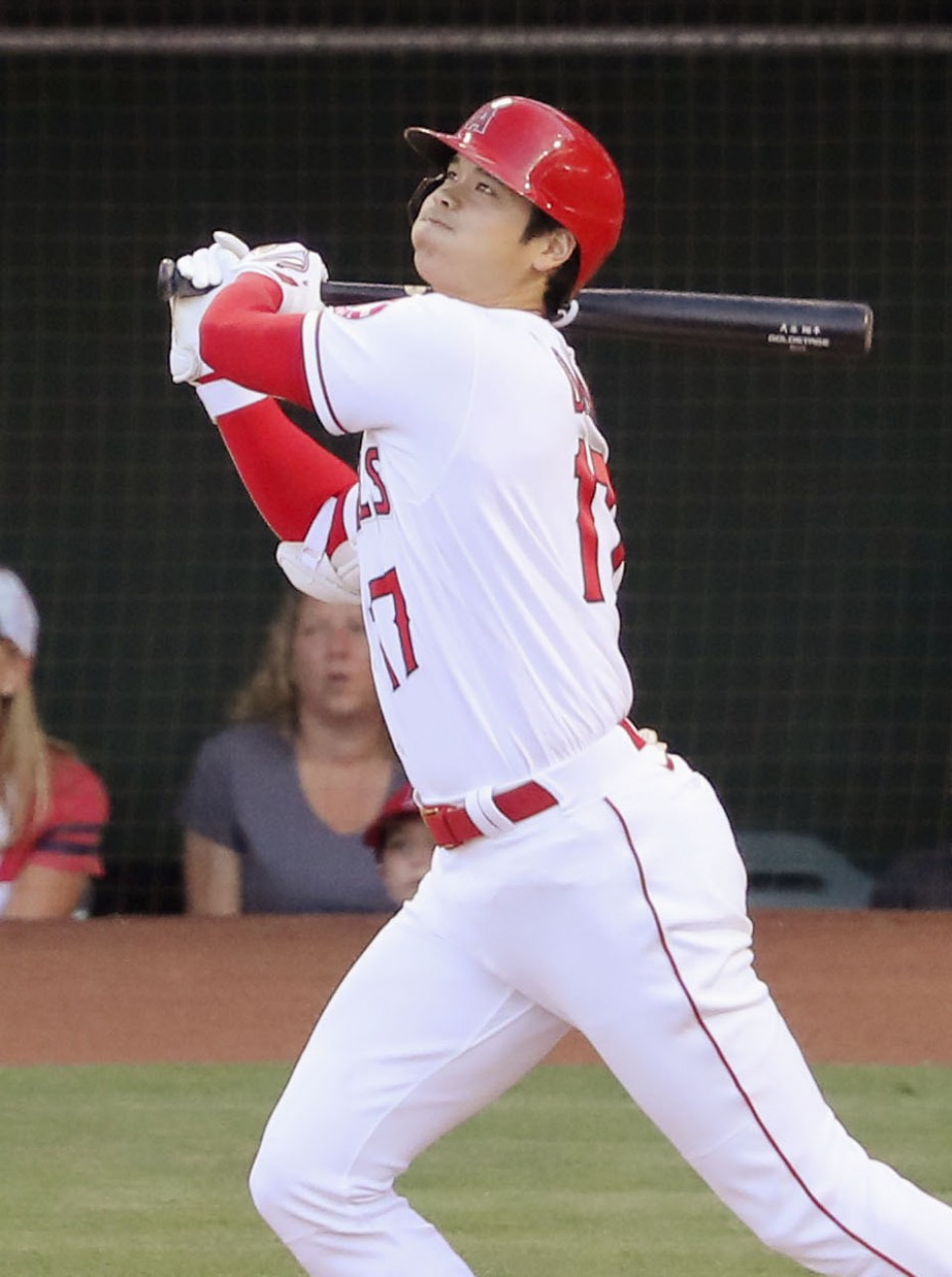 Shohei Ohtani of the Los Angeles Angels hits a two-run home run in the first inning of a game against the Kansas City Royals on June 8, 2021, at Angel Stadium in Anaheim, California, his 17th homer of the season. (Kyodo) ==Kyodo

According to MLB's Statcast tracking system, the two-run homer at Angel Stadium had the longest projected distance of the 26-year-old Japanese's MLB career. Ohtani is both pitching and hitting for the Angels this year, his fourth season in the major leagues.

Ohtani is now one back of the MLB lead for homers, currently shared by Ronald Acuna Jr. of the Atlanta Braves and Vladimir Guerrero Jr. of the Toronto Blue Jays.

Ohtani reached base again in his second at-bat, lacing a third-inning double to right-center field before scoring on a two-run homer by catcher Max Stassi that made it 4-0. Ohtani struck out and drew a walk in his other plate appearances.

Justin Upton and Jose Iglesias added to the Angels' lead with solo homers in the fourth, and Taylor Ward capped the scoring with a two-run homer in the eighth.

On the mound, Angels starter Andrew Heaney pitched six scoreless innings before allowing a run on two hits in the seventh. He left the game with two outs and Hanser Alberto on second after his RBI double.

At the Great American Ball Park in Cincinnati, Shogo Akiyama went 1-for-2 with an RBI, driving in the Cincinnati Reds' only run on a one-out single in the second in the team's 5-1 loss to the Milwaukee Brewers. Akiyama was replaced defensively in the fifth in a double switch when the Reds changed pitchers.