Shohei Ohtani made good use of his entire pitching arsenal Friday but was less than happy with his performance, despite notching his second win of the season, fanning 10 and not issuing a walk in a 3-2 decision over the Seattle Mariners.

Ohtani (2-1) matched his season high for strikeouts in the 76-pitch, six-inning outing, in which he gave up two runs on four hits. After eight starts, the two-way star has a 2.76 ERA with 60 strikeouts. 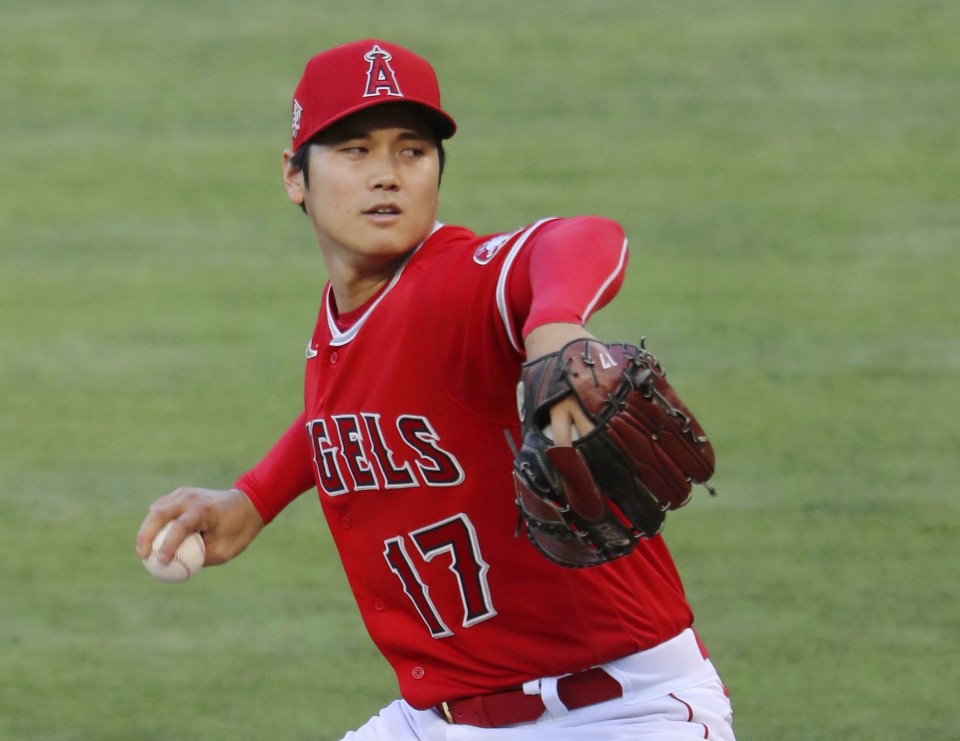 Shohei Ohtani of the Los Angeles Angels pitches against the Seattle Mariners at Angel Stadium in Anaheim, California, on June 4, 2021. (Kyodo) ==Kyodo

The performance was Ohtani's first no-walk start in his 20 big league games as a pitcher and his fourth with 10 or more strikeouts.

"It's not like everything was good," Ohtani said. "I did get strikeouts, but I had no sensation that I was all that good. All the hits I gave up were on bad pitches, so that's the biggest thing I need to look at."

He received a big helping hand at Angel Stadium from closer Raisel Iglesias, who got the last six outs after being sent in to rescue the Halos from a no-out, bases-loaded jam in the eighth. 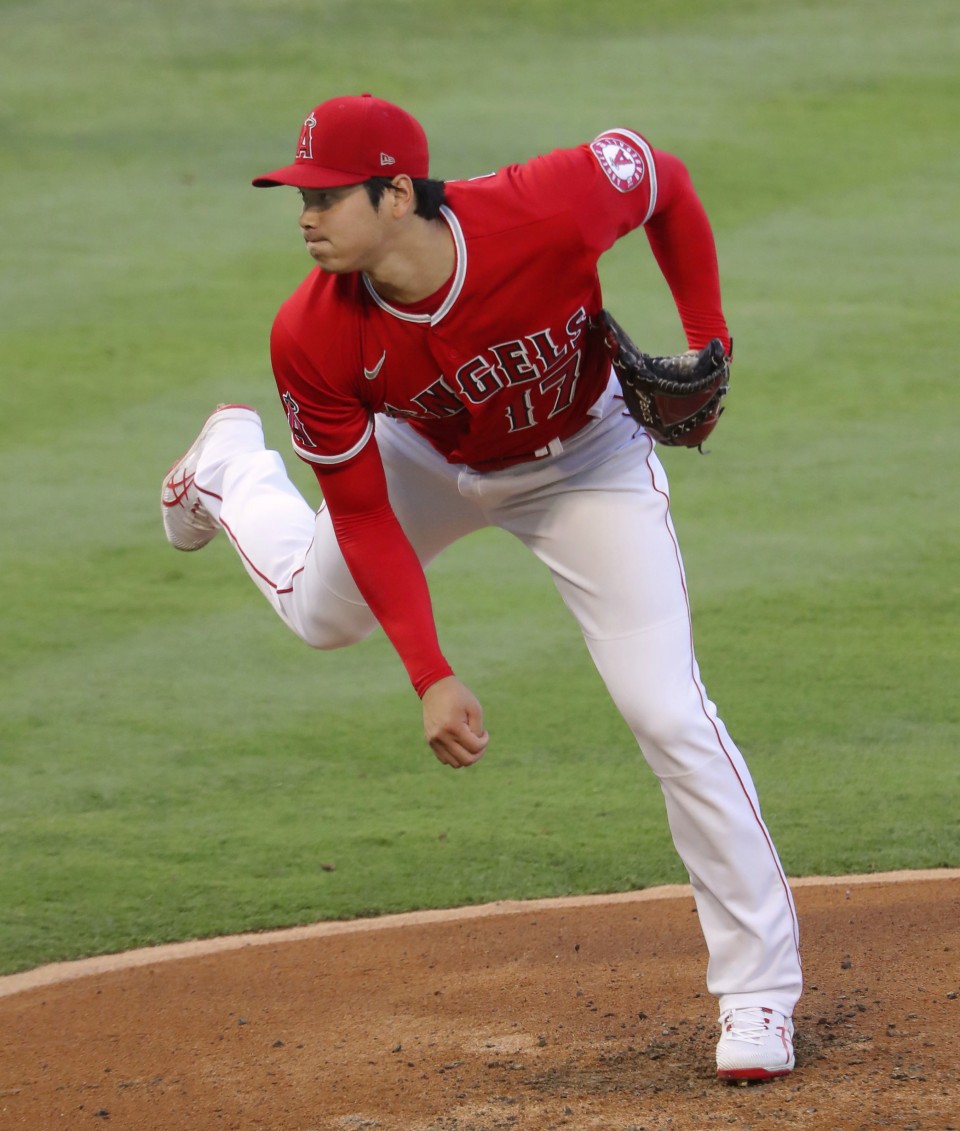 Shohei Ohtani of the Los Angeles Angels pitches against the Seattle Mariners at Angel Stadium in Anaheim, California, on June 4, 2021. (Kyodo) ==Kyodo

Ohtani went 0-for-2 with a walk as designated hitter and was unfortunate not to earn a base hit after smacking a hard grounder to Donnie Walton at second base for a double play in the first.

He got run support in the form of a two-run homer from Justin Upton against Seattle starter Robert Dugger in the third, and a Jose Rojas solo blast off lefty Hector Santiago (0-1) in the fourth.

Having taken his first loss of the season in his previous start, Ohtani got off on the wrong foot when he surrendered a home run to first batter J.P. Crawford off a 93.9 mile (151 kilometer) per hour fastball. The right-handed pitcher kept his composure, however, and struck out his next three batters swinging.

He delivered a 1-2-3 second inning with two strikeouts, but conceded another run in the third, when Taylor Trammel scored on Crawford's sacrifice fly.

Ohtani opened a 1-2-3 sixth by striking out Mitch Haniger on three pitches and appeared to have plenty left in the tank when Los Angeles manager Joe Maddon sat him at the end of the inning.

Reliever Tony Watson retired every batter he faced in the seventh before handing over to Mike Mayers to start the eighth.

Mayers quickly ran into trouble, loading the bases with nobody out and prompting Maddon to send Iglesias to the mound early to control the damage.

The Cuban right-hander got a popup and two strikeouts to end the inning. He retired all three batters in the final frame for his 10th save of the year.

At Yankee Stadium, Hirokazu Sawamura struck out five and walked one in two hitless innings of relief for the Boston Red Sox, who beat the New York Yankees 5-2.