Yu Darvish won his fifth straight decision and the 170th of his pro career on Thursday, holding the New York Mets to two runs over 5-1/3 innings as the San Diego Padres won 4-3 to snap their four-game losing skid.

Darvish (6-1) yielded four hits, a walk and hit a batter while striking out five in a 90-pitch effort at Petco Park.

"I knew I would tie (Daisuke) Matsuzaka and (Hisashi) Iwakuma," said Darvish of the benchmark previously reached by two other pitchers who split their careers between Japan and the majors. 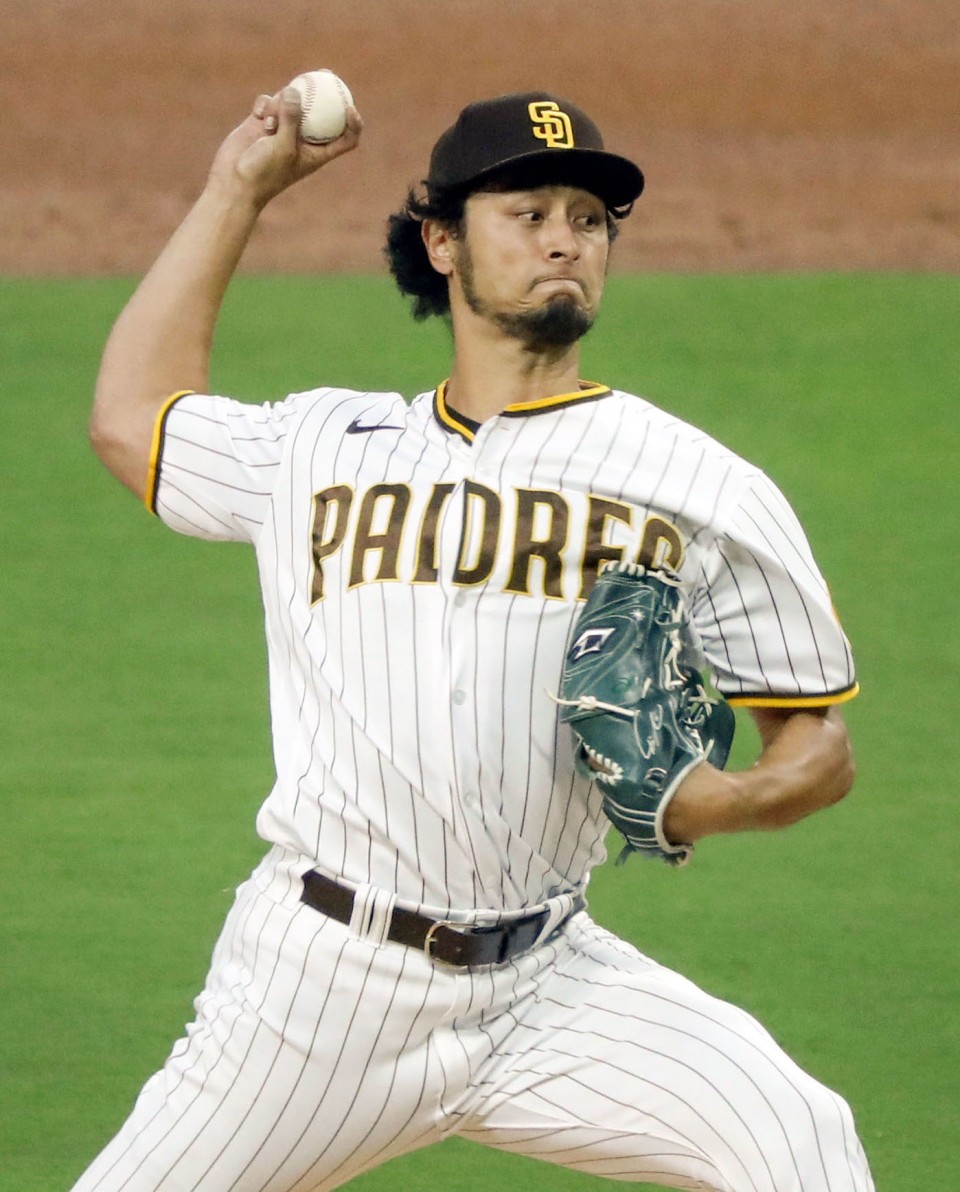 "Although mine came via a different route, it is really emotional to think I've won the same number of games as they did and savored those nights afterward."

Teammate Fernando Tatis Jr. opened the scoring off Taijuan Walker (4-2) with a two-run third-inning homer. Darvish, who singled in the second inning, doubled in the fourth to contribute to another Padres run.

Tatis singled and scored the Padres' fourth run on a fifth-inning wild pitch.

Darvish did not allow a hit until there were two outs in the fifth inning. James McCann put the Mets on the board in the sixth with a two-run home run.

Billy McKinney tripled in a run for the Mets in the eighth and San Diego's fourth reliever Mark Melancon pitched out of a jam in the ninth to notch his 18th save of the year.

Darvish, a former Nippon Ham Fighters ace, last year became the first Japanese pitcher to lead one of the major leagues in wins with eight last season for the National League's Chicago Cubs, and now has 77 wins since moving to the majors in 2012.

Shohei Otani did not have a hit in his four trips to the plate as the Los Angeles Angels lost 6-2 against the Seattle Mariners, fanning three times against Justus Sheffield (6-4).

Ohtani, who was 0-for-7 against Sheffield before the game, was unable to get his first career hit off the lefty and has now gone six games without a home run, the longest drought this season. Angels manager Joe Maddon said Ohtani would be the starting pitcher Friday and expected him to hit in the batting order.