An association of Uyghurs in Japan has urged major Japanese companies to investigate whether their operations in China are connected to factories allegedly benefiting from forced labor of the Muslim minority in the Xinjiang region, and if so to suspend such transactions.

In a joint statement issued Thursday, the Japan Uyghur Association and rights advocacy group Human Rights Now criticized 14 firms for being slow in taking action over possible human rights abuses in their supply chains compared to their global rivals.

The call comes amid growing international criticism of Beijing's Uyghur crackdown, with the United States, the European Union, Britain and Canada all imposing sanctions against China. Pressure has been mounting for Japan to take more action. 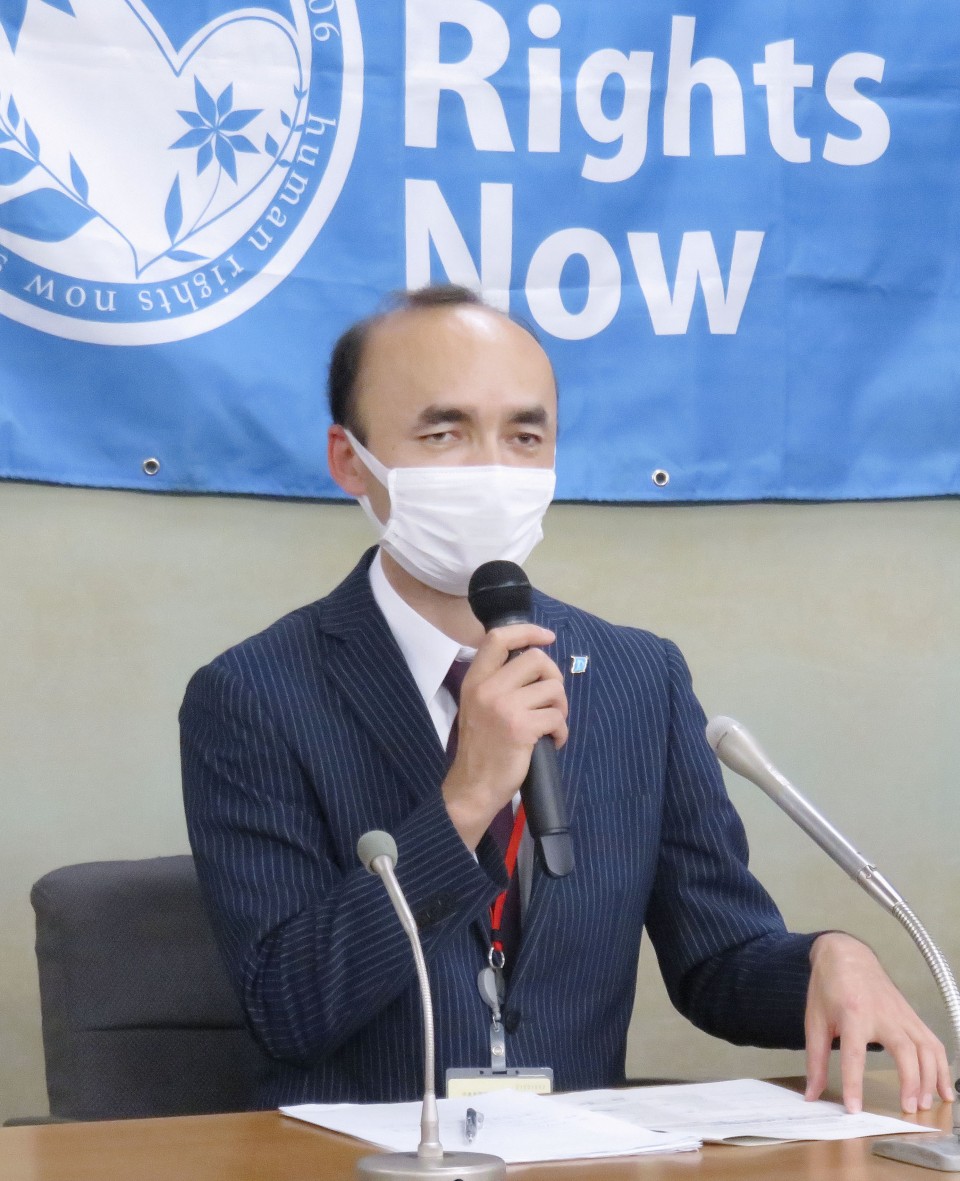 Afumetto Retepu, vice chairman of the Japan Uyghur Association, speaks at a press conference on April 8, 2021, in Tokyo. (Kyodo)

"It's important for members of the international community to work in unity to stop such atrocities involving forced displacement and labor of ethnic minorities," said Afumetto Retepu, vice chairman of the association, at a press conference in Tokyo.

The 14, ranging from clothing retailers to electronic device manufacturers, were named last year in a report by the Australian Strategic Policy Institute think tank identifying over 80 global brands "directly or indirectly benefiting from the use of Uyghur workers outside Xinjiang through abusive labor transfer programs."

Tadashi Yanai, chairman and CEO of Fast Retailing Co. which was identified among the 14, said Thursday his company is keeping tabs on its cotton supply chain to ensure none of its products are made with forced labor in Xinjiang.

The association said it has sent written inquiries to all of the Japanese companies about how they plan to address the issue. The firms also include Sony Group Corp. and Toshiba Corp.

All 14 companies except for Panasonic Corp., which gave no response, either denied transactions with the Chinese businesses in question or said they could not confirm if their business partners were involved in forced labor, according to the association and the Tokyo-based human rights group.

They added that most of the companies said they will suspend their operations if human rights violations are discovered in their supply chains.

Washington accused Beijing of committing "genocide" and other crimes against humanity on Uyghurs in an annual human rights report the State Department released in late March.

Amid allegations of forced labor, the United States and Britain have imposed import restrictions on cotton and other products originating from the autonomous region.

Pressure has been mounting on the Japanese government, which has been passive in addressing the issue due apparently to fear of provoking China, to take action against such abuses.

Japanese lawmakers launched this week a cross-party group to discuss introducing legislation to enable sanctions to be imposed over human rights abuses, including against the Uyghurs. Currently Japan has no laws that enable it to impose such sanctions.