The U.S. State Department said Tuesday a potential boycott of the 2022 Beijing Winter Olympics is among issues Washington hopes to discuss with its allies and partners, amid growing criticism of China's human rights record.

China on Wednesday accused the United States of politicizing sports, claiming that the international community will not accept a U.S.-led boycott of the Beijing Games with its allies.

The U.S. remarks about the Beijing Olympics will likely further exacerbate relations between the world's two major powers, as they have been divided over several matters including trade, cutting-edge technology, Hong Kong, Taiwan and the South China Sea. 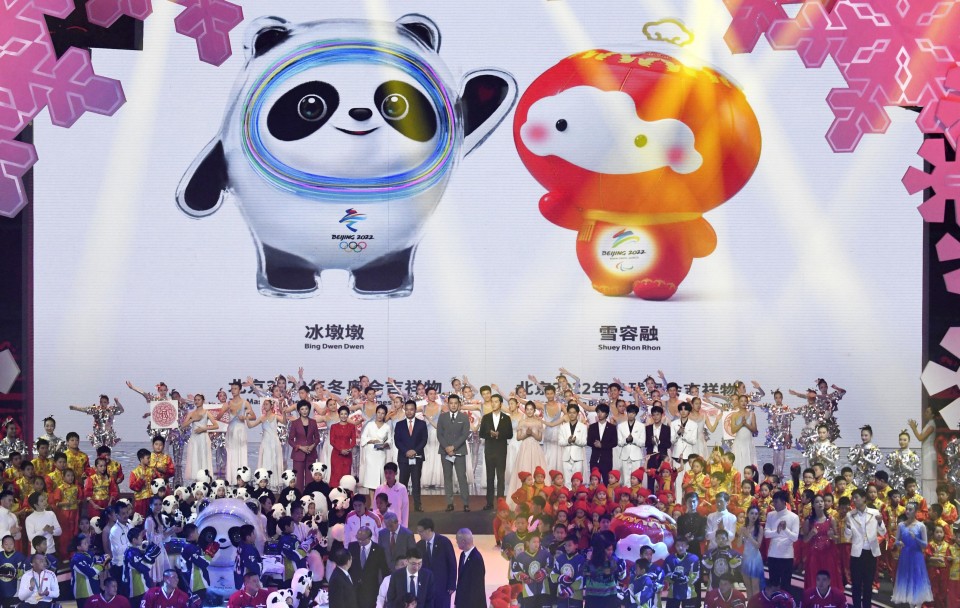 He responded to a question asking if the United States is in consultation with allies on whether to consider a joint boycott.

Price also reiterated U.S. concerns over China's human rights abuses against the Muslim Uyghur minority in the country's far western Xinjiang region, calling it an act that amounts to "genocide."

Later, a senior department official sought to tamp down speculation Washington is already considering such a coordinated boycott.

How the administration of U.S. President Joe Biden plans to deal with the Beijing Olympics has continued to draw attention amid its emphasis on human rights promotion. Some Republicans have sought boycotts and others have called for the event to be relocated to a different country.

Price said during the same press conference that the Feb. 4-20 games remain "some time away" and that he would not put a time frame on the discussions.

Meanwhile, Price said the United States will continue to work with Japan and South Korea toward North Korea's denuclearization after Pyongyang decided to skip this summer's Tokyo Olympics, an event that may have spurred some diplomacy among the countries.

"We are aware of reports that North Korea has decided not to participate in the Summer Olympics, which would appear consistent, in fact, with the DPRK's stringent response to COVID-19," he said, referring to North Korea by its formal name of the Democratic People's Republic of Korea.

"We will continue to coordinate closely with the Republic of Korea and with Japan on DPRK issues in pursuit of our shared goals of peace and security on the Korean Peninsula and across the Indo-Pacific," the spokesman added.

North Korea made an abrupt announcement on Tuesday that it will not send a team to the Tokyo Olympics to protect its athletes during the coronavirus pandemic, becoming the first nation to formally pull out of the delayed games.

The global sporting event was seen by South Korea as a possible chance to promote inter-Korean relations, which have cooled amid a stalemate in nuclear negotiations between Washington and Pyongyang.

Japan, for its part, has been looking to the Olympics as an opportunity to engage with North Korea in an effort to secure the return of citizens abducted by Pyongyang in the 1970s and 1980s.