The Chinese government expressed understanding Thursday of a widespread boycott in the country of H&M products after the Swedish fashion brand voiced concern over human rights conditions in China's far western Xinjiang region.

H&M has issued a statement pledging to stop sourcing cotton from Xinjiang, where the Chinese Communist-led government has been accused by democratic nations of detaining Muslim Uighurs who oppose growing state surveillance under the "re-education" campaign. 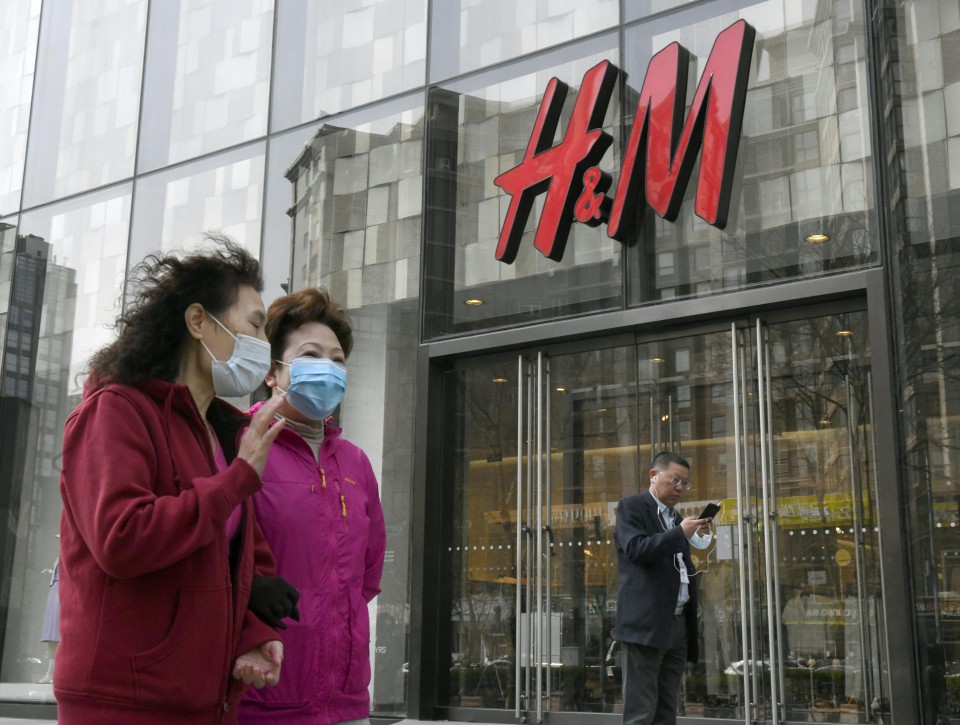 Meanwhile, local media in China have rapped foreign companies, including Adidas AG, Nike Inc. and Uniqlo operator Fast Retailing Co., for exaggerating the Xinjiang matter, prodding the country's singers and actors to cancel their advertising contracts with such firms.

Beijing has also slammed coordinated sanctions recently imposed by the European Union, Britain, Canada and the United States against China over human rights abuses in the region.

The Global Times, a tabloid affiliated with the ruling Communist Party, quoted the People's Daily as saying, "H&M would rather believe the lies spread by a few people than hear the voices of billions of Chinese people, and would not go to Xinjiang to take a look."

"Although the Chinese market is large, any malicious slander is not welcome here," the Global Times also quoted on Wednesday its parent daily as saying.

Xinjiang is famous as one of the world's three major fine cotton-producing areas.