The southwestern Japanese prefecture of Kumamoto on Wednesday commemorated the fifth anniversary of a pair of massive earthquakes that killed 276 people, with hundreds still living in makeshift homes despite progress in the rebuilding of infrastructure.

"The memory of sadness on that day will never disappear. My family has got by with the kindness and support of many people," said Kenzo Tomioka, who lost his 83-year-old father in one of the quakes, at a memorial ceremony held at the Kumamoto prefectural government office. 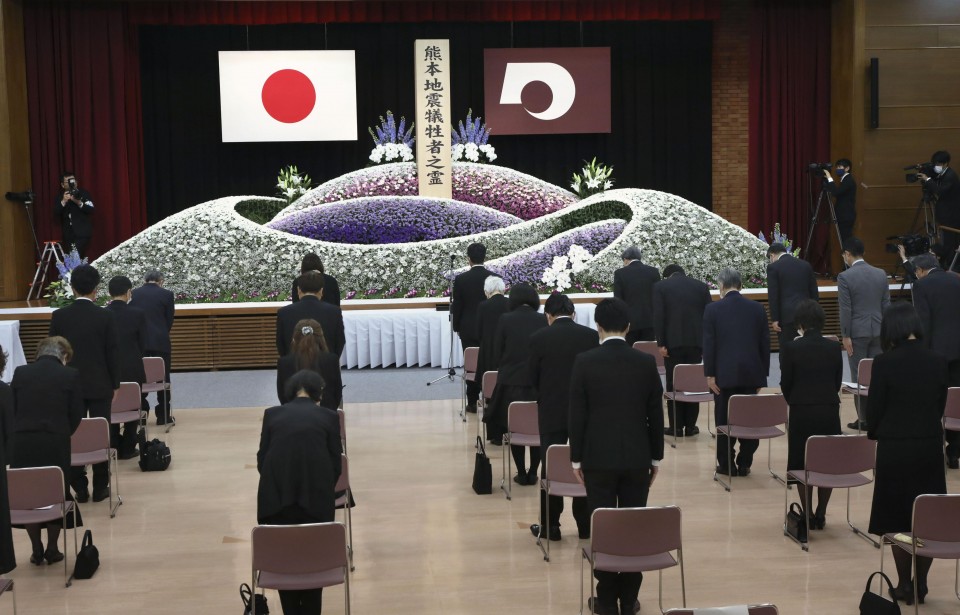 People pray at a memorial ceremony at the Kumamoto prefectural government office in Kumamoto on April 14, 2021, marking the fifth anniversary of the first of a pair of deadly earthquakes that hit the southwestern Japan region. Seats for participants are arranged to maintain social distancing amid the coronavirus pandemic. (Kyodo) ==Kyodo

Tomioka, 58, from the Kumamoto town of Kashima was among the 34 attendants at the ceremony, which was scaled down for the second year in a row due to the novel coronavirus pandemic.

"We will continue our support until the last person completes rehabilitation. It is also our important responsibility to pass on the experiences (of the quakes) and contribute to disaster reduction and prevention in Japan and abroad," Kumamoto Gov. Ikuo Kabashima said in his speech.

"The government will continue to make utmost efforts for the reconstruction (of disaster-hit regions) by staying close to people affected by the quakes," Prime Minister Yoshihide Suga said in a message posted on his office's website. 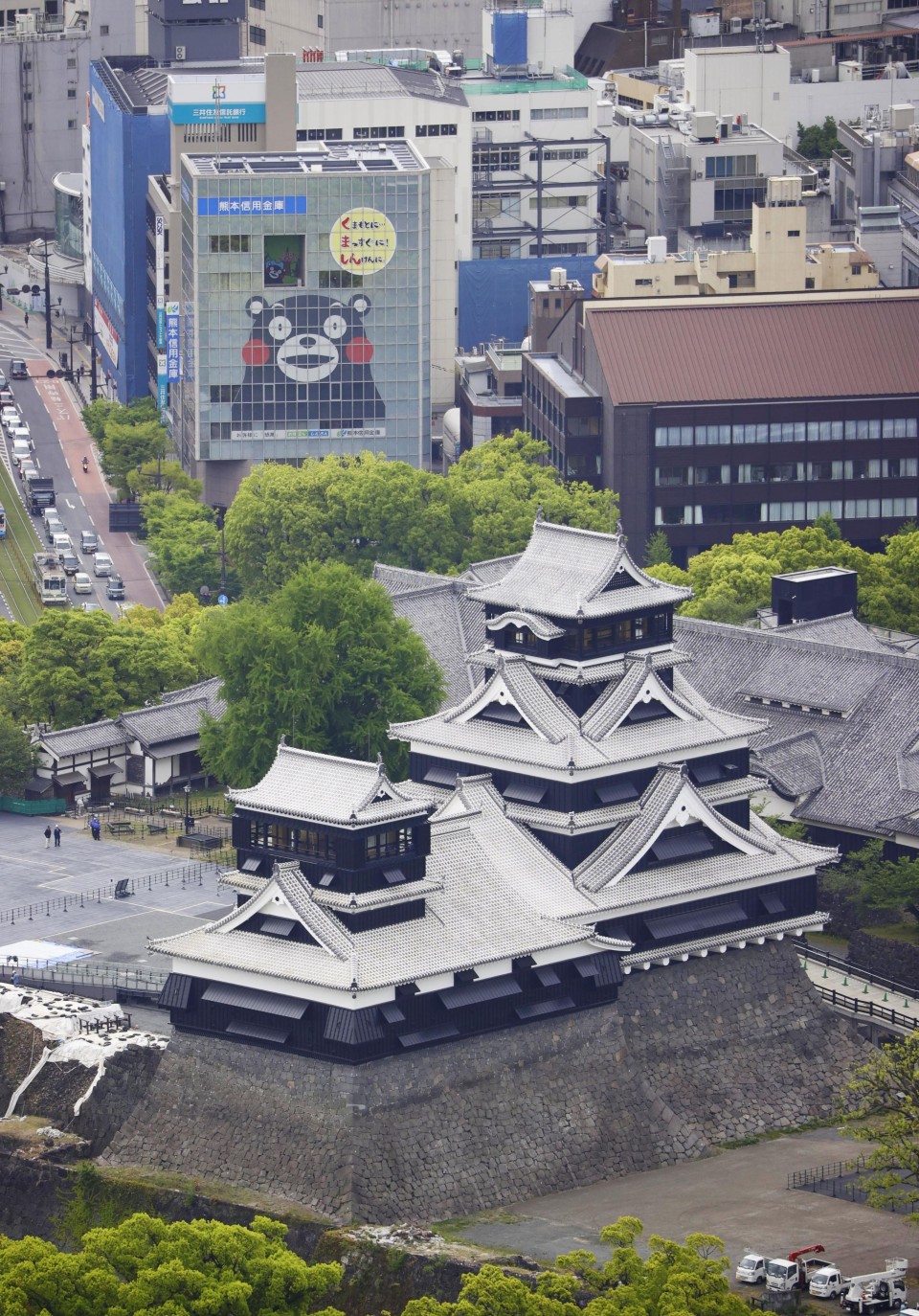 Photo taken from a Kyodo News helicopter shows Kumamoto Castle in Kumamoto, southwestern Japan, on April 14, 2021, the fifth anniversary of the first of a pair of massive deadly earthquakes. The castle towers, which sustained damage in the disaster, have seen restoration work completed. (Kyodo) ==Kyodo

Some 43,000 houses were totally or partially damaged by the quakes in Kumamoto and neighboring Oita prefecture, resulting in more than 47,000 taking refuge in makeshift housings at one point.

As of late March this year, 418 still lived in such temporary homes in Kumamoto.

Damaged infrastructure has been rebuilt, including railways and the new 525-meter Aso bridge in the village of Minamiaso in Kumamoto, which opened for passage in March to replace a collapsed bridge.

The keep of Kumamoto Castle, a popular tourist spot damaged by the quakes, has also been repaired and is set to open for the public from April 26.