Entities in Japan have been stepping up efforts to archive data of the 2011 devastating quake-tsunami disaster in the northeast, such as documents, pictures and video footage to pass on lessons of the catastrophe as people's memory fades.

Their collections serve as useful sources of information for researchers, educators and members of the general public who wish to learn from the past.

The Great East Japan Earthquake Archive, an online portal site run by the National Diet Library, had some 4.45 million disaster-related digital items as of last December, nearly doubling from 2.39 million when the project began in 2013.

The initiative was promoted in accordance with the central government's basic reconstruction policy set in July 2011 to make memories of the disaster easily accessible by the general public.

The digital archive, now connected to over 50 databases of entities including local governments struck by the disaster, media and universities in addition to the library's own collections, features survivors' testimonies and firsthand public records such as a diary kept at an evacuation shelter in Natori, Miyagi Prefecture. 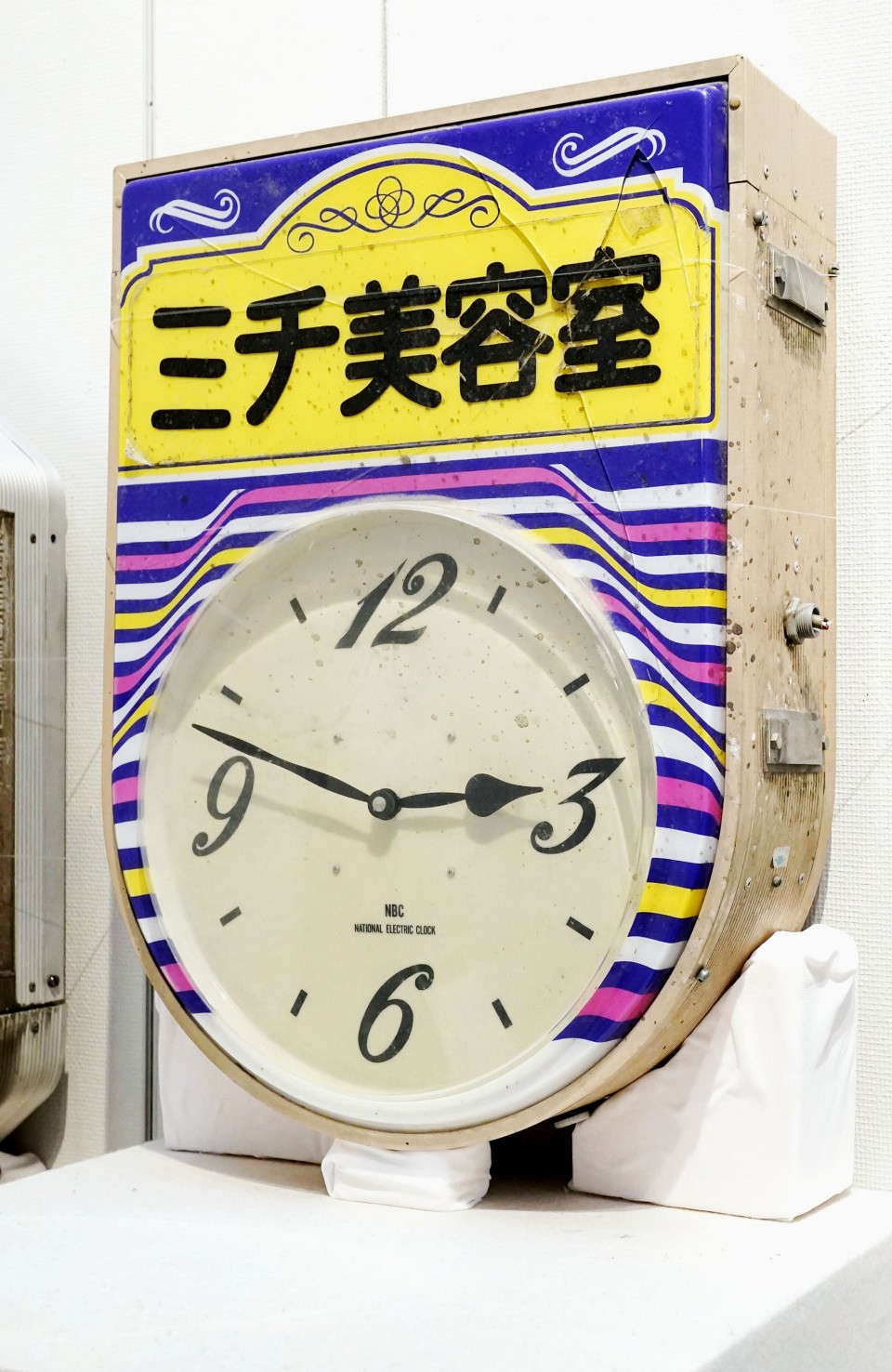 Photo taken on Jan. 31, 2021, at Fukushima Museum in Aizuwakamatsu, shows a clock at a hair salon in Tomioka, Fukushima Prefecture, that stopped shortly after the 2011 quake struck northeastern Japan. (Kyodo)

Of the 4.45 million items, 1.54 million are documents and about 1 million are photo images showing the devastation caused by the quake and tsunami as well as landscapes before the disaster.

Materials on other known disasters, such as the 1995 Great Hanshin Earthquake that jolted the western Japan city of Kobe and its vicinity, and the 2016 powerful quakes that struck the southwestern Japan prefecture of Kumamoto, have also been added to the archive to promote the study on disaster responses and reconstruction policies.

Internet links will be provided if the contents sought by the users are available online. As for materials such as paper books, the archive will indicate their locations.

Information is also available in English, Chinese and Korean.

As nearly 10 years have passed since the disaster, there are entities which can no longer preserve materials related to the calamity and the Diet library is planning to take them over, its officials said.

Fukushima Museum in Aizuwakamatsu, which is run by the prefectural government, has collected since 2014 items that illustrate the impact of the quake and the subsequent nuclear accident at the Fukushima Daiichi power plant.

Its collection of several thousand items varies from a clock that stopped at the time of the quake to a bag of rice with a sticker indicating its content has passed a radioactivity inspection. Many of them are yet to be sorted.

Tadasuke Tsukuba, a curator at the museum, said collectors have been battling against time as many disaster-related goods have been cleared up in reconstruction work despite discussions on whether to preserve them.

"We hope to pass on items that show how Fukushima was damaged by the (triple) disaster so that people can look back and think about it," Tsukuba said. The museum is displaying 170 items from its collection in a special exhibition through March 21.

Meanwhile, a project to designate sites that tell the horrors of the 2011 disaster has been launched to network facilities in four northeastern prefectures of Aomori, Iwate, Miyagi and Fukushima.

The "3.11 Densho Road" project has so far listed 271 disaster-related monuments, ruins, remains and facilities to help visitors learn about the quake, tsunami and nuclear accident that affected the vast areas along the 500-kilometer Pacific coastline. 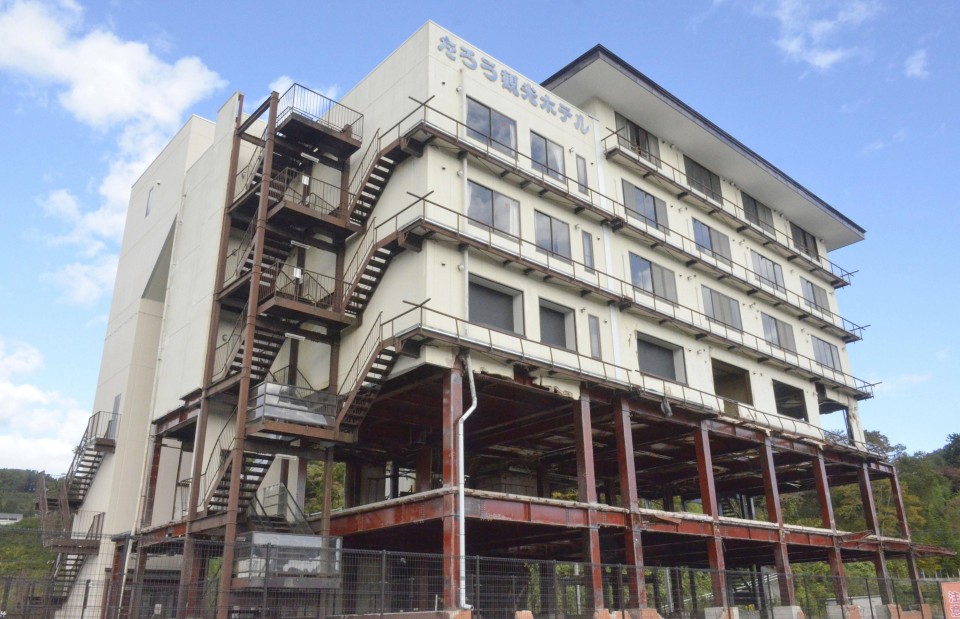 Photo taken on Oct. 27, 2020, shows the remains of Taro Kanko Hotel, which was half destroyed by the 2011 tsunami in Miyako, Iwate Prefecture, northeastern Japan. (Kyodo)

The designated locations are listed on maps and signboards are put up at the sites to inform visitors about those places where disaster experiences can be shared through words of survivors and other means.

Among such facilities, Taro Kanko Hotel in Miyako in Iwate reminds visitors of the power of the tidal wave that destroyed its lower part leaving nothing but iron frames.

Nakahama Elementary School in Yamamoto, Miyagi, illustrates shocking remnants of the tsunami damage inside the building that sheltered about 90 students, teachers and local residents on its rooftop until they were rescued.

"I hope visiting these sites will help people prepare for future disasters and protect lives," said Yoshinobu Harada, executive director of a foundation promoting the initiative. "Our message goes beyond Japan because disasters can take many forms and could hit anywhere on Earth."