Shohei Ohtani struck out seven but also walked six over four scoreless innings Tuesday in his first start since being sidelined from pitching duties by a blister.

Taking the mound for the second time this season, the two-way star stayed out of the batting lineup as he helped steer the Los Angeles Angels to a 6-2 win over the Texas Rangers in the American League. 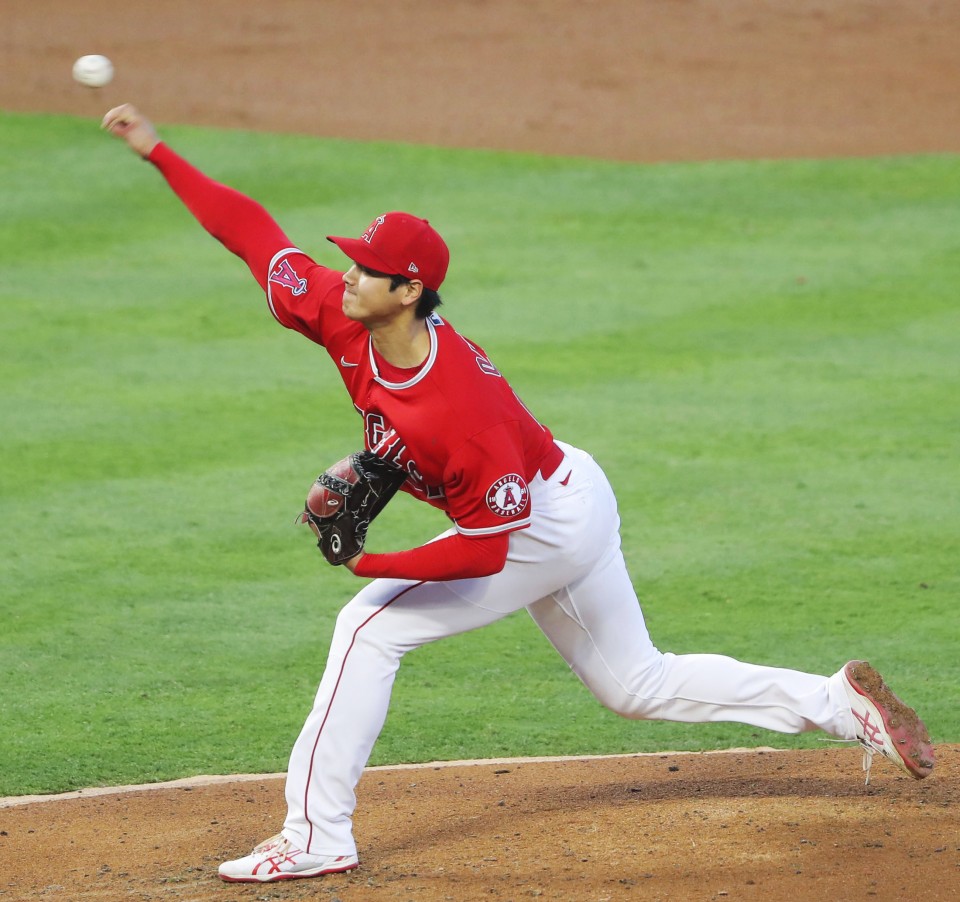 Shohei Ohtani of the Los Angeles Angels pitches against the Texas Rangers at Angel Stadium in Anaheim, California, on April 20, 2021. (Kyodo) ==Kyodo

Ohtani faced 19 batters and gave up just one hit -- a second-inning single by Brock Holt -- as he danced around danger in each of his four innings at Anaheim's Angel Stadium.

The right-handed pitcher had been sidelined the past two weeks with a blister on his right middle finger, and was on a limited pitch count on Tuesday. He threw 80 pitches, only 37 of them for strikes.

"The good thing is that I finished pitching without any trouble and it looks like I should be able to pitch again," Ohtani said.

"Overall it was a stressful outing because I was out of rhythm, but I hope to fix that by next time," he said. 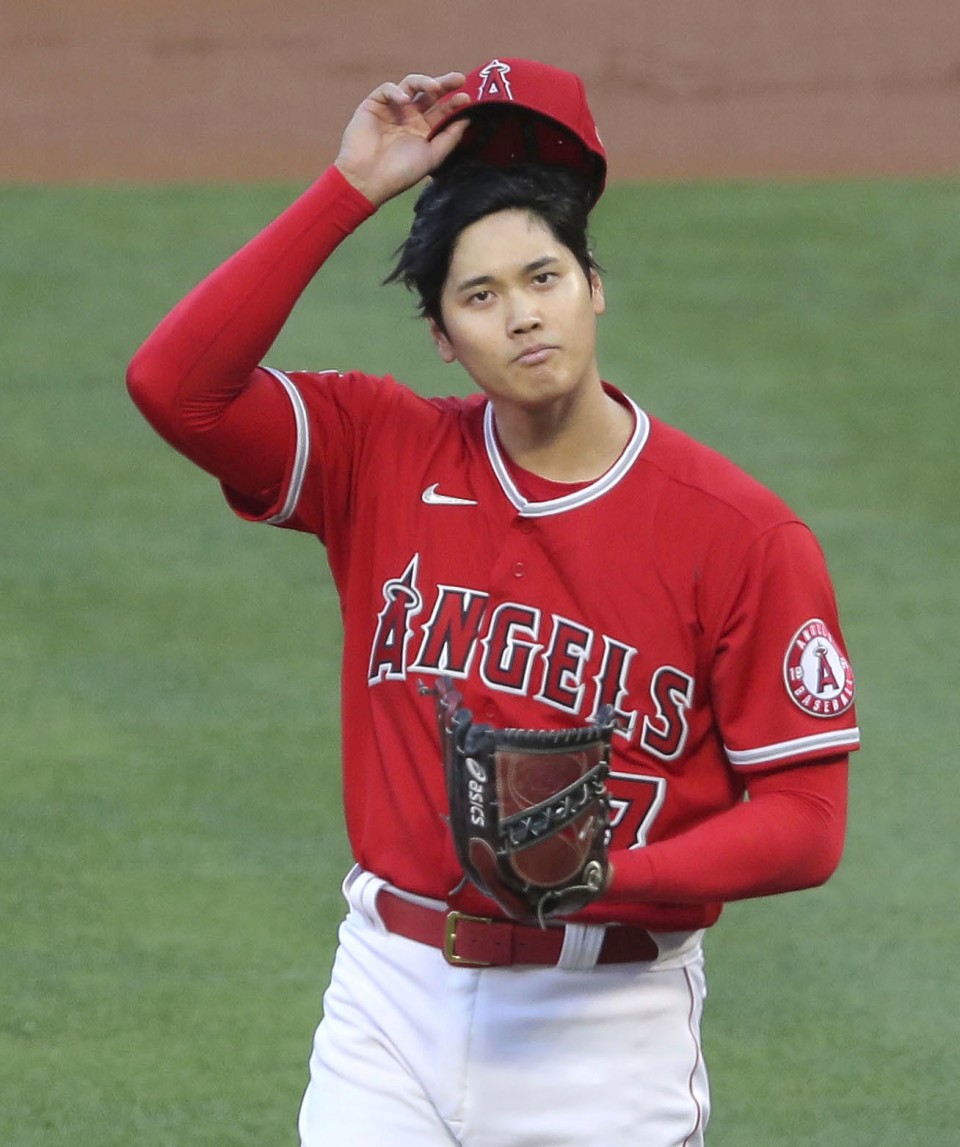 Los Angeles Angels pitcher Shohei Ohtani reacts after walking a batter during the first inning of a game against the Texas Rangers at Angel Stadium in Anaheim, California, on April 20, 2021. (Kyodo) ==Kyodo

The Angels' two-way star has continually faced issues that prevented him from being at his peak offensively and on the mound at the same time.

Although Ohtani was a little rusty, the Angels offense came through with three homers, including one each from Albert Pujols and Kurt Suzuki in a three-run seventh.

Right-hander Griffin Canning got the win after replacing Ohtani to start the fifth.

In other AL action, Yoshitomo Tsutsugo went 1-for-4 with three RBIs and a walk to lead the Tampa Bay Rays' 17-hit attack in a 14-7 rout of the Kansas City Royals. Kansas City starter Brad Keller (1-2) lasted less than two innings.

Tsutsugo drew a bases-loaded walk in the second inning for the team's fifth run and singled home two more runs in the sixth at Kauffman Stadium in Kansas City.