Arihara and Ohtani played together for the Nippon Ham Fighters of Japan's Pacific League from 2015 through 2017. Ohtani started his first season with the Angels in 2018, and Arihara joined the Rangers in December after a six-year career with the Fighters. 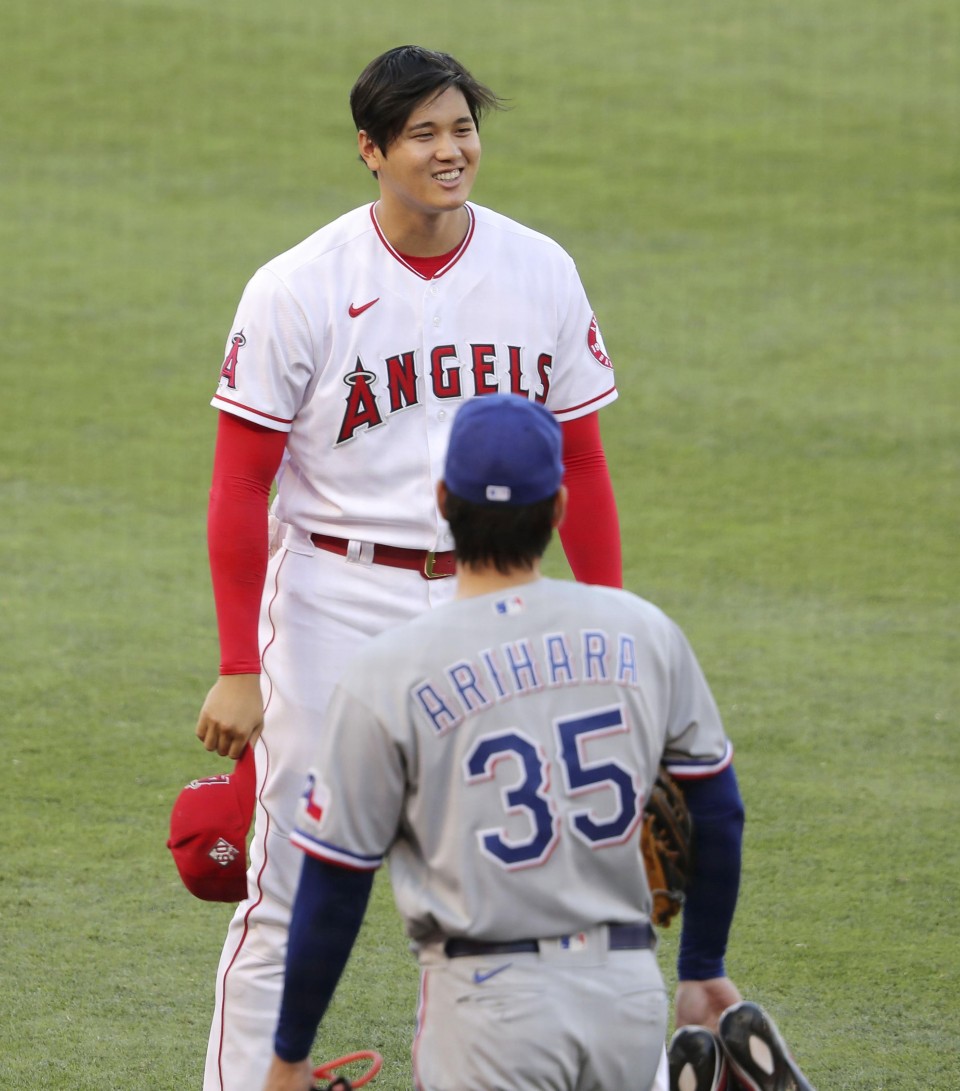 At Angel Stadium, Arihara (2-1) pitched 5-2/3 scoreless innings, striking out six while limiting the Angels to two hits and two walks. Ohtani grounded into a double play and flied out against Arihara in the Japanese players' first MLB matchup.

"He's got a very fast swing and a superstar's poise, so I'm glad I was able to get him out," Arihara said.

"I tried not to look at him and instead focused on the catcher's glove."

Most of the game was a pitchers' duel between Arihara and Los Angeles starter Dylan Bundy. But Bundy (0-2) was knocked out after he was charged with four runs without recording an out in a five-run sixth.

An inning later, Justin Upton homered to key a four-run rally that erased some of the deficit for the home team, but the Angels bats came to life a little too late.

Despite the results, Ohtani said he did not struggle with his ability to decipher pitches, and hinted at getting revenge on Arihara.

"I was seeing the ball well in my first two at-bats," Ohtani said.

"He's an opponent I'm sure I'll face again, so it's good to know that I have the eyes to see his pitches," he added.

The Angels said Ohtani, who went 0-for-4 as the designated hitter, is scheduled to make his second pitching start of the season against the Rangers on Tuesday. It will be his first time pitching in a game since April 4, when he developed a blister on his right middle finger.

Angels manager Joe Maddon said Ohtani will be limited to roughly 75 pitches and will not bat in Tuesday's game. 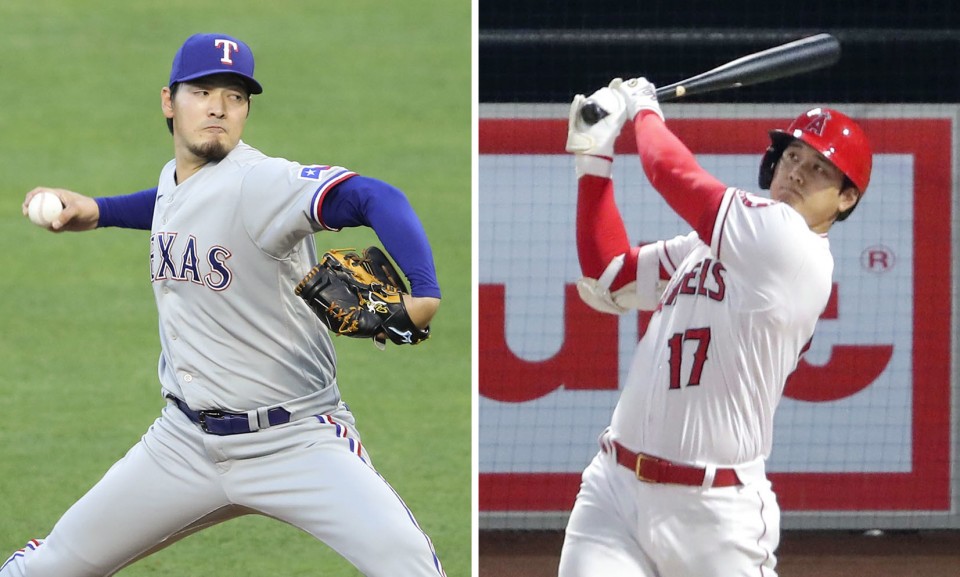 This combined photo shows Texas Rangers pitcher Kohei Arihara (L) and Los Angeles Angels designated hitter Shohei Ohtani facing each other in a game at Angel Stadium in Anaheim, California, on April 19, 2021. The two were former teammates with the Nippon Ham Fighters in Japan. (Kyodo) ==Kyodo