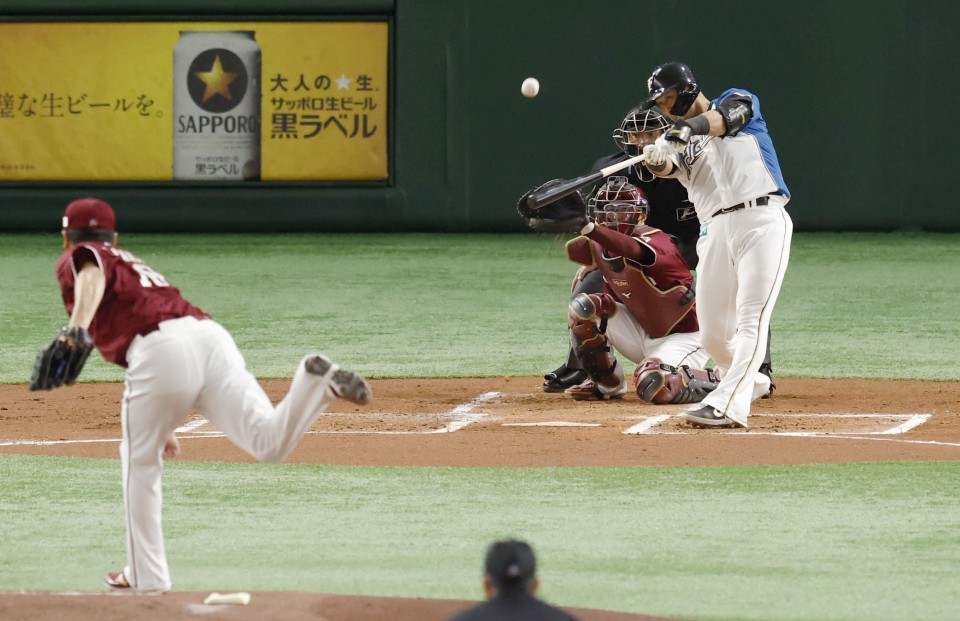 The Nippon Ham Fighters' Sho Nakata hits a two-run home run off the Rakuten Eagles' Masahiro Tanaka during the first inning of a game at Tokyo Dome on April 17, 2021, in the first start of the season for the former New York Yankees right-hander. (Kyodo) ==Kyodo

The last-place Fighters, who entered with just four wins and two home runs in their first 17 games, looked like they might be an easy first step for Tanaka, whose season debut was delayed by a right calf-muscle injury suffered just before Opening Day.

But that first step proved to be a doozy.

Tanaka issued a two-out walk before missing a fastball in the heart of the zone that Nakata, the Fighters cleanup hitter, lofted over the left-field wall for his first home run of the season.

"He's really one of Japan's elite players, an amazing pitcher, so I really wanted to battle him," Nakata said. "I can't precisely remember the pitch, I was so pumped up. It (the swing) was pure instinct."

Uwasawa allowed a run in the second on a Hideto Asamura double and a Fumiya Kurokawa RBI single. The right-hander worked seven innings, allowing three hits and two walks while striking out seven.

"Even with so many different people paying attention to this game, and with my opponent being such a star, my teammates scored first and I'm grateful to them for that," Uwasawa said.

Ishii's homer in the home half of the second restored the Fighters' two-run cushion. Tanaka cruised after that but left after throwing 75 pitches. He allowed one walk and four hits while striking out five.

Nakata hit his second homer off former San Diego Padres right-hander Kazuhisa Makita in the sixth to complete the scoring. Uwasawa pitched out of a seventh-inning jam before giving way to lefty Naoki Miyanishi and right-hander Toshihiro Sugiura, who recorded his fourth save. 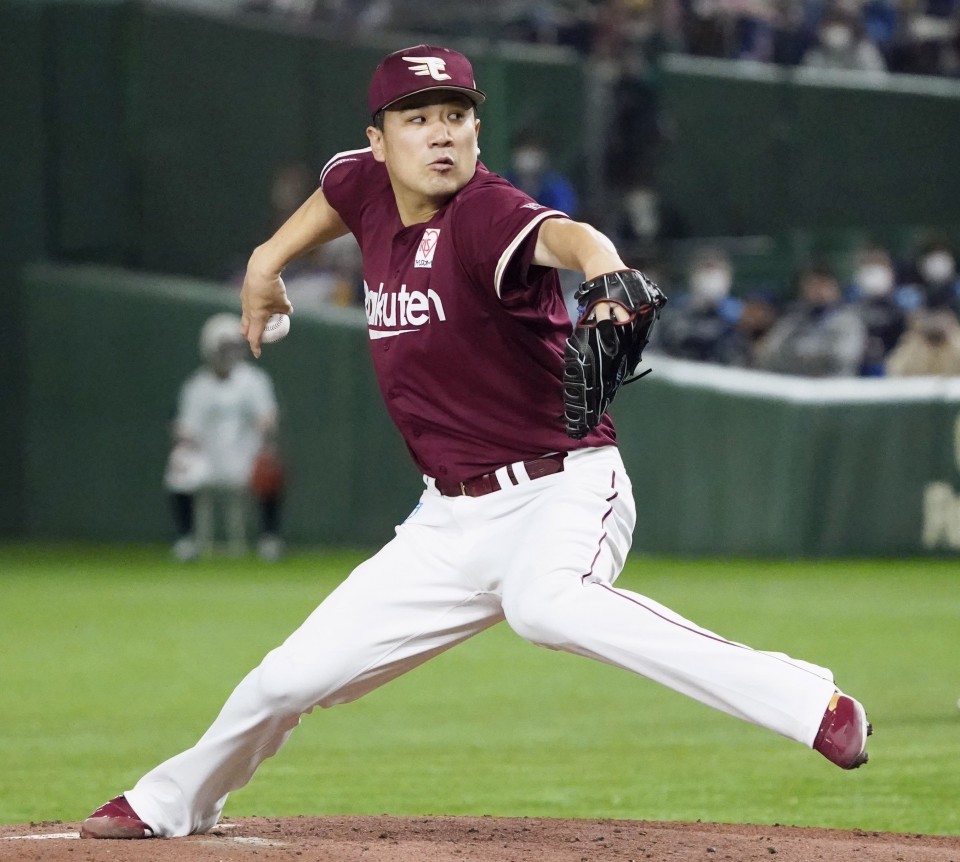 Masahiro Tanaka of the Rakuten Eagles pitches against the Nippon Ham Fighters at Tokyo Dome on April 17, 2021, in his first start of the season after a seven-year stint with the New York Yankees. (Kyodo) ==Kyodo

At MetLife Dome, Rei Takahashi (1-1) allowed an unearned run over six innings, and Yurisbel Gracial homered for the second straight day as the SoftBank Hawks beat the Seibu Lions 7-1.

Carter Stewart Jr. struck out two batters in the ninth in his first-team debut for the Hawks. Stewart was the eighth overall pick in Major League Baseball's 2018 draft but turned pro with SoftBank.

At Osaka's Kyocera Dome, Shogo Nakamura reached base four times and scored three runs in the Lotte Marines' 7-2 win over the Orix Buffaloes.

At Nagoya's Vantelin Dome, 43-year-old Kosuke Fukudome opened the scoring with a fourth-inning RBI double, and Yuya Yanagi (1-1) struck out 14 over eight innings in the Chunichi Dragons' 5-0 win over the Hiroshima Carp.