Swimmer Rikako Ikee, who went from undergoing leukemia treatment in February 2019 to winning four events at the recent national championships, said Wednesday she expects even more from herself at this summer's Tokyo Olympics.

"Both my swimming and my times came back more quickly than I expected," Ikee told reporters in an online interview. "Now I have to build on that with the kind of normal growth I expect from myself. I'm looking forward to the real thing." 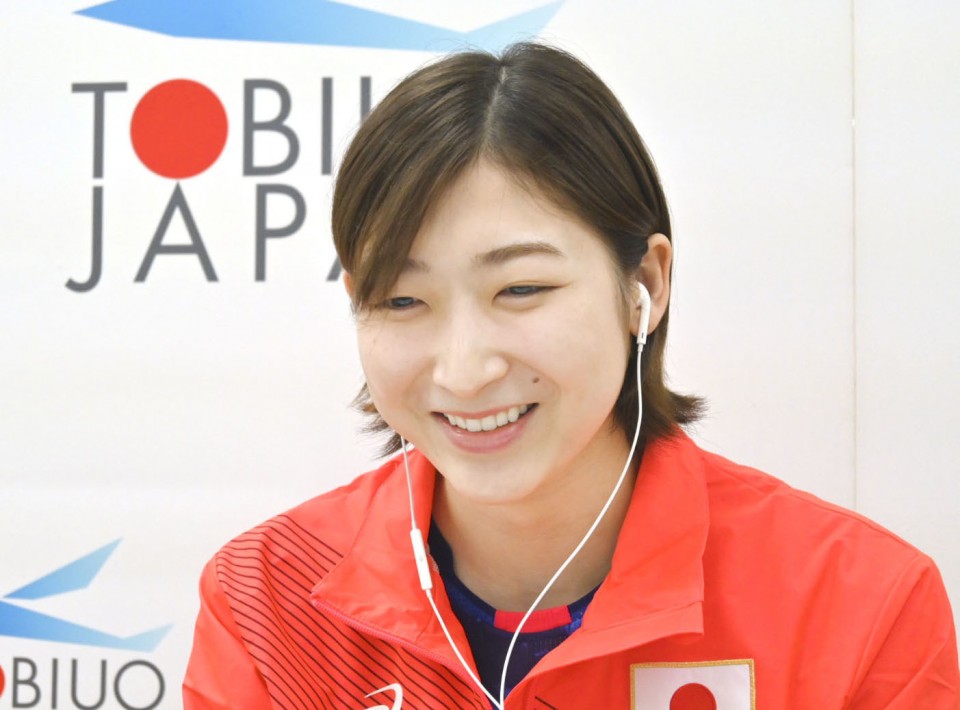 By the time the national swimming championships wrapped up on Saturday, Ikee had competed in a total of 11 races and secured spots on two Olympic relay teams, the 4x100-meter medley and the 4x100 freestyle. She had a physical after the nationals and reported nothing out of the ordinary.

"I was able to perform at the upper limit of my ability. Each and every day different muscles were sore. But my body never felt sluggish," she said.

With Wednesday marking 100 days to the opening ceremony of the Olympics, postponed for one year from 2020 due to the coronavirus pandemic, Ikee was mindful that things are not yet settled.

"Certainly, it's not a case of everyone just being positive, but personally I really feel many people gain courage through athletes' efforts," she said. "If they (the Olympics) do take place, I really hope people can cheer for us with all their might."

"It's hard to believe I would be able to wear national team gear this year. I'm so happy to be back for Japan," Ikee said.

Ikee won the women's 50 and 100 freestyle, and the 100 butterfly at the nationals, but failed to meet the Japan Swimming Federation's times for automatic selection for those races this summer.

Although Ikee might still be selected to swim in some or all of those races this summer, she emphasized her focus is on her relay events.

"My thinking is to improve my times and contribute to the team," she said.