Ikee won in 53.98 seconds and has now qualified for two Olympic events. Her 100 butterfly victory on Sunday at Tokyo Aquatics Centre earned her a place on Japan's 4x100 medley relay team. 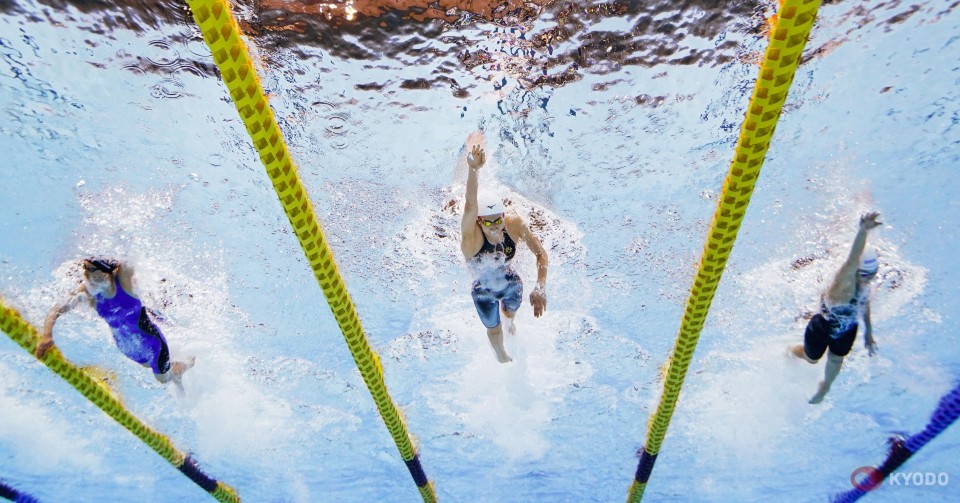 Rikako Ikee (C), recovering from leukemia, swims on her way to winning the women's 100-meter freestyle final at the national championships at Tokyo Aquatics Centre on April 8, 2021, the final qualifying event for the Tokyo Olympics. (Kyodo) ==Kyodo

She could not grab a women's 100 freestyle spot, which required her to finish first or second and beat 53.31, as required by the Japan Swimming Federation. Relay qualification required a 54.42 time, a top-four finish and a combined time of the top four swimmers better than 3:37.68.

"I'm happy to have come below 54 seconds, but I wanted a little faster time, honestly speaking," Ikee said. 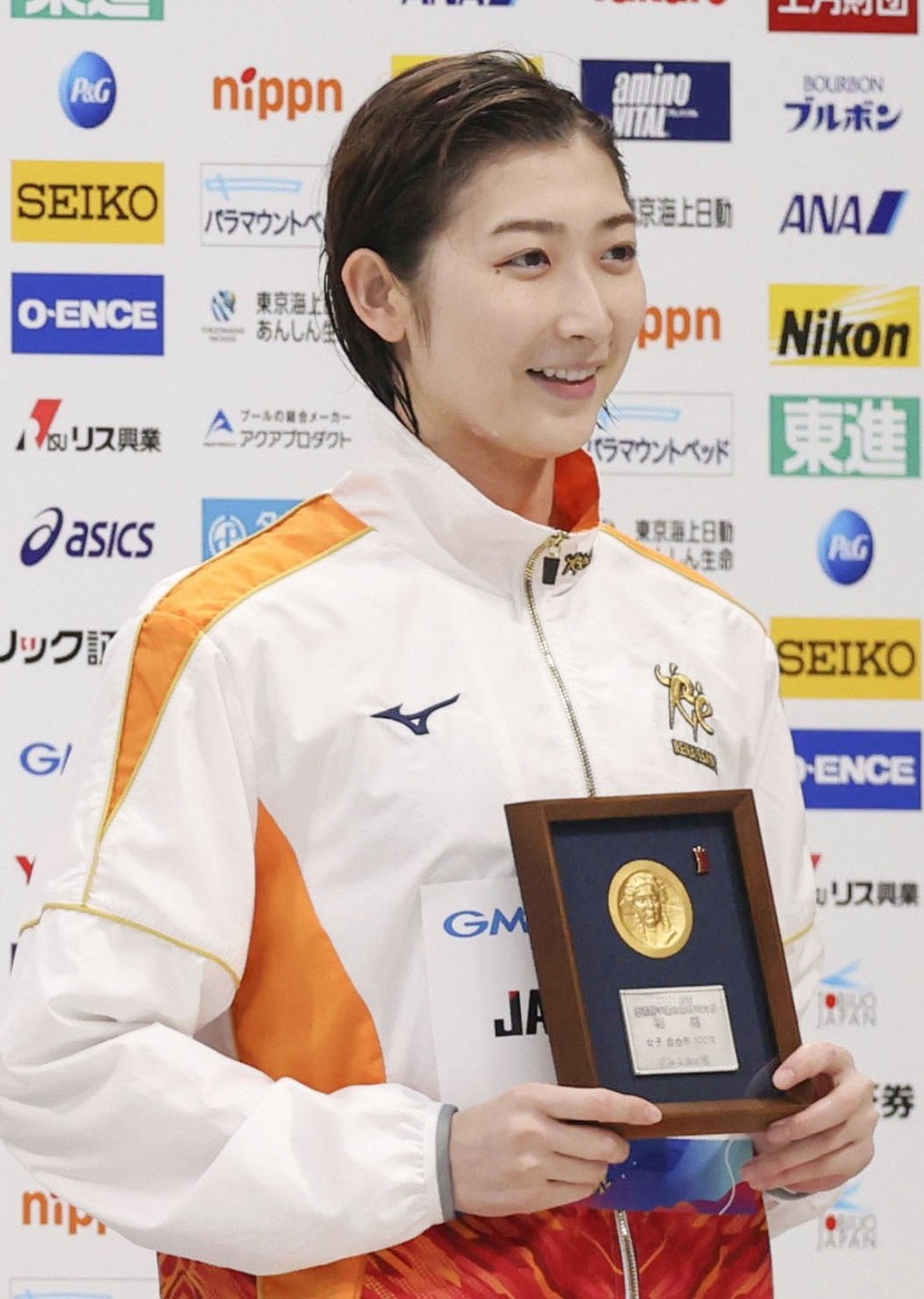 Rikako Ikee, recovering from leukemia, smiles after winning the women's 100-meter freestyle final at the national championships at Tokyo Aquatics Centre on April 8, 2021, the final qualifying event for the Tokyo Olympics. (Kyodo) ==Kyodo

"This event was all about getting in the top four and bettering the required standard. I had a good race and was determined to come below 54 seconds so I'm glad to have got that time."

"I haven't recovered my speed in the 200 butterfly and this 200 IM, but this tournament has been good practice," said Seto, who will also compete this summer in the 200 fly and 400 IM as he bounces back from suspension late last year after admitting to an extramarital affair.

"It's really fun racing against Kosuke, and it gives me lots of motivation...I need a bit more time to get myself up a level before summer so people who watch me can rest assured from the first day."

Hagino came 0.02 behind to secure his Olympics place, and making a decision to skip the more physically demanding 400 IM, the event he won at the 2016 Olympics, paid off.

"Frankly, I'm happy to have clinched my spot," Hagino said, following his race with his fellow 26-year-old. "We spoke yesterday and expected it would be a tight race, I lost at the end, but I had a good race heading into the summer. I got a bit nervous with my butterfly."

Veteran Ryosuke Irie won the 200 backstroke in 1:55.52, the 2012 London Olympics silver medalist adding to his Olympic berth in the 100 backstroke. Runner-up Keita Sunama also qualified for this summer in 1:56.22.

Kanako Watanabe won the women's 200 breaststroke in 2:23.04 for her second Olympic ticket from her victory in the 100.