There was always going to be some drama surrounding Rikako Ikee's return to Japan's national swimming championships this past week as she battled back from leukemia treatment.

But winning four events and earning an unexpected place on Japan's Olympic team just 26 months after her diagnosis has changed the storyline. Ikee began her comeback as a symbol of hope. She left the nationals as a conqueror -- at a time when the coronavirus had seemingly decimated hope. 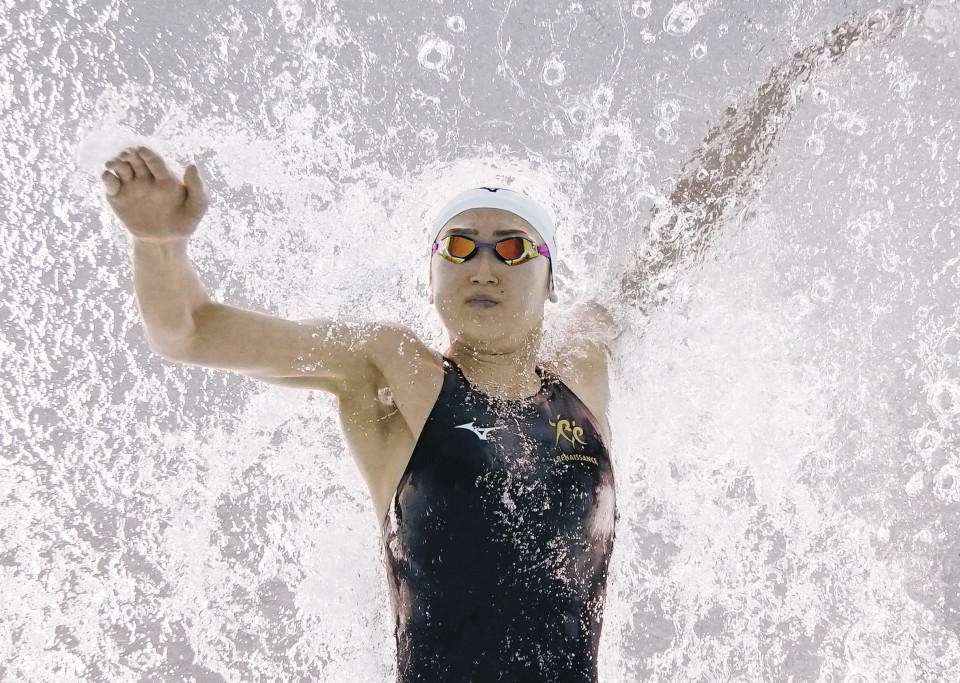 On July 23, 2020, with one year to go before the scheduled opening of this summer's Olympics, Ikee spoke at Tokyo's National Stadium about the meaning and power of hope. This week, she demonstrated it for all to see.

Until she won four national titles for the first time since 2018, everyone expected Ikee's stature as a surviving star would make her a visible part of the Tokyo Olympics. Few expected her role would be as an athlete competing for Japan in her hometown less than a year after the first meet of her comeback.

American broadcaster NBC, which holds the right to air the Olympics, had eyed Ikee as a prime candidate for a starring role in the opening ceremony as either a flagbearer, oath-taker or cauldron lighter. Those scenarios may be difficult to achieve now, given that Ikee has relay heats to swim the following day.

Symbols and drama aside, all that seemed to matter to her this past week was what she was capable of achieving in the Tokyo Aquatics Centre's pool.

One measure of Ikee's progress was how much her own expectations have changed. When she resumed competing at the end of last August, Ikee's target had been the 2024 Paris Olympics.

When she earned her second Olympic spot in Tokyo, in the 4x100 freestyle relay, she appeared disappointed that her winning time in the women's 100 was not good enough to lock up an individual berth on this summer's team for that race.

She went into Sunday's 100 butterfly not aiming to win. But after speeding to victory, it was clear Ikee's aim was shifting as she approached the women's 100 freestyle.

After swimming the fastest 100 freestyle heat on Wednesday in 54.30 seconds, the only swimmer to come under 55.00, Ikee audaciously used her semifinal as a stepping stone. 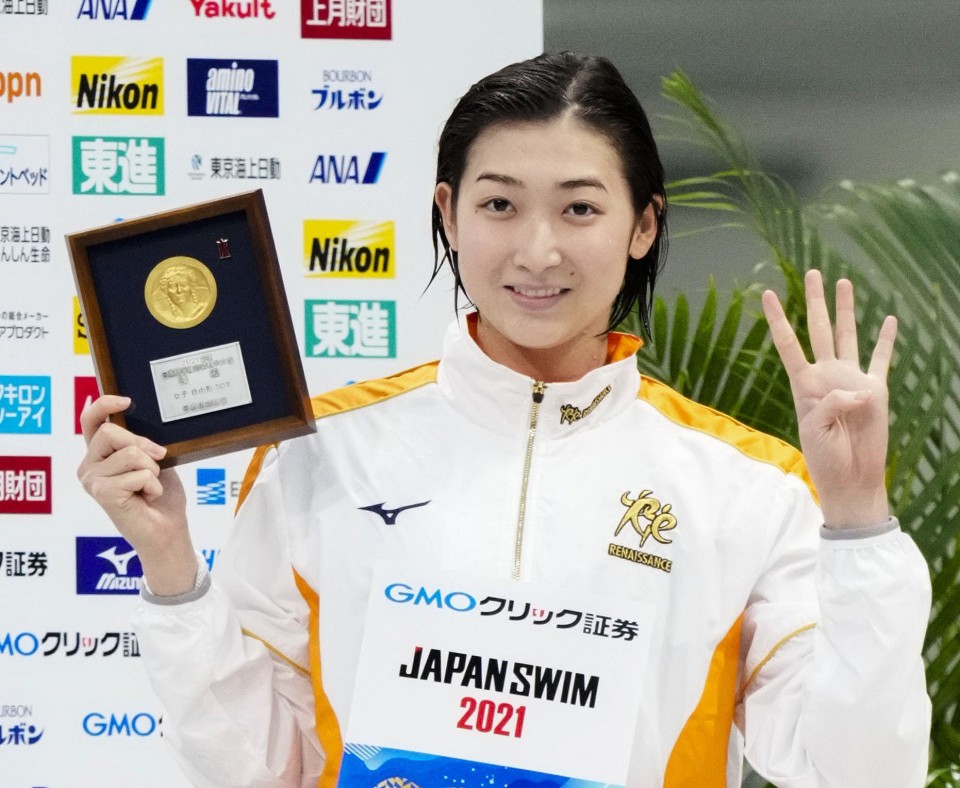 Rikako Ikee, who is coming back from leukemia treatment, poses for a photo at Tokyo Aquatics Centre on April 10, 2021, after winning all four events she entered at the national swimming championships. (Kyodo) ==Kyodo

"It was an approach she used to employ when she was in top form," Japan head coach Norimasa Hirai said following a semifinal in which Ikee started slowly, the seventh of eight swimmers to make the turn before blowing past the field over the final 50 meters.

With a time 0.38 better than the next fastest semifinalist, cautious optimism had been replaced by hope and excitement ahead of Thursday's final.

Her 53.98 finish in the 100 failed to meet Japan's 53.31 qualifying standard, leaving a tinge of disappointment in her wake. Still, her sub-54-second time was the only one by a Japanese woman since she began her leukemia treatment.

Ikee's time in the final was also more than a second better than her best time since she resumed competing last year, a 55.35 in January -- 11th best among swimmers heading into the nationals.

"I had decided that this is the last year I lose in domestic competitions," Ikee said.

Her presence was keenly felt by her rivals, who filled out the freestyle 4x100 relay team as they tried to stay close behind the runaway star, raising hopes for a galvanized performance from the host team this summer.

"Ikee has returned, first and foremost, and I'm really happy that four of us worked together to all pass the mark," said Chihiro Igarashi, who finished third. "It was a high-level race, and we'll look to keep it up with everyone coming under 54 (at the Olympics)."

Having won three Olympic events, the 100 butterfly and 100 freestyle as well as the 50 free, Ikee could potentially swim 15 races, counting heats, semis and finals, over nine days this summer, including the two relays and the new 4x100 medley relay.

Considering the despair that gripped her two years ago and the track record of her present comeback, expect Ikee to downplay expectations for her own individual success this summer while summoning all the strength she can to progress. But now, as a member of a team, her comeback battle is no longer a solo effort.

"Since my places are decided, I now have to accomplish my mission. I'll contribute to the team with everything I have," she said.