Swimming star Rikako Ikee secured her third and fourth titles at Japan's national championships on Saturday, capturing the 50-meter butterfly and 50 freestyle to wrap up the tournament by winning all four events she took part in.

Ikee, who is coming back from leukemia treatment, added the two 50 titles to her victories in the 100 butterfly and 100 freestyle at Tokyo Aquatics Centre. Those earlier wins qualified her to compete in this summer's Tokyo Olympics in the 4x100 medley relay and the 4x100 freestyle relay. 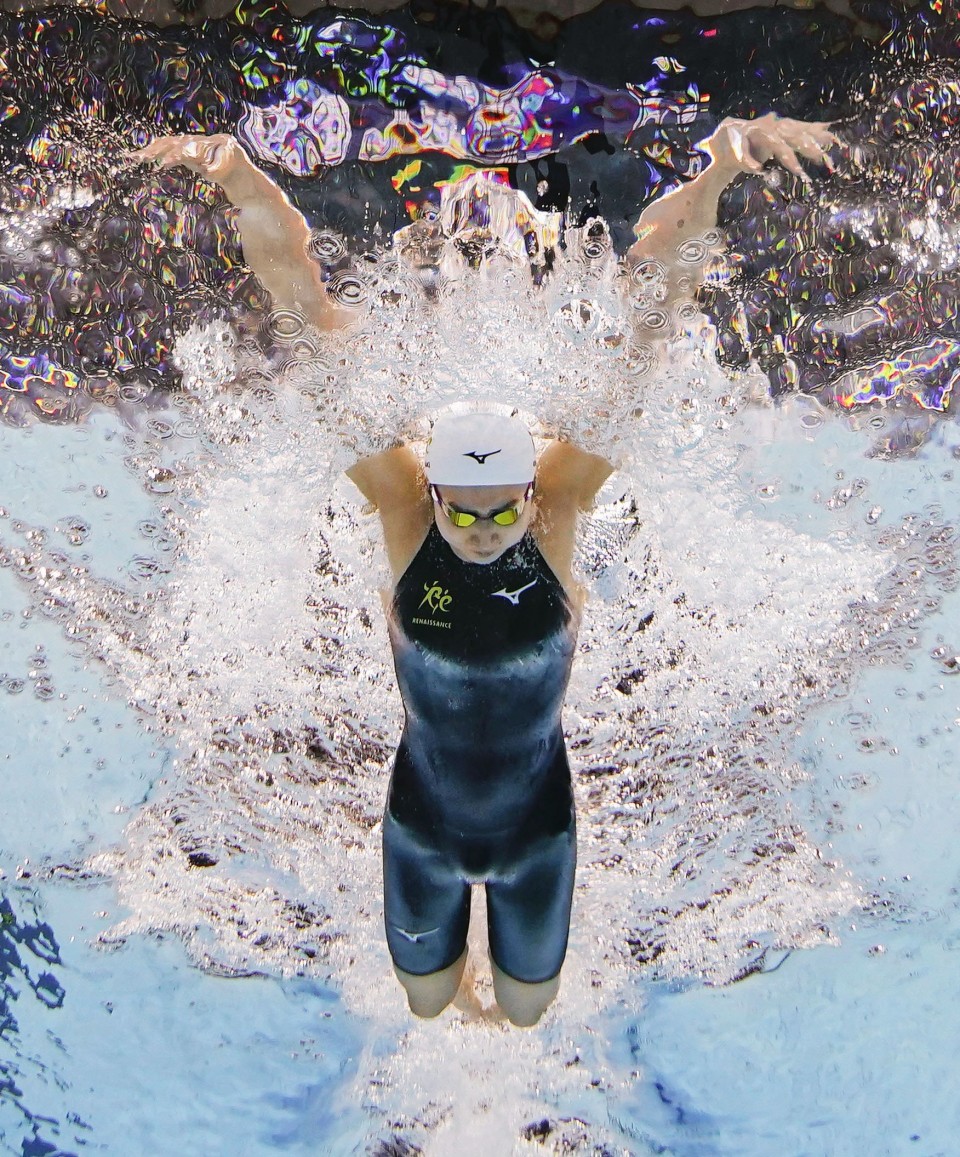 Rikako Ikee during the 50-meter butterfly heats at the national championships on April 10, 2021, at Tokyo Aquatics Centre.(Kyodo)

Ikee, who holds the national 50 freestyle record of 24.21, needed to beat the Japan Swimming Federation's required standard of 24.46 to book a spot in the event at the Tokyo Olympics. 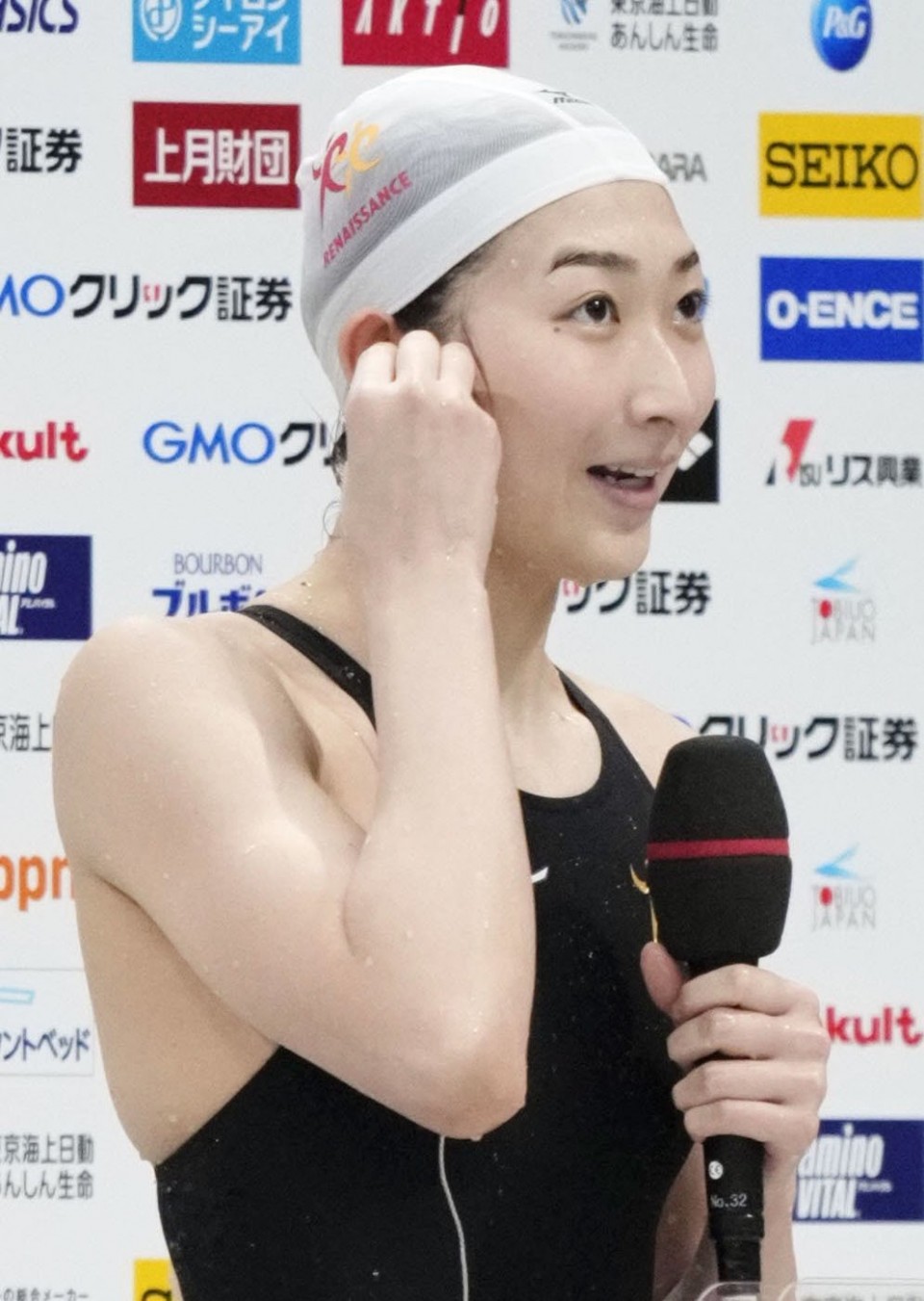 Rikako Ikee gives an interview after winning the women's 50-meter butterfly final at the national championships at Tokyo Aquatics Centre on April 10, 2021. (Kyodo)

"I thought I could improve the time a bit more but I'm really happy to have won four titles," Ikee said after winning the 50 freestyle.

"Right up until the race I had a bit of anxiety over whether I could win, but as soon as I entered (after names were called) I was telling myself I'm definitely winning this, and I believe that led to the win."

The 20-year-old Ikee was diagnosed with the disease in February 2019 and returned to competition in August 2020.

Her pre-tournament aim had been winning an Olympic medal in 2024 in Paris.

"I expect the fatigue to hit me hard after this but the sense of joy is overwhelming at this moment," Ikee said. "I'll try to keep my emotions in check, but I want to congratulate myself on a job well done for winning four titles."

After missing the last two nationals, Ikee marked her return by winning the same number of titles as she did in her last appearance in 2018.

With a place in the Japan team guaranteed and no automatic qualifiers in the 50 or 100 freestyle or the 100 butterfly, Ikee could still be selected to compete in one or more of those this summer. Each National Olympic committees can name up two qualified swimmers from its team to compete in any individual race.

Katsumi Nakamura won the men's 50 freestyle in 21.97 but did not meet the JSF's Olympic qualifying time.

Takeshi Kawamoto won the men's 50 butterfly in a national-record time of 23.17.