The torch relay for this summer's Tokyo Olympics will not take place on roads across Osaka Prefecture next week due to a surge in coronavirus infections, Gov. Hirofumi Yoshimura said Wednesday.

As Osaka has been struggling with record numbers of new COVID-19 cases in recent days, Yoshimura said at a press conference the relay cannot be staged on April 13 and 14, given that he has requested residents of the entire prefecture to refrain from nonessential outings. 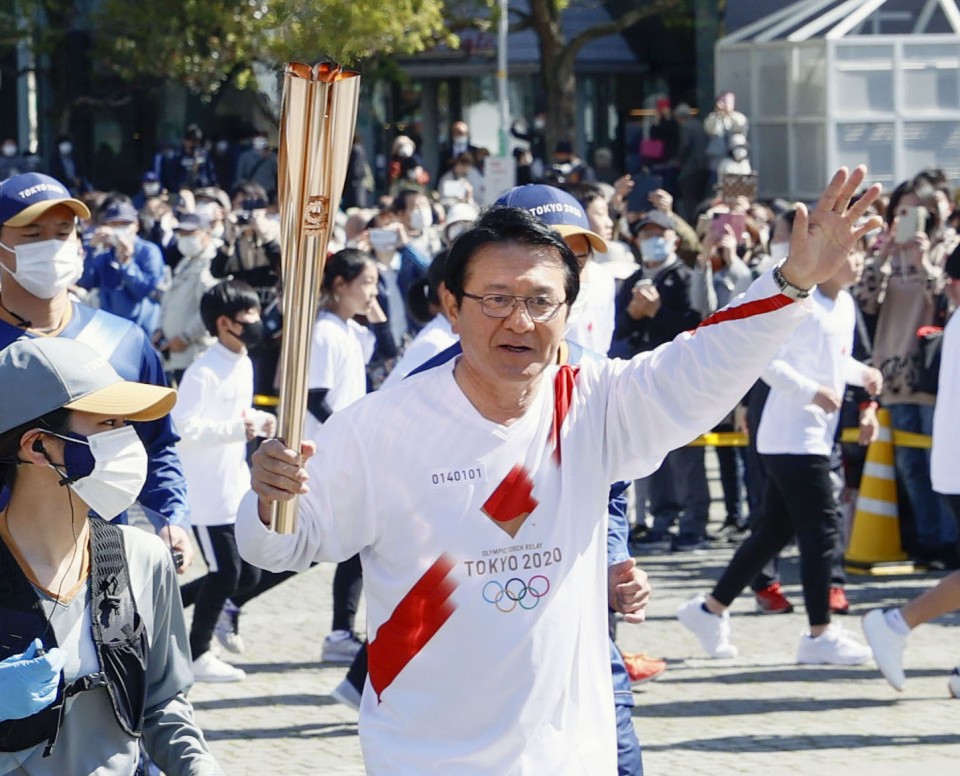 Toshiro Muto, CEO of the Tokyo Games organizing body, said the committee supports Yoshimura's decision. Based on a request from the prefecture, he said torchbearers will run at the Expo '70 Commemorative Park in the city of Suita without spectators, instead of on roads where large crowds may gather.

"Under the abnormal situation caused by the coronavirus, changing the format to reduce the risk is unavoidable," Muto told an online press conference after Osaka reported on Wednesday a record 878 new cases of the virus. 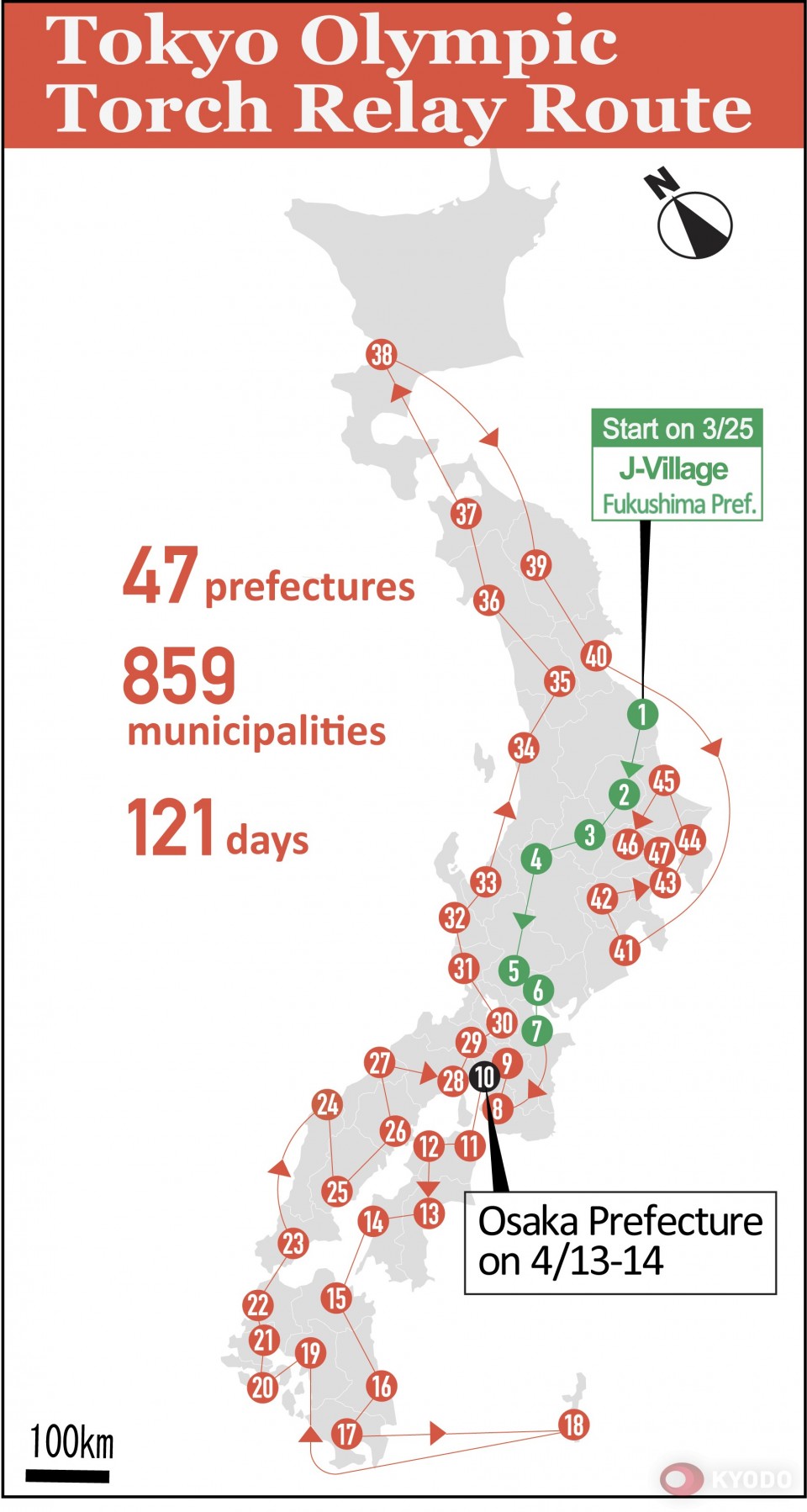 The nationwide torch relay that started on March 25 in the northeastern prefecture of Fukushima was scheduled to pass through all of Japan's 47 prefectures before the Olympic opening ceremony on July 23.

Osaka's cancellation casts another shadow over the organizing committee's efforts to convince the Japanese public that the Olympics and Paralympics can be staged safely amid the pandemic following their one-year postponement.

The local organizers had decided to cancel the routes going through the city of Osaka after Prime Minister Yoshihide Suga's government designated the prefecture and two other areas for stricter measures against COVID-19.

But the cancellation of the event not just in the city came as Osaka Prefecture declared a medical state of emergency due to the increased strain on its health care system.

People who were scheduled to carry the torch in the western Japan metropolis expressed disappointment.

"I wanted the children to see me run and learn the importance of taking on challenges," said Megumi Hirooka, a nursery staffer who was set to participate in the relay's segment in Kadoma.

Shigeo Nishimura, who was registered to carry the torch in Izumisano, also said, "I wanted to run in my hometown."

"But it is better than canceling the event altogether. I want to participate (in the event at the park) if I have the chance," the 71-year-old added. 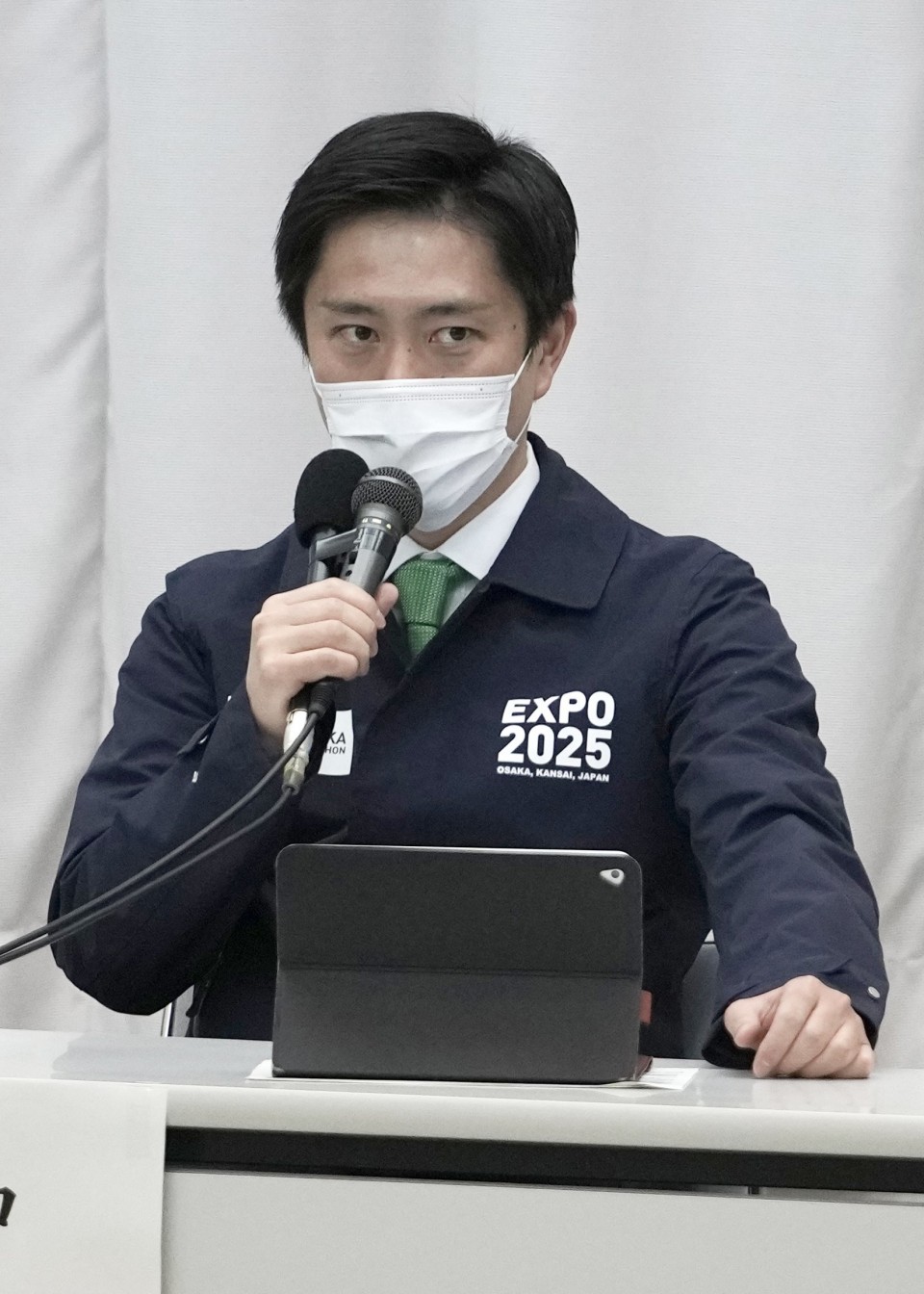 Osaka Gov. Hirofumi Yoshimura speaks at a meeting of the prefectural government's anti-coronavirus task force in Osaka on April 7, 2021. (Kyodo)

With less than four months until the opening of the Olympics, many people in Japan have been skeptical about holding the Summer Games amid the pandemic.

Aside from Osaka, Tokyo and several other prefectures have recently seen a surge in coronavirus cases, with the country reporting on Wednesday more than 3,000 new infections, the highest figure in over two months.

The organizing committee resumed holding Olympic and Paralympic test events this month for the first time since the games were postponed in March last year due to the global health crisis. However, the committee only has a few events where it can check its anti-virus steps with athletes from overseas.

According to a Kyodo News poll last month, only 23.2 percent of respondents wanted the Olympics and Paralympics to go ahead this summer, compared with 39.8 percent who wanted them to be canceled.