The Tokyo Olympic torch relay section due to be held in the city of Osaka later this month is set to be canceled due to a sharp rebound in coronavirus infections, officials said Thursday.

Just a week after the start of the nationwide relay, the event, aimed at boosting enthusiasm for the Olympics, was hit by more COVID-19-related trouble.

Osaka Gov. Hirofumi Yoshimura told reporters that the prefectural government will formally decide to cancel the relay's segment in the western city in the near future and will inform the organizing committee for the Tokyo Olympics and Paralympics.

Prime Minister Yoshihide Suga said that it was his understanding that the relay had been canceled when he spoke to reporters in Tokyo after the government designated Osaka and two other prefectures to take stricter measures against the virus from April 5 to May 5.

Earlier in the day, Yoshimura and Osaka Mayor Ichiro Matsui both made the proposal regarding the nationwide relay.

"Looking at the situation of the relay in (other parts of) the country, it has been crowded with many people," Matsui said at a press conference. "It is very unfortunate, but it should not take place." 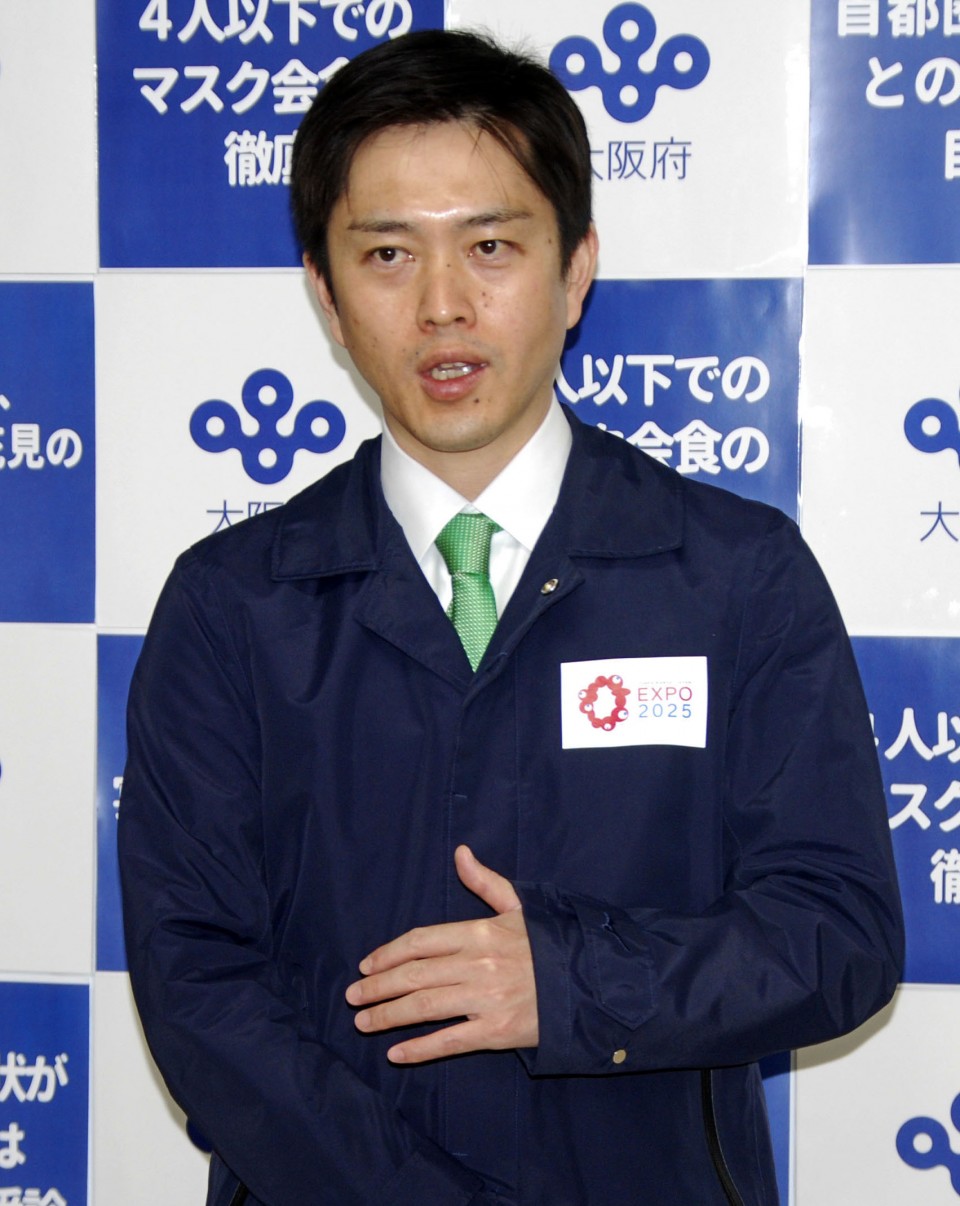 Osaka Gov. Hirofumi Yoshimura tells reporters at the prefectural government headquarters in Osaka on April 1, 2021, that the Tokyo Olympic torch relay legs scheduled for the city of Osaka later in the month should be canceled because of a rebound in coronavirus infections. (Kyodo) ==Kyodo

The organizing committee for the Tokyo Games, which were postponed for one year due to the coronavirus pandemic, said it will discuss with Osaka officials and try to make a decision as soon as possible.

A senior official at the committee said it will be "difficult" not to respect their policy on the relay section, which is scheduled to go through the major city on April 14, the second and final day it will be in Osaka Prefecture.

Yoshimura also expressed a similar view on Thursday, saying the prefectural government will ask residents of the city to refrain from going out following the designation, which enables local authorities to impose fines on restaurants and bars that do not shorten operating hours.

"The games organizing committee will make the final call based on its thinking, but the prefectural government should have an opinion about the matter," Yoshimura said, adding that segments in other Osaka municipalities can be held by implementing strict anti-virus steps.

The organizing committee has said the relay may be called off in municipalities under a COVID-19 state of emergency and ceremonies in those areas to be held without fans. 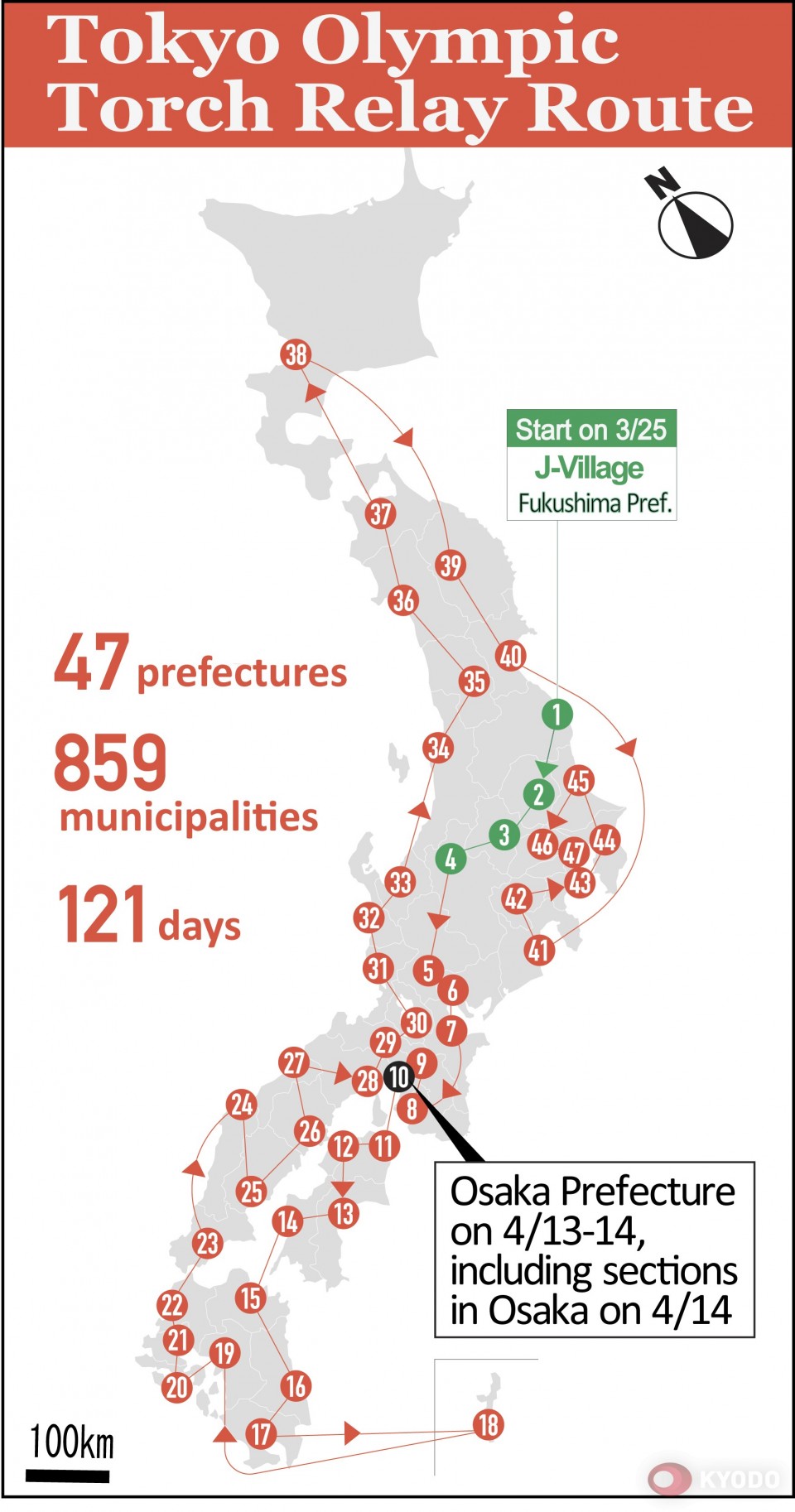 Matsui and Yoshimura said a ceremonial event in Osaka on April 14, the 100-day countdown to the opening of the Olympics, will not have spectators.

Osaka has seen an increase in COVID-19 infections since a state of emergency was lifted for the prefecture a month ago. It confirmed 616 new cases on Thursday, topping the 600 level for the first time since Jan. 16.

In addition to Osaka, Hyogo and Miyagi prefectures became the first to be designated as being on the brink of a state of emergency.

Following the designation, based on a law revision that took effect in February, stricter measures against the virus will be implemented in Osaka and the nearby cities of Kobe, Ashiya, Nishinomiya and Amagasaki in western Japan, as well as Sendai in northeastern Japan.

The Olympic flame is set to travel to all of Japan's 47 prefectures. The 121-day event started in Fukushima Prefecture on March 25.

The committee has taken various coronavirus countermeasures for the relay, including encouraging people to turn to live online broadcasts. Roadside spectators are requested to wear masks and keep a safe distance from others to prevent the spread of the virus.

However, some sections of the relay have been heavily crowded, even though the committee has said segments may be skipped if too many people show up to watch the event.

The pandemic has been a major concern for local governments planning to stage the torch relay safely.

Tatsuya Maruyama, governor of Shimane Prefecture in western Japan, has indicated that he will make a call by mid-April to cancel the torch relay there if the central and the Tokyo metropolitan governments do not improve their infection prevention measures. 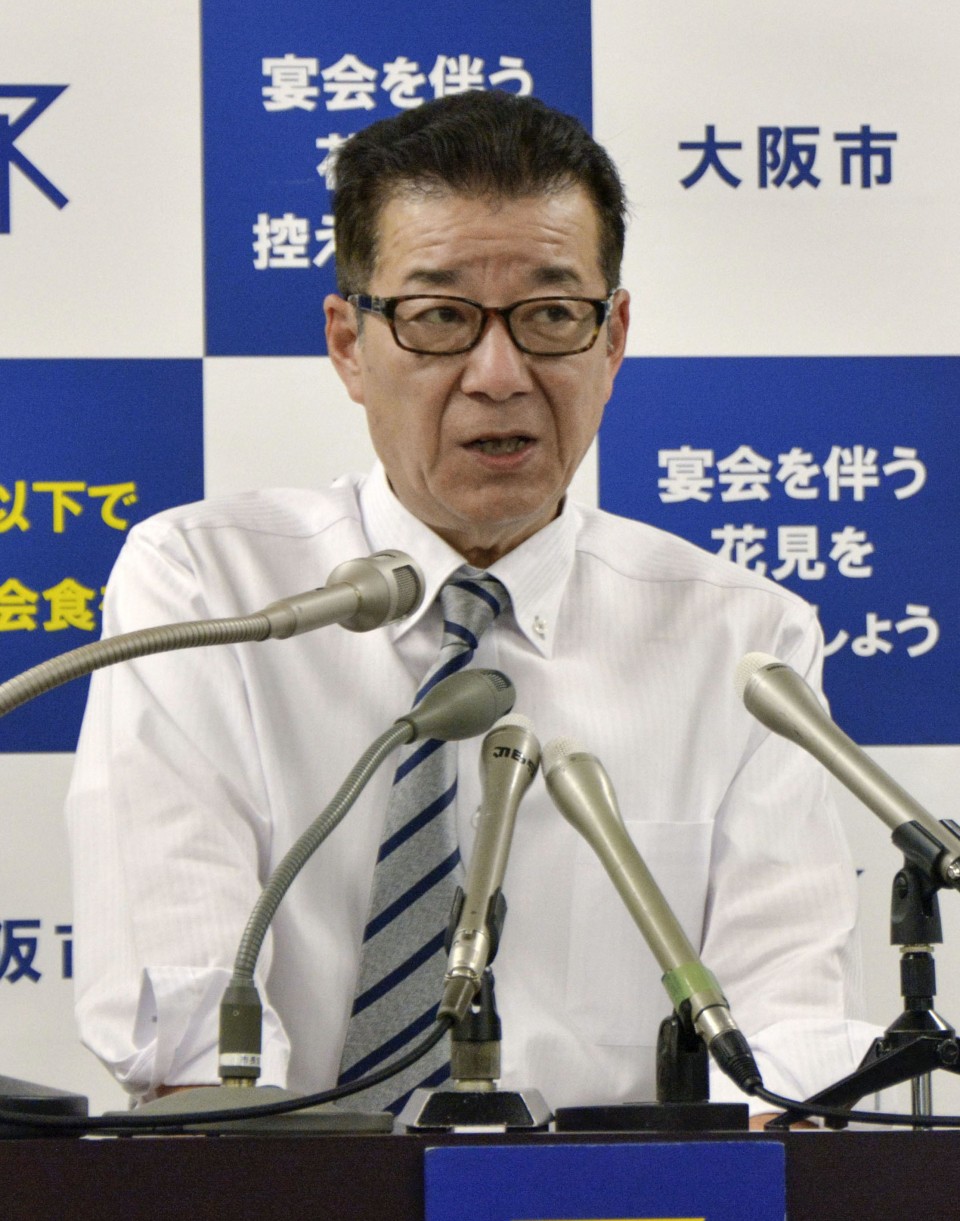 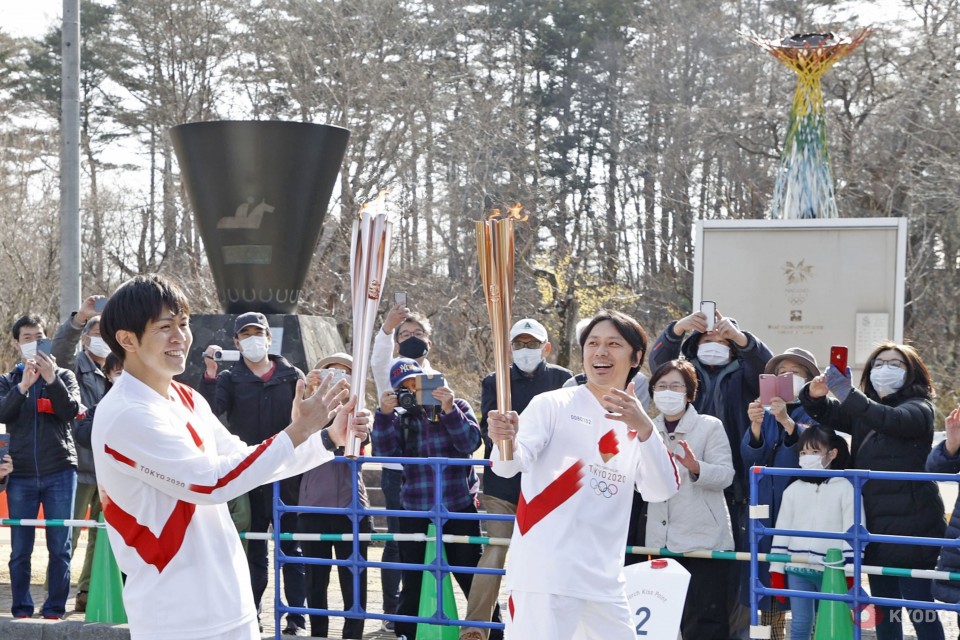