Seiko Hashimoto, president of the Tokyo Olympic organizing committee, said Friday the committee will hold discussions with Osaka officials as soon as possible on whether to hold the torch relay in the western Japan city.

Hashimoto's comment came a day after Osaka Gov. Hirofumi Yoshimura said the segment of the nationwide relay in the city on April 14 should be canceled due to a recent surge in coronavirus infections. 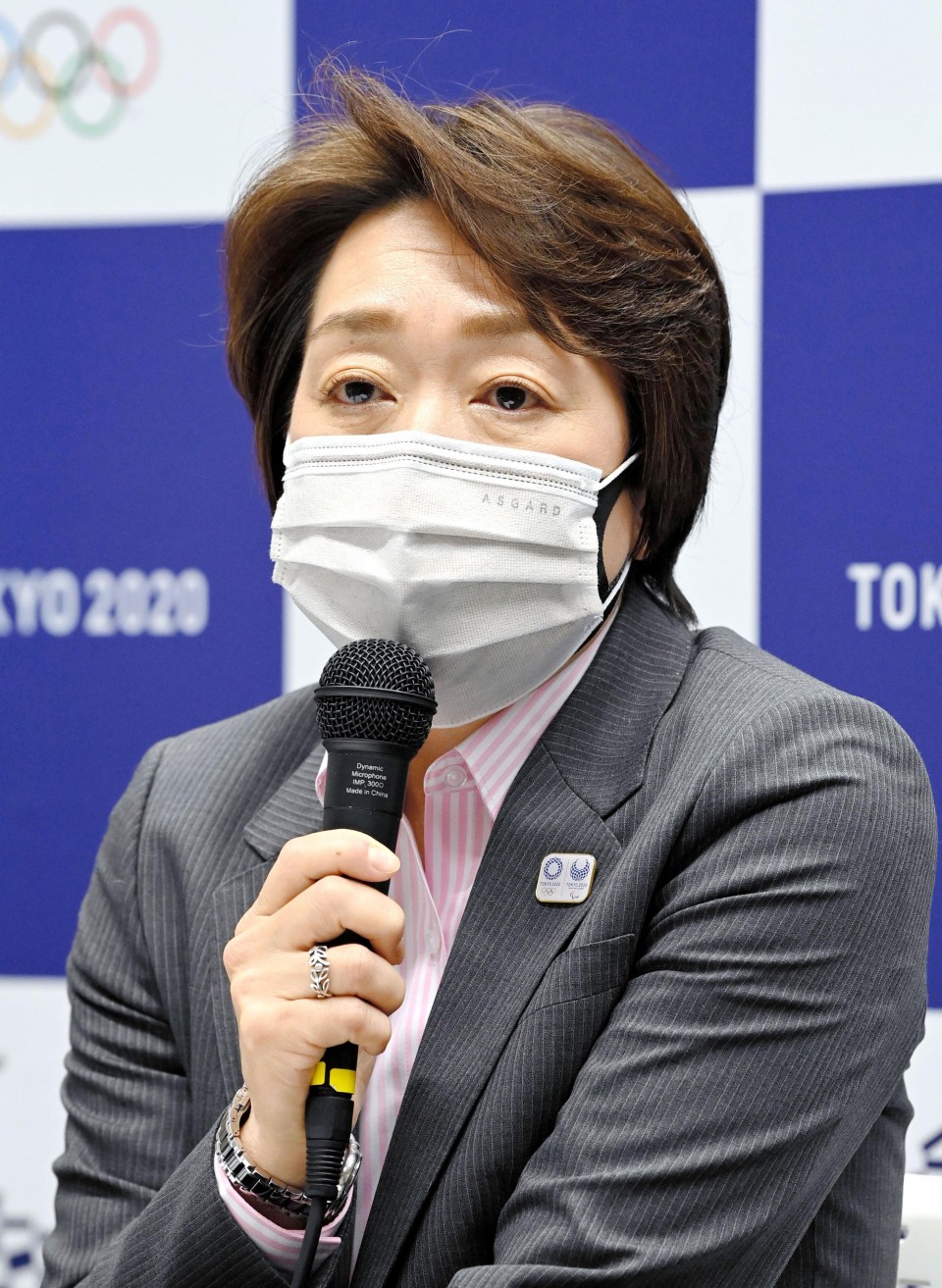 Seiko Hashimoto, president of the Tokyo Olympic and Paralympic organizing committee, speaks at a press conference in Tokyo on April 2, 2021, wearing a mask amid the novel coronavirus pandemic. (Pool photo) (Kyodo) ==Kyodo

"We will have thorough discussions with local officials about how the relay should be held so we can make an announcement quickly," Hashimoto said at a press conference.

She added the committee has not seen major problems since the 121-day relay started on March 25 in the northeastern prefecture of Fukushima.

An official at Osaka's torch relay planning committee said it plans to convene a meeting early next week to formally decide whether to cancel the relay's section going through the city and will inform the organizing committee.

On Thursday, Yoshimura and Osaka Mayor Ichiro Matsui said the relay should be called off because it is expected to draw a huge crowd amid a sharp rebound in coronavirus cases.

On the same day, when Osaka Prefecture confirmed 616 new coronavirus cases, the highest level in over two months, the central government designated it and two other prefectures as being on the brink of a COVID-19 state of emergency.

The committee has said it may cancel relay segments on public roads and hold ceremonial events without spectators in municipalities if they come under a state of emergency or if residents are asked to refrain from going outside.

The possible cancellation of the relay in one of Japan's busiest cities will deal a blow to the organizing committee's ongoing efforts to raise public support for the Olympics, which will open July 23 following a one-year postponement.

Hashimoto also said Friday the committee will not have a successor to Hiroshi Sasaki, who stepped down last month as chief director in charge of the Tokyo Games opening and closing ceremonies.

Sasaki's resignation, another setback to the committee, came after a weekly magazine first reported that he had proposed Naomi Watanabe, a plus-size female celebrity, dress as a pig during the Olympic opening ceremony.

"Most of the (planning) has been done, and we are at a stage of brushing it up. We will perfect everything under the current team," Hashimoto said.

The Japanese government on Thursday designated Osaka, Miyagi and Hyogo prefectures to take stricter COVID-19 measures from April 5 to May 5 based on a law revision that took effect in February.

With the designation, stricter measures against the virus will be implemented in Osaka and five other targeted cities.

The torch relay is scheduled to involve about 10,000 torchbearers traveling through all of Japan's 47 prefectures. While the organizing committee admits roadside spectators during the event, it has called for people to wear face masks and refrain from cheering loudly to prevent the spread of the virus.