North Korea resumed imports of some commodities from China in March, government data released Tuesday showed, although the nation has still closed its land border with its neighbors amid the spread of the novel coronavirus.

North Korea, whose economy has deteriorated following a plunge in trade with other countries to prevent the virus from entering the nation, imported products including fertilizer and agricultural chemicals from China last month, according to the Chinese data. 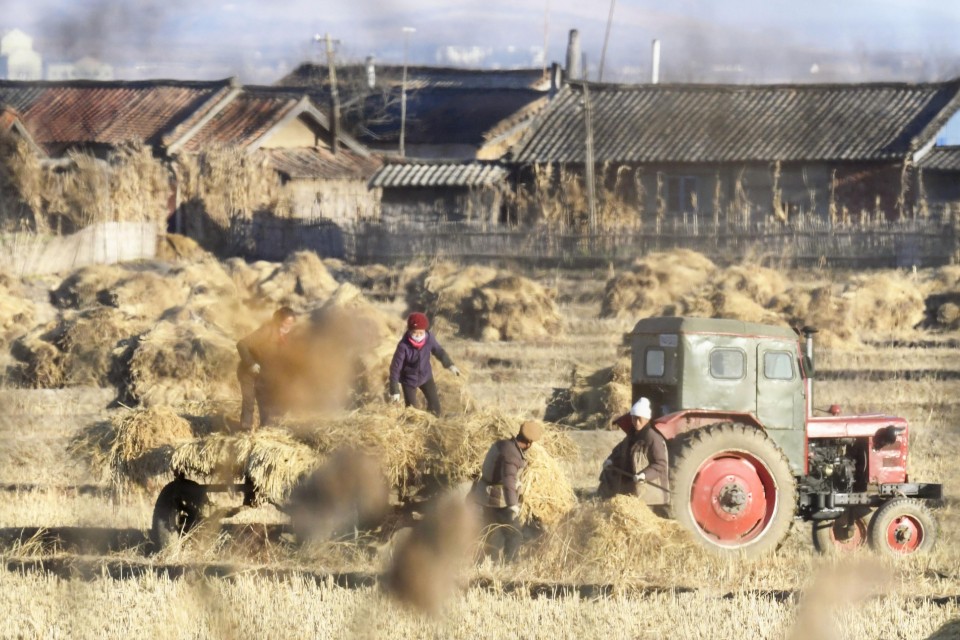 This photo taken from the Chinese city of Dandong shows North Koreans engaging in farming in a border area with China on Nov. 13, 2020. (Kyodo) ==Kyodo

The total value of China's exports to North Korea spiked to $12.98 million in March from about $3,000 in February, topping the $10 million mark for the first time since September, the General Administration of Customs said.

Chemical fertilizer, pesticide, herbicide and related items accounted for around 80 percent of the total exports. China apparently exported goods to North Korea by ship, given that land transportation, such as by railroad, was not confirmed in March.

Without imports of fertilizer from Chinese provinces like Liaoning, which borders the neighboring country, North Korea would suffer food shortage in the aftermath of a possible crop shortfall, foreign affairs experts say.

Pyongyang claims no infection cases have been found at home, but it has, in principle, cut off traffic to and from China and Russia since early last year. The virus was first detected in China's Wuhan in late 2019. 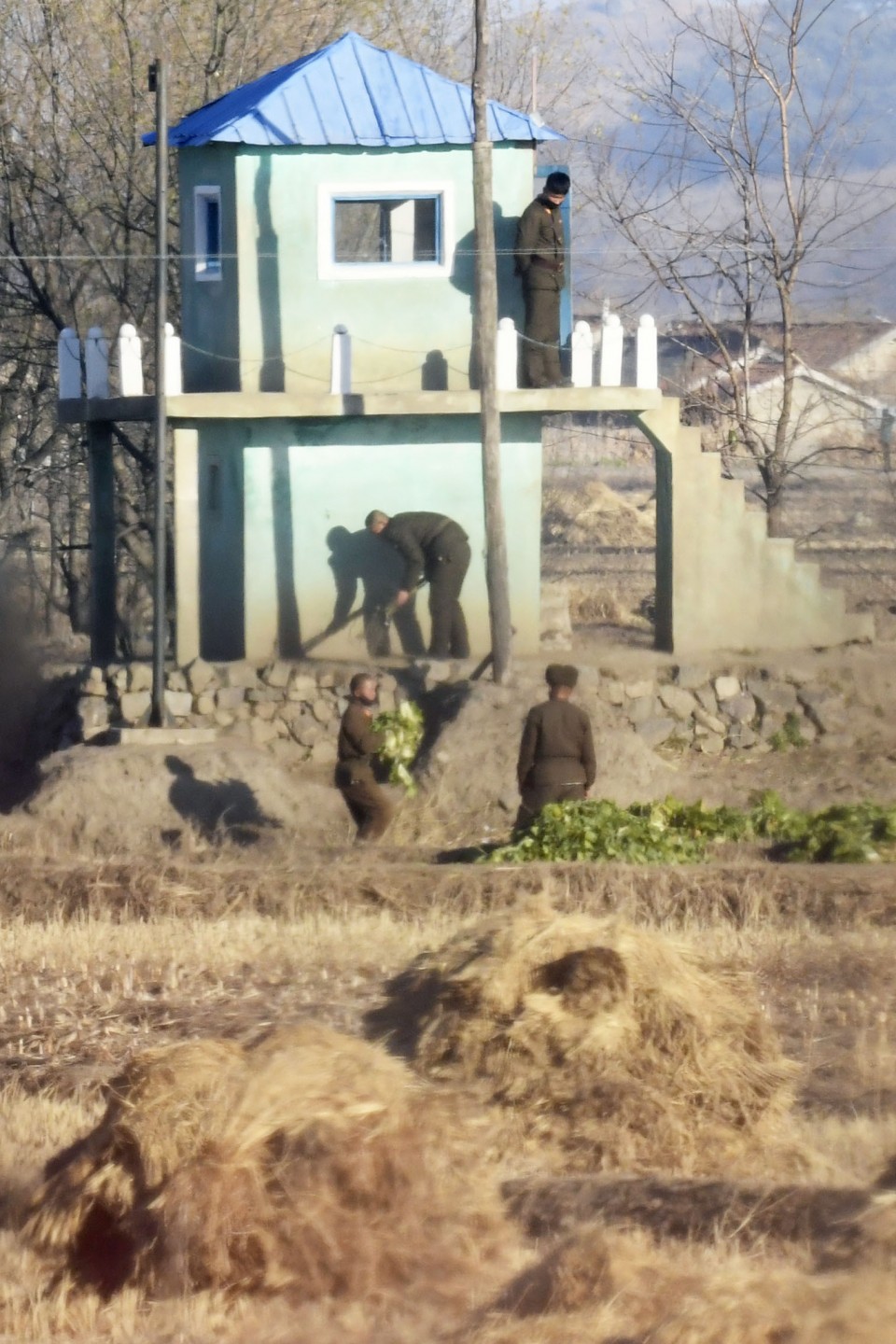 This photo taken from the Chinese city of Dandong shows North Korean soldiers engaging in farming in a border area with China on Nov. 13, 2020. (Kyodo) ==Kyodo

Beijing is known as Pyongyang's closest and most influential ally in economic terms. North Korea depends on China for over 90 percent of its trade.

In March, meanwhile, China's imports from North Korea stood at $1.31 million, the bureau said. Most of the imports may have been hydroelectric power generated by dams along the border.

The plummet in trade with China in the wake of the virus pandemic has fanned fears that North Korea's economy has languished further, making it more difficult for its citizens to receive adequate daily necessities.

Recently, China has been preparing to reopen a bridge on the Yalu River connecting it with North Korea, sources familiar with bilateral relations said, sparking speculation that land traffic between the two nations might restart in the not-so-distant future. 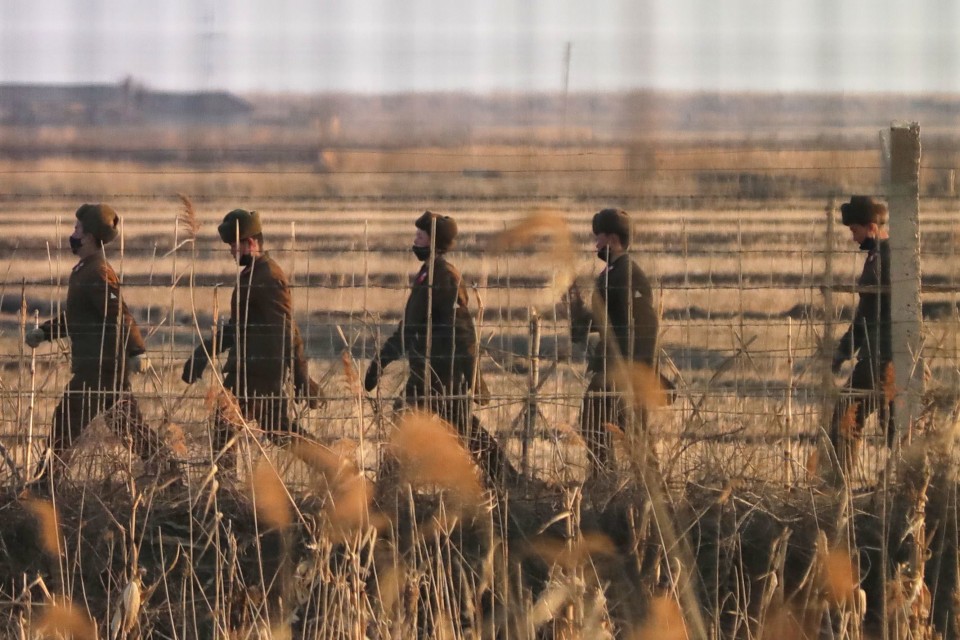 This photo taken from the Chinese city of Dandong shows North Korean soldiers patrolling a border area with China on March 22, 2021. (Kyodo) ==Kyodo