Family members of Japanese nationals abducted by North Korea in the 1970s and 1980s renewed their call Saturday for the return of the missing and demanded clearer action on the issue from Japan and the United States following a bilateral summit.

President Joe Biden reaffirmed the U.S. commitment to the immediate resolution of the abduction issue during his meeting with Japanese Prime Minister Yoshihide Suga in Washington on Friday, the president's first in-person meeting with a foreign leader since assuming office.

Suga also said at a joint press conference that their countries "will work together to seek an immediate resolution by North Korea." 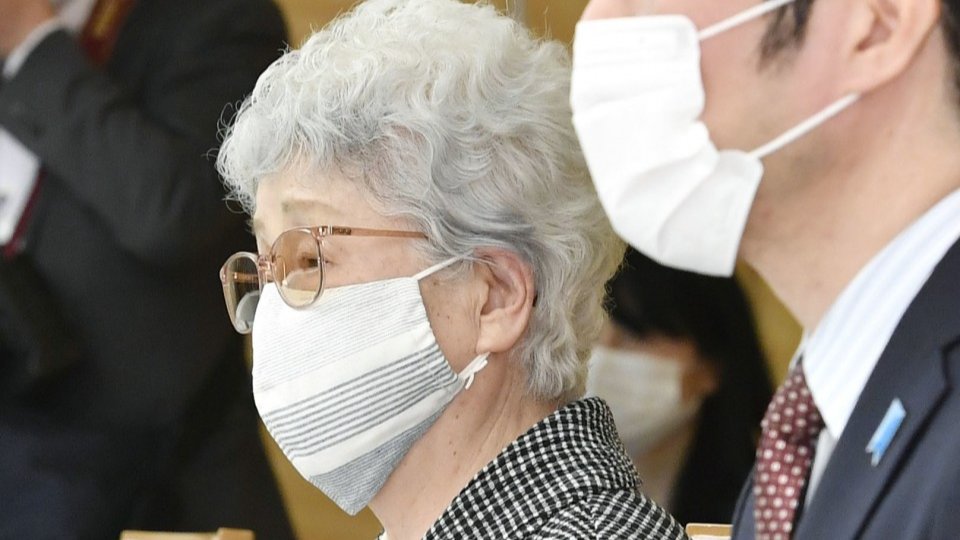 Sakie Yokota, 85, whose daughter Megumi was abducted when she was 13 in 1977 on her way home from school in Niigata Prefecture, welcomed the commitment.

"It is significant that this matter has gradually become more recognized on the global stage, compared with the time when nothing was moving with regard to the issue," said Yokota, adding the relatives' ultimate goal is for the abductees to "set foot on Japanese soil."

Yokota, with her late husband Shigeru, had long lobbied the United States for support in their efforts to secure the return of their daughter and the other abductees.

Shigeo Iizuka, 82, head of a group representing abductees' families, called for concrete actions by both countries.

"It is unclear how the United States can actually help and cooperate," said Iizuka, whose sister Yaeko Taguchi was abducted in 1978 at the age of 22.

"We cannot be satisfied with just words. I hope (the United States) will decide on what it can do and by when," he said.

Tokyo has been struggling to resolve the issue with Pyongyang.

Suga, who served as state minister in charge of the abduction issue under his predecessor Shinzo Abe, has said he is willing to meet with North Korean leader Kim Jong Un "without preconditions."

But Pyongyang maintains the issue has already been resolved, saying eight of the abductees have died, including Yokota's daughter, and the remaining four listed never entered the country.