It was around April 2019 when Tadatsugu Inoue of the Mii no Kotobuki sake brewery noticed the name of future U.S. presidential candidate Joe Biden appearing more regularly in the news, providing his business with a once-in-a-lifetime opportunity.

The coincidence of his brand being called "Hojo Biden" was not lost on Inoue, master brewer of the company based in Tachirai, Fukuoka Prefecture, making him think, "If this person (Biden) can become president, our sake might really start selling." 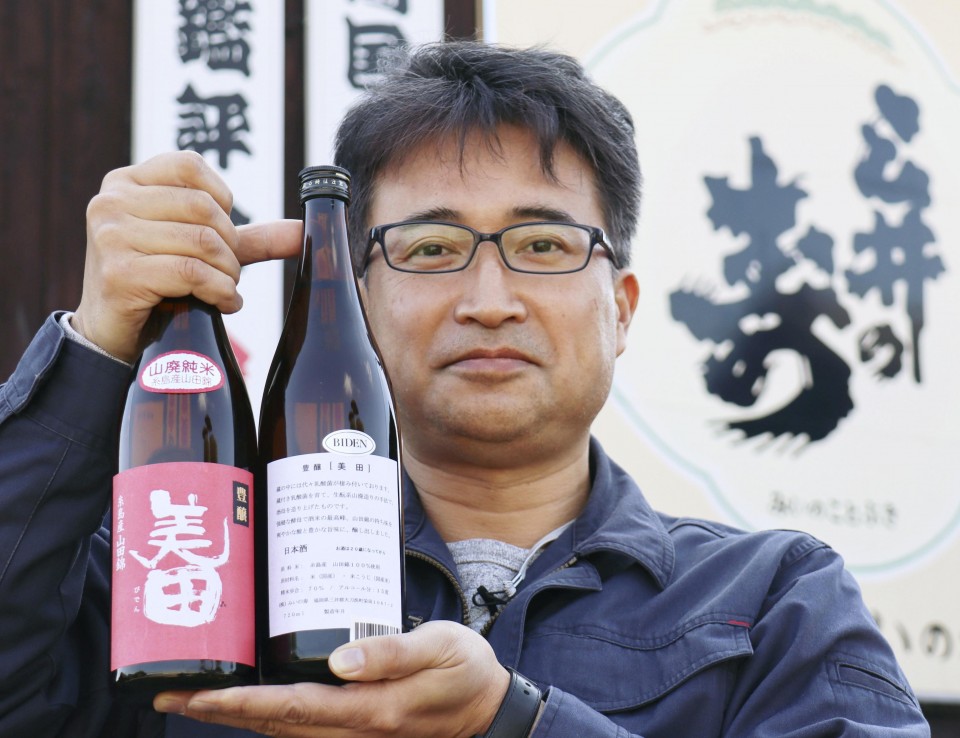 Now, despite the economic downturn due to the coronavirus pandemic, demand for Hojo Biden -- the part of the name shared with the U.S. president meaning pastoral beauty and rhyming with the English word Eden -- has been brisk, to say the least. "Our company has always had good fortune," said Inoue.

Mii no Kotobuki, founded in 1922, introduced the rice wine with a robust flavor meant for sake connoisseurs back in 1996 when Joe Biden was still a U.S. senator who had already made one unsuccessful bid at the Democratic presidential nomination.

The sake had long been a favorite of Takehiko Inoue, whose "Slam Dunk" manga gained worldwide popularity during its publication from 1990 to 1996, leading the author to reveal in 2008 that the brewery's product had inspired a character in the basketball-themed series. 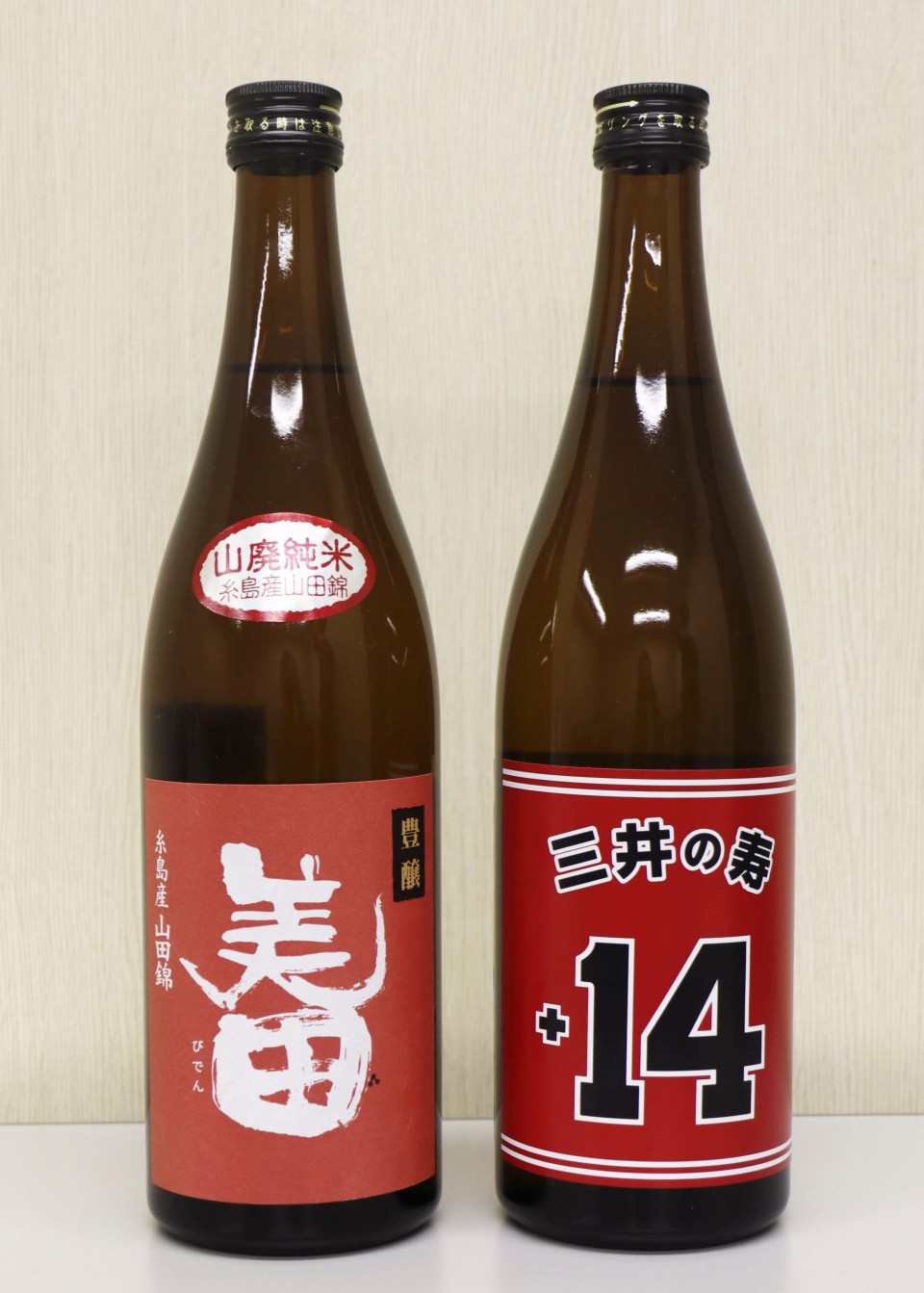 Photo taken on Feb. 28, 2021, shows bottles of Hojo Biden (L) and Mii no Kotobuki +14 daikarakuchi, based on a character from the "Slam Dunk" manga series, produced by sake brewer Mii no Kotobuki in Fukuoka Prefecture. (Kyodo)

The same year, Biden lost his second bid for the Democratic nomination but became the avuncular "Joe" as U.S. vice president under then-President Barack Obama and a household name in Japan.

Mii no Kotobuki, meanwhile, using its newfound profile from its association with the hit manga series, developed a new labor-intensive sake, using highly polished rice and fermented at cold temperatures, called "Mii no Kotobuki +14 daikarakuchi" -- featuring the player's No. 14 uniform number to indicate alcohol content and sweetness-to-dryness ratio, and a red label that was the same as the team's Chicago Bulls-red uniform.

The wide-ranging use of the character motif has brought success in Japan and proven alluring for drinkers of the high-grade, pure rice wine in China and other countries in Asia.

Brewer Inoue, who is also the company's managing director, says this past success -- and using a stroke of luck with his Biden branding -- has brought about good business opportunities.

In 2019, the brewery shipped 120 bottles of Hojo Biden to the U.S. market through a Tokyo export company, but orders dried up soon after. Things began to turn around when Biden was officially nominated as the Democratic candidate in August 2020, the brewery shipping 360 bottles and quickly selling out.

The export company sent an additional 480 bottles to the U.S. market in December after Biden's victory, and the orders have only continued to flow in since. "I think there are folks who think it is amusing to give this sake as a gift," Inoue said, of the product that has "Hojo Biden" written in English on its rear label. 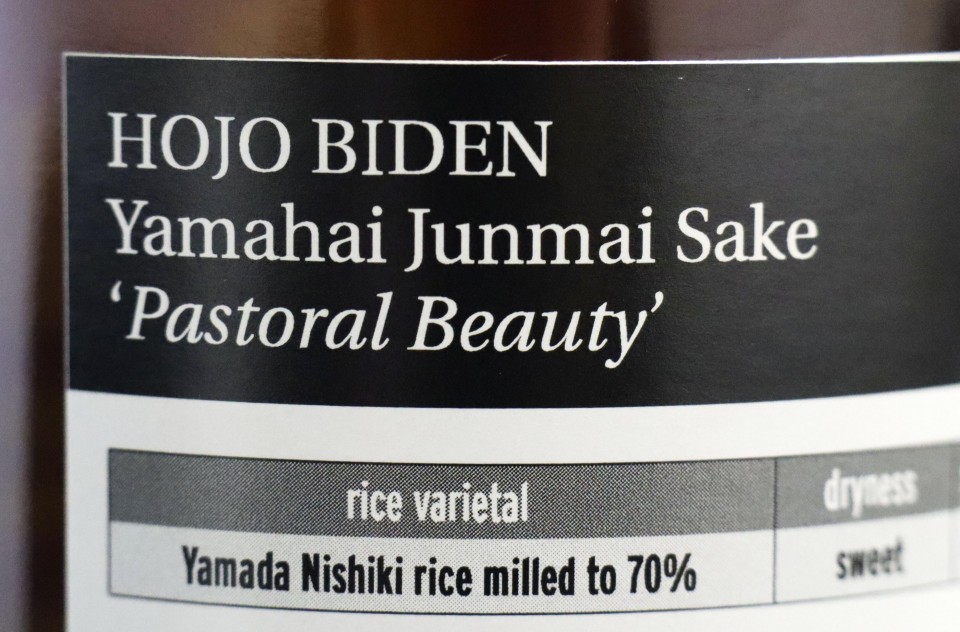 A label with Hojo Biden attached to a bottle bound for shipment to the United States is shown in this photo taken at the Mii no Kotobuki sake brewery in Fukuoka Prefecture, southwestern Japan, on Jan. 29, 2021. (Kyodo)

Even amid the uncertainty wrought by the pandemic, the company has ridden the wave of the "Biden effect." Stickers with the word "Biden" have also been applied to bottles in the main market in Japan as the company looks to capitalize on the name recognition.

Inoue only expects to expand the base of sake lovers at home and abroad into the future.

"It is not easy to get people who have never drunk sake to try. But if their interest is piqued because of the brand name, they may get to know the quality of the sake once they give it a try."