Riding the craft whisky boom at home and abroad, a small distillery north of Tokyo is boosting production to meet the growing demand for its world-renowned and award-winning "Ichiro's Malt" product.

Venture Whisky Ltd. in Chichibu, Saitama Prefecture, has established itself as a pioneer in the more recent Japanese craft whisky industry, which actually has roots in commercial production dating back nearly a century. 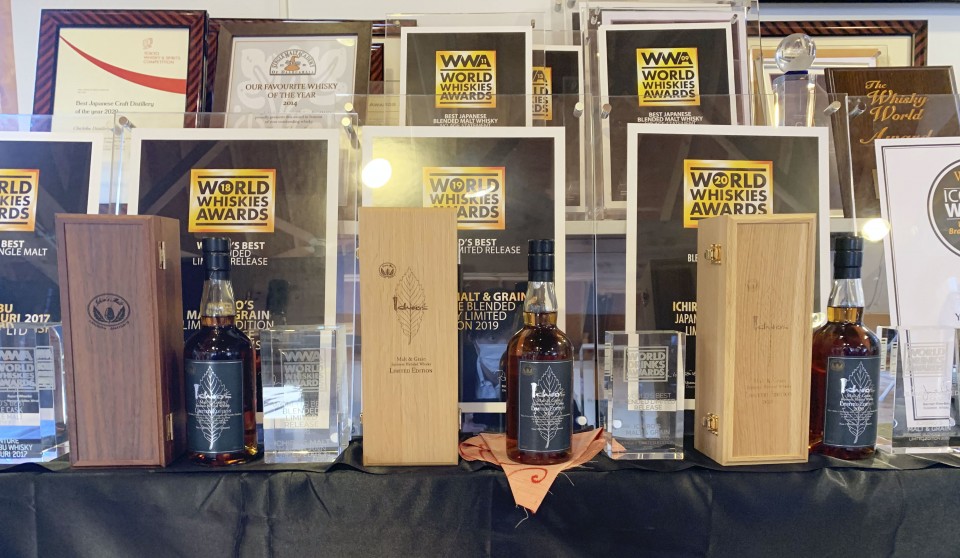 Several of Venture Whisky Ltd.'s award-winning "Ichiro's Malt" whiskies are displayed at the company in Saitama Prefecture, north of Tokyo, on Jan. 18, 2021. (Kyodo)

The company got a second distillery up and running in October 2019, boosting unblended malt whisky production capacity about fivefold. A new storage area for casks used to mature the whisky, the distillery's seventh, is expected to be ready this summer.

"Production is increasing, and so is our workload," Brand Ambassador Yumi Yoshikawa, 39, said in mid-January as workers were busy checking labels with the smell of the wort used in the fermentation process wafting around them.

Born into a family in Chichibu that began brewing sake during the Edo Period (1603-1868), Ichiro Akuto, 55, founded Venture Whisky in September 2004.

He took more than 400 casks of unblended whisky from Toa Shuzo, his father's brewery located in the Saitama Prefecture city of Hanyu, when the company became insolvent in 2000. After letting the whisky age for several more years, he sold it to start his new business.

At the time, the domestic whisky industry was in the doldrums with no new firms being established. Akuto won a whisky distilling license in 2008, the first person to do so in over three decades. 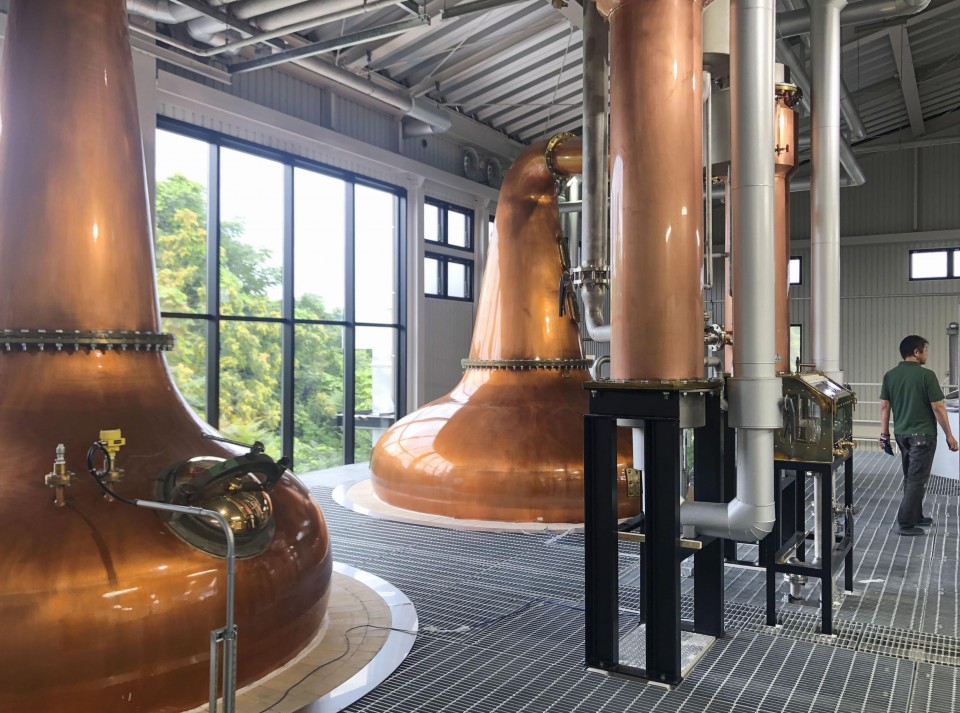 Whisky stills installed at Venture Whisky Ltd.'s second distillery,  which use direct fire, are shown in this supplied photo taken in Saitama Prefecture, north of Tokyo, on July 4, 2019. (Kyodo)

"It was a time when even department stores did not stock whiskies on their liquor shelves," Akuto recalled.

But change came when whisky highballs -- a mix of high-grade whisky and soda water -- gained popularity in Japan.

Whisky later gained a foothold in popular culture when the TV drama series "Massan," a fictionalized account of the lives of Masataka Taketsuru and his Scottish wife Jessie Cowan, aired on public broadcaster NHK between 2014 and 2015.

The program depicted the struggles of Taketsuru, who in real life played a key role in the opening of the country's first distillery in Yamazaki in 1923, to start Nikka Whisky Distilling Co.

After the hit series, Japan saw craft whisky distilleries popping up in various parts of the country. In 2016, Kenten Co.'s Akkeshi distillery opened in the northern prefecture of Hokkaido. 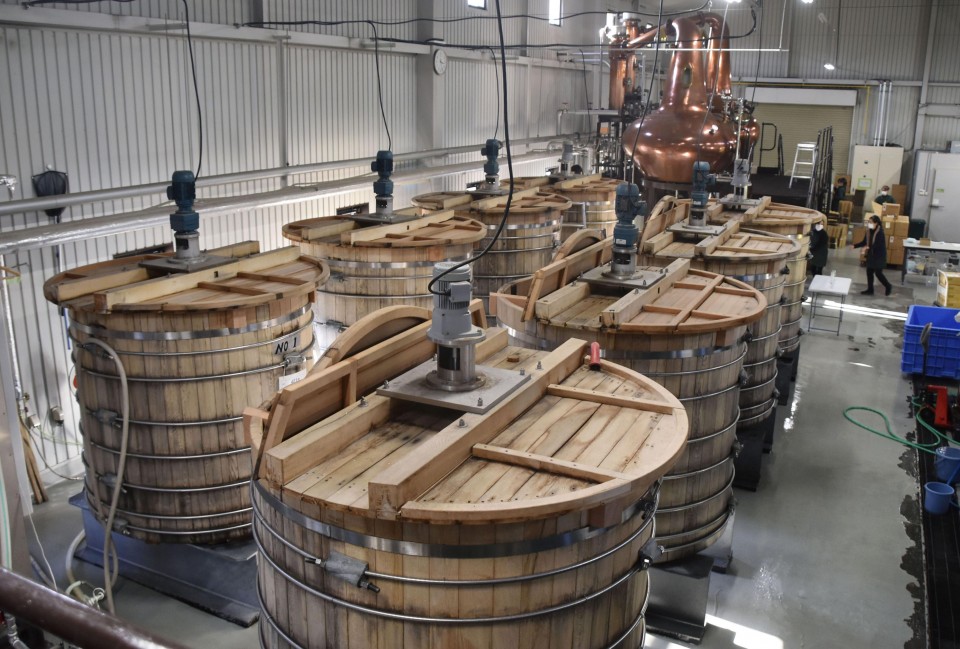 According to the Japan Spirits and Liqueurs Makers Association, whisky shipments in Japan totaled about 159,000 kiloliters in 2019, marking a roughly 2.5-fold increase over 12 years.

Venture Whisky's pursuit of excellence in its products has borne fruit, with a renowned British whisky magazine giving Ichiro's Malt, from the Hanyu distillery stock, its highest score in 2006.

In 2020, "Ichiro's Malt & Grain" was the winner at the World Whiskies Awards in Britain, named best blended limited release.

At its second distillery, where the new storage facility will double the capacity to keep casks for maturing whisky, Venture Whisky employees direct firing of the stills, imparting more complex and deeper flavors to the unblended whisky.

Initially a company of just four employees, with the recent expansion it now has 40.

"We've finally reached a point where we can be recognized as having grown into a whisky maker," Akuto said. "I'm resolved to make it grow further."