A sake master brewer in Japan was selected as one of the 100 "inspiring and influential women" around the world by the BBC on Tuesday, in an annual list published by the British broadcaster.

Miho Imada, 59, heads her family business Imada Sake Brewery Co. in Hiroshima Prefecture, western Japan. She is one of the few female master brewers in the country, which historically forbid women to enter breweries for hundreds of years. 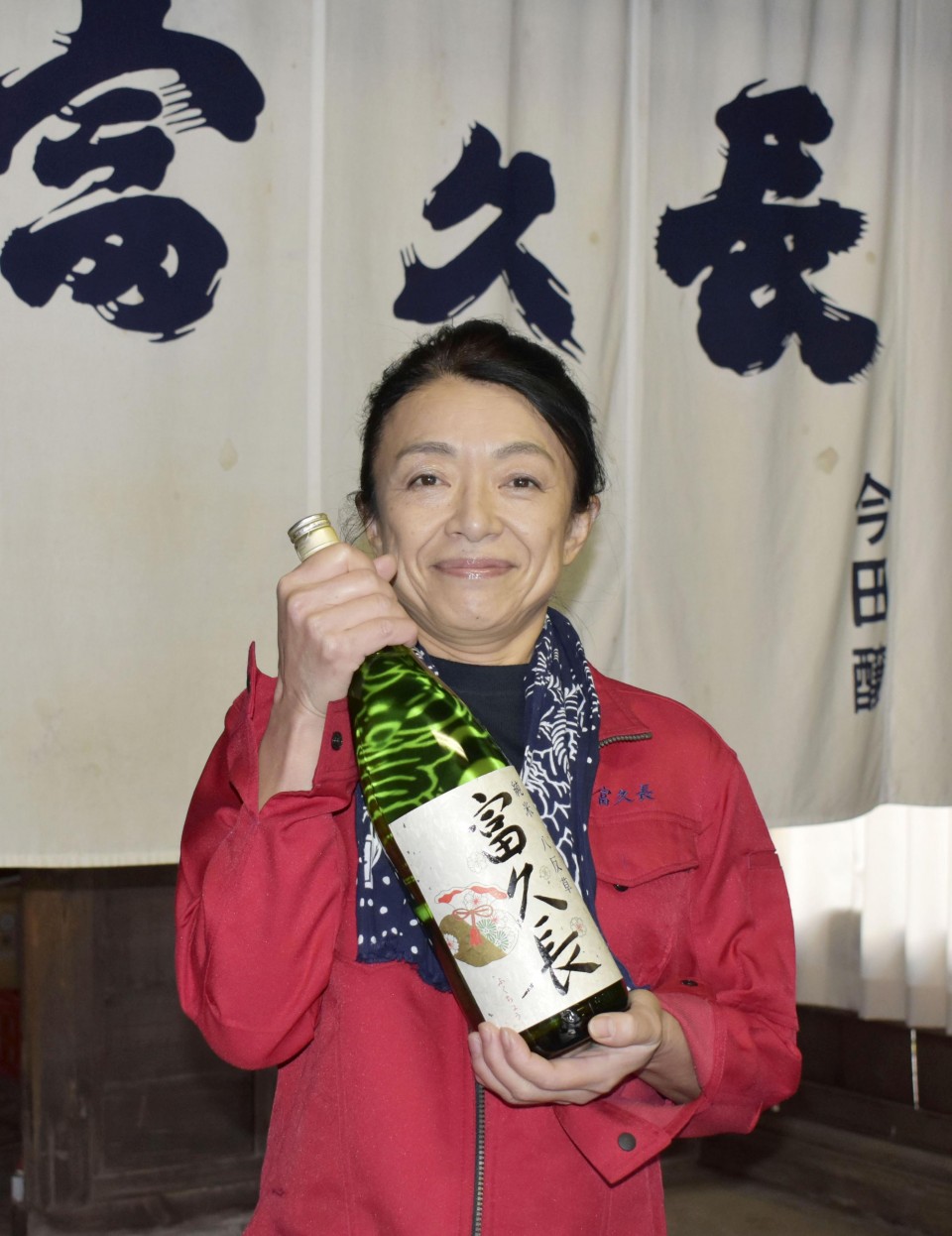 Japanese sake master brewer Miho Imada, selected by the BBC as one of 100 "inspiring and influential women" around the world, smiles on Nov. 25, 2020, in Hiroshima Prefecture. (Kyodo)

"I was surprised to be selected, but it made me realize that there are people abroad who are interested in Japanese sake," she said following the announcement. "This is a chance for the world to become more familiar with sake."

In 1994, she began working under the then-master brewer at the family brewery and eventually developed the "junmai-ginjo" sake -- made out of highly polished rice with no alcohol added -- named "Fukucho" from the locally grown "Hattanso" brand of rice, according to a booklet published last year by her alma mater Meiji University.

This year, Fukucho was among the gold medal recipients for the second straight year in the "junmai" category in the "Kura Master" sake contest in France. The product previously won the highest platinum medal at the same event.

In 2019, Imada appeared in the Japanese documentary film "Kampai! Sake Sisters," which also featured two other women working in the sake industry.