The sanctions come as the number of people detained since the coup has reached nearly 500 and arrest warrants have been issued to several celebrities amid an intensifying campaign by authorities against daily protests on the streets of Myanmar cities. 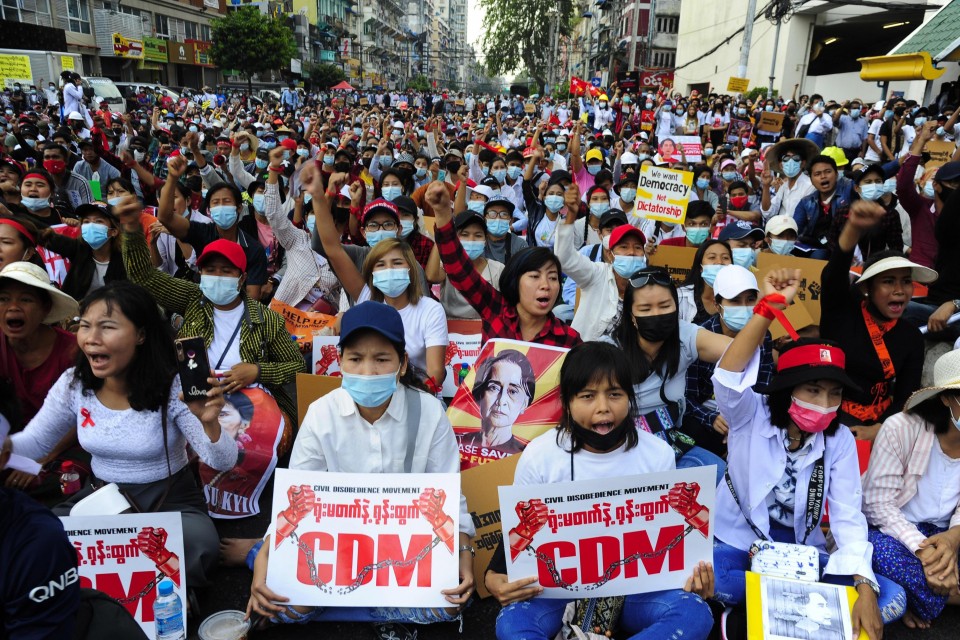 Protesters shout slogans during a rally against the military coup in Yangon on Feb. 18, 2021. (Anadolu Agency/Getty/Kyodo)

The British government will also prevent its aid from indirectly supporting Myanmar's military-led government and ensure that aid will only reach "the poorest and most vulnerable" in the Southeast Asian country, it said in a statement.

A total of 495 people have been detained since the coup, a Myanmar-based human rights group said Thursday. Of those, 460 remained in detention.

The military has issued arrest warrants on six celebrities, including film directors, for allegedly encouraging protests and strikes among civil servants.

It says a new election will be held after a state of emergency is lifted, with power transferred to the winning party.

The United States has already imposed sanctions on members of the Myanmar military and related companies.

Tom Andrews, the U.N. special rapporteur on the situation of human rights in Myanmar, has called for the U.N. Security Council to consider sanctions and other measures against Myanmar.