Large-scale protests in Myanmar against the Feb. 1 military coup that ousted Aung San Suu Kyi's party from power continued for a 12th day on Wednesday, with some local media reporting that millions participated nationwide.

In Yangon, the largest city, more than 100,000 people participated in a demonstration from the morning, with thousands of them occupying an intersection of a central road. 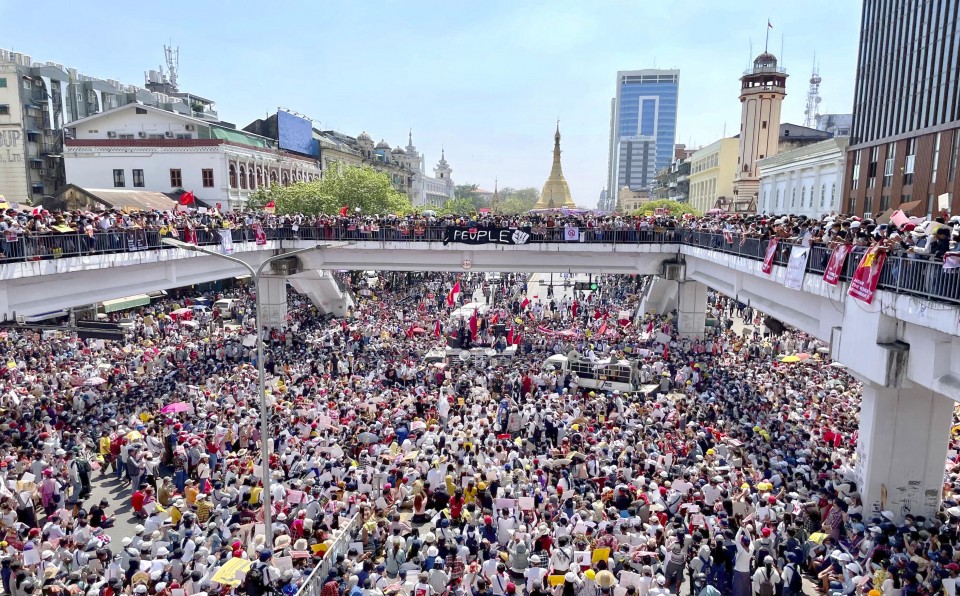 Big cheers and applause arose when a local singer called out from a makeshift stage, "Military administration is unacceptable! We cannot afford to lose our movement this time!"

In many places in Yangon, citizens opened the hoods of passenger cars to block roads as if their vehicles were broken, and calls were issued for civil servants to boycott work as part of the Civil Disobedience Movement.

In the capital Naypyitaw, large groups of motorcycles occupied the streets, encouraging participation in the movement, while in the second-largest city Mandalay, students enthusiastically held up pictures of Suu Kyi, chanting, "Free our leaders!"

The internet was cut off from dawn to around 9 a.m., and it has been speculated the military aims to obstruct citizens' demonstration plans through such blockages for three consecutive days.