Singapore and Indonesia strongly support the holding of a meeting of foreign ministers of the Association of Southeast Asian Nations to help Myanmar resolve its post-coup political conundrum, Singapore's Foreign Ministry said Thursday.

It said Singapore Foreign Minister Vivian Balakrishnan and visiting Indonesian Foreign Minister Retno Marsudi, in talks, "expressed strong support for a proposed Informal ASEAN Ministerial Meeting on Myanmar to be convened as soon as possible, to facilitate a constructive exchange of views and identify a possible way forward." 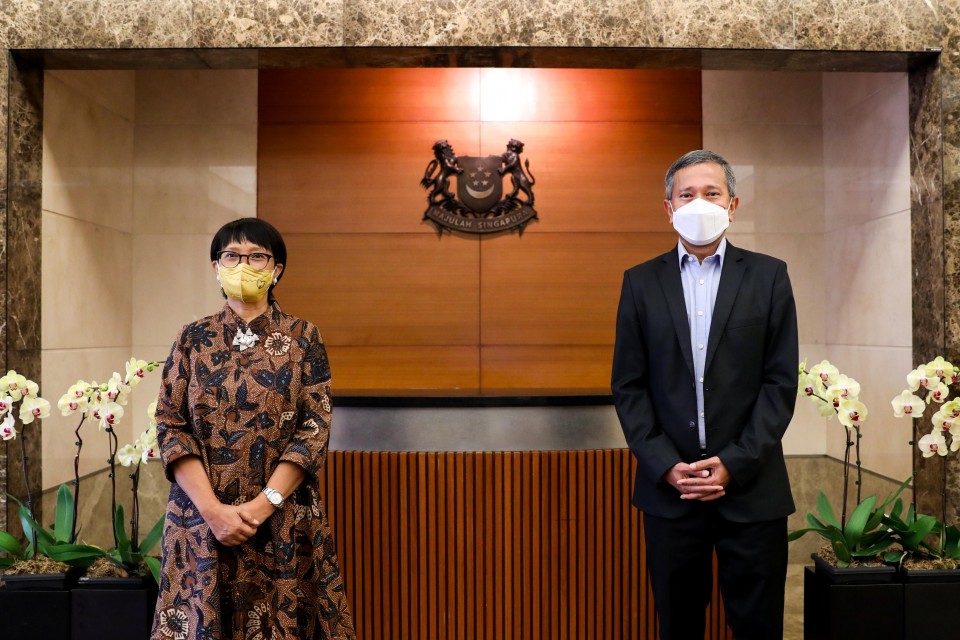 They agreed "that ASEAN can play an important role in facilitating constructive dialogue and a return to normalcy and stability in Myanmar," where the elected government of Aung San Suu Kyi was overthrown in a military coup on Feb. 1.

Their meeting came one day after Retno met in Brunei with the current chairman of ASEAN, Sultan Hassanal Bolkiah, who has also given his support for an immediate meeting.

In the statement, Balakrishnan urged all parties involved to exercise utmost restraint and take urgent steps to de-escalate the situation. "He stressed that there should be no violence against unarmed civilians. In particular, live rounds should not be fired on unarmed civilians under any circumstances."

Balakrishnan told parliament earlier this week that the obstacle for convening an urgent meeting of ASEAN foreign ministers on Myanmar is the "difficulty that we need consensus before the meeting can even take place."

"Our starting point has to be that every country's politics and destiny should be determined by its own people. Just as in Singapore we will not tolerate foreign interference in our politics, similarly we do not seek to interfere in others' domestic affairs," Balakrishnan told parliament.

He also said that Singapore is not in favor of generalized economic sanctions by the international community that would hurt ordinary citizens in Myanmar.